I went to the shops for my mum, and discovered that she won a small prize in the lottery – just enough to cover the cost of her next set of lottery tickets, which is nice.   It was very cloudy out but I just made it home before the rain starte 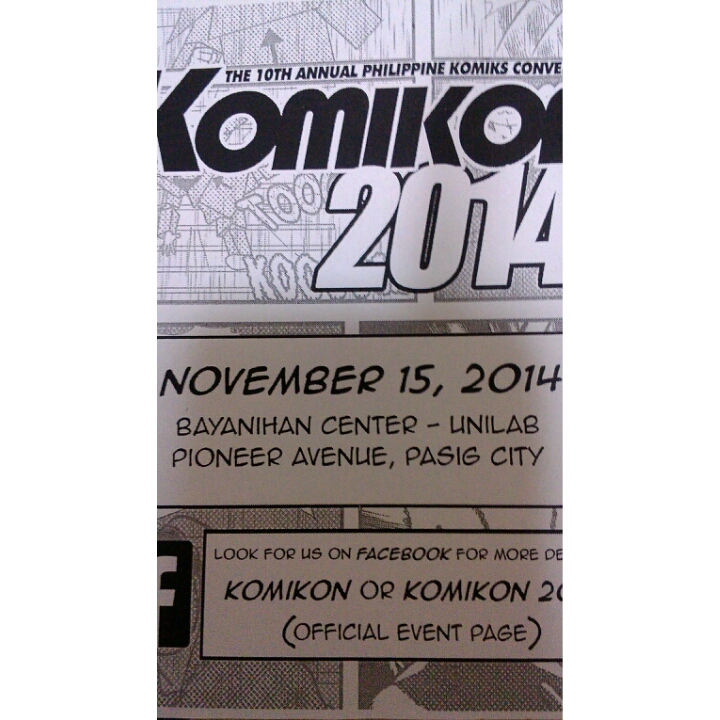 During my trip to the 35th Manila International Book Fair, one of the booths that I was looking forward to visit was booth 79. Booth 79 was the booth of Komikon Incorporated. Komikon Inc. is a group of independent comic book artists and they are the organi