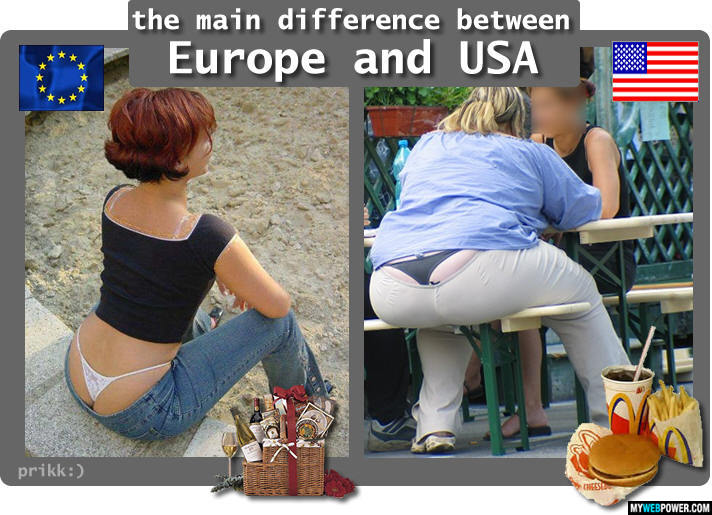 American jokes :
-Why do americans fail in the banana selling buisness? Because everytime they see a bent banana they would throw it away.
-A normal american guy bought the fastest and newest car ever created. He entered the car and turned on the radio ; He heard : "This Is London!" The man said : DAMN this thing is FAST!
- One American guy traveled to China on a trip. He got on a bus, and sat right behind the driver. There was too much traffic. The man said : "Man why is there too much people !" ..The bus driver said :" You right , in chinnna , evere minute there is a child born." The man said: "See that's what makes americans better , because in america every 9 months there is a child born! "
- An American guy called the firefighters : " Hey , listen man so if there's no fire we don't get a chance to see you guys ! "
- How does an american search for a rabbit ? He imitates the sound of a carrot.
American Jokes Volume 1

sorry friends this was just for fun