Lost And Comes to an End 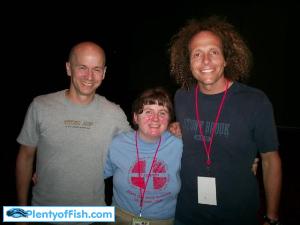 Lost And Found is made up of Michael D. Bridges and George R. Baum. Michael sings and plays the guitar. George sings and plays the piano. At times, George will play a recorder, a drum, or a slinky. Their voices may not strike people as great, but they are true musicians. They didn't set out to be a Christian band, but their love of Christ always informed their music.

I've always loved seeing their concerts. I've been a huge fan of their music as much of it comes straight from the scriptures. They write about other things, but the majority of songs are faith based.

The two are also extremely funny together. The wonderful feeling of people coming together as friends happens at their concerts.

In 2014, Lost And Found announced that they are no longer going to be performing as a band. This is due to them pursuing different roads for their lives. Their farewell tour will take place in 2015

It is well worth your time and money to see this band!!! Attend a concert if they are within a few hours travelling distance of your hometown! Find out more by visiting www.speedwood.com and going to the "Concerts Near You" link.