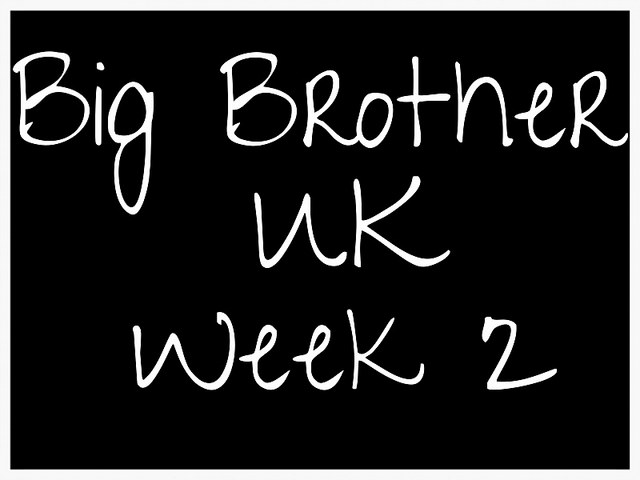 This week was pretty calm compared to last week's. There was still some drama, but nothing to the extent of the previous week. Chris was the power housemate. I'm glad he was. He handled it very well. He nominated the "cool kids" and made them shake in their boots. Steven, Ash, Pauline, Chris, Jale, and Marlon were the nominees.

This week there was an argument about Kimberly getting inside the shower with Winston. She was wearing a bathing suit, and so was he. Helen and Pauline blew it out of proportion and it was frustrating to watch. Toya also joined in and said Tamara would be watching and feel bad. It wasn't like Kim was in their with him kissing him. These housemates are so annoying. :P

In the end, it was Pauline that got evicted with 79% of the votes (out of 6 people). That is a lot! She got booed whenever she got out and it was glorious to watch! :D I like it when hated people get booed.

Overall, this week was was a bit bland. Toya is the new power housemate. She had to pick 1 other person to be in "power" with her. She chose Matthew and they are now a power-couple. And Big Brother made them nominate someone for eviction. They both chose Christopher. :( I love Christopher. He's so misunderstood.

I can't wait to see what the 3rd week has in store for us! :D

Image Credit » Photo By Me

What do you call it: Football or Soccer?