Spam is cheap. Referring both to the kind that is eaten and the kind you see on pretty much every corner of the Internet at least once. YouTube videos, blogging posts, message boards, you name it, you’ll see it. It even sneaks your way into your own personal e-mail.

The problem is there is a fair bit of the spam that makes me chuckle. In a “you have to be rather dense to believe the claims here” sort of way. Any claims regarding money, automatically causes a red flag to stick up in my mind.

That being said, I realize that there are people who believe those claims and then I get depressed. Someone has to be swallowing that line.

So yes, as much as we wonder who would believe a lot of these claims in spam messages about such and such’s aunt making so many dollars an hour, there are people who would believe that. Scam artists thrive as long as there is gullible people out there. Don’t believe everything you read.

Saturday Mornings Can Be Stressful Sometimes

What I really find sad is that often its the people who can least afford to fall for the scams that do and then their whole family suffers for it. 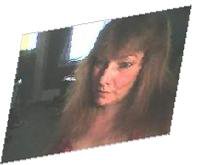 the Spam we eat is not so cheap anymore, LOL :)