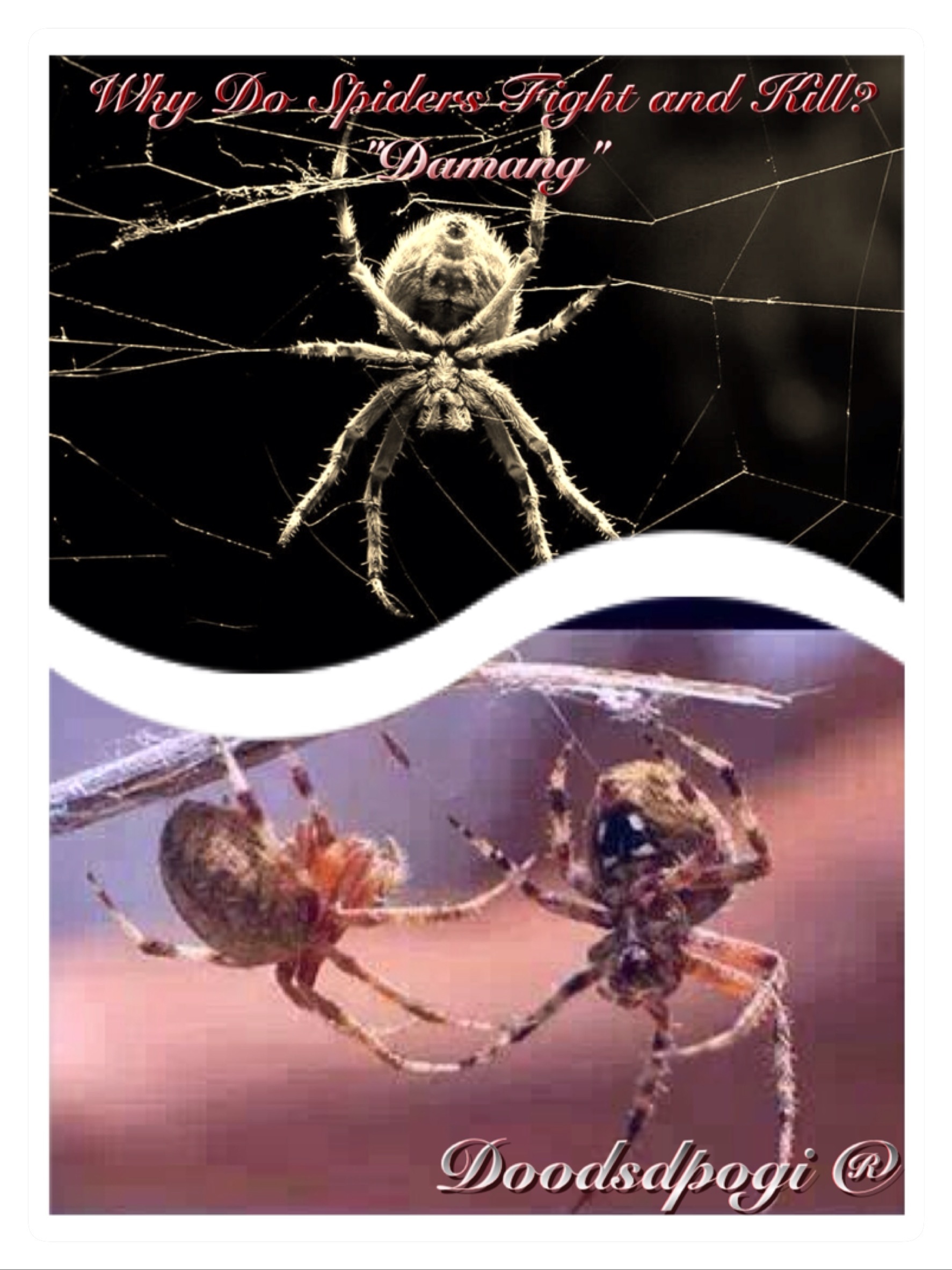 Why Do Spiders Fight and Kill

When I was a kid about seven until my early college years, there was an era for spider fight. Spider is called "Gagamba" in Tagalog but in our dialect it is known as "Damang". This was an ordinary child game which later became a gambling medium like cockpit. The spider fight status ranges from small street gambling to elite ones that deals with hundreds of thousands and even millions of pesos.

Spiders were somehow nocturnal that they build they webs during early night to catch their preys. Preys caught in the webs were usually small insects or of their sizes that sticked and trapped in their webs. Spiders seen in houses, stock rooms, and the bigger ones were not meant for spider fight only the small and the wild ones.

We usually look for them at early night from six o'clock and onward using flash lights at the leave and branches of the trees, bushes and shrubs. We will then put them inside the empty match boxes with dividers or else they will kills each other while being caged. We also catch small insects for them to eat or else the will become weak and die in few days.

In the morning, we have to select the most active and brave ones then separate them in solo match box for grooming into the best spider fighters. Every kids brags and proud for their front fighters and look for a match with that of other children's spiders.

Matching was usually based on the size of the spider. The arena of the fight is a straight twig or stick. The two competing spiders will be place at both ends of the stick then they will meet halfway, bite and kill each other. The winner was the one who first killed and cocooned the other fighter like a prey. Everybody will then shouts, clap hands, jumps and be happy seeing the winner. Some win cash or bet prizes, others do it for fun, or just to boast as powerful spider handlers.

When I was in high school, I came to realized why spiders fight and kill. Like men, why do some people kill others? Well, people usually kill for survival, if you will not not fight, you will be killed. Some do it for greed of money, or do it for fun and be happy, while others do it for pride, honor and power.

Image through the creation of Doodsdpogi ®

Originally Published in Bubblews by the same and one author Doodsdpogi ®