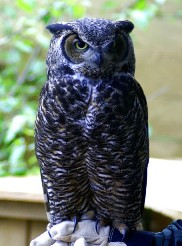 I had an opportunity to play the game Monopoly with my wife, daughter and one of my grand kids. The objective was to teach our granddaughter how to play the game. Initially we started out following all of the rules as laid out in the instructions that come with the game. There were to be no side bets or deals. The game progressed a long within the rules however when there were only a few monopolies, with Boardwalk and Park Place being one of them, we realized that some deals were going to have to made or we were in for a long and boring game.

For some reason our granddaughter had a number of properties and but not a complete set, and she had lots of cash (Well I guess all the time that I spent in jail did not help with my acquisition of real estate or improve my cash flow). My daughter decided that we needed to help our granddaughter by allowing her to make one or two side deals, to help some of us with our cash flow and to give her the experience of acquiring houses and collecting on the increased rents that resulted.

Well we all lost and the granddaughter ended up sending us all to the poor house, not bad for an eight year old.

Are you too Pushy?

I personally like this game because I can use it to teach my son about handling finances. I can use it to hone his needs and wants; and let him figure out for himself what those are in the future