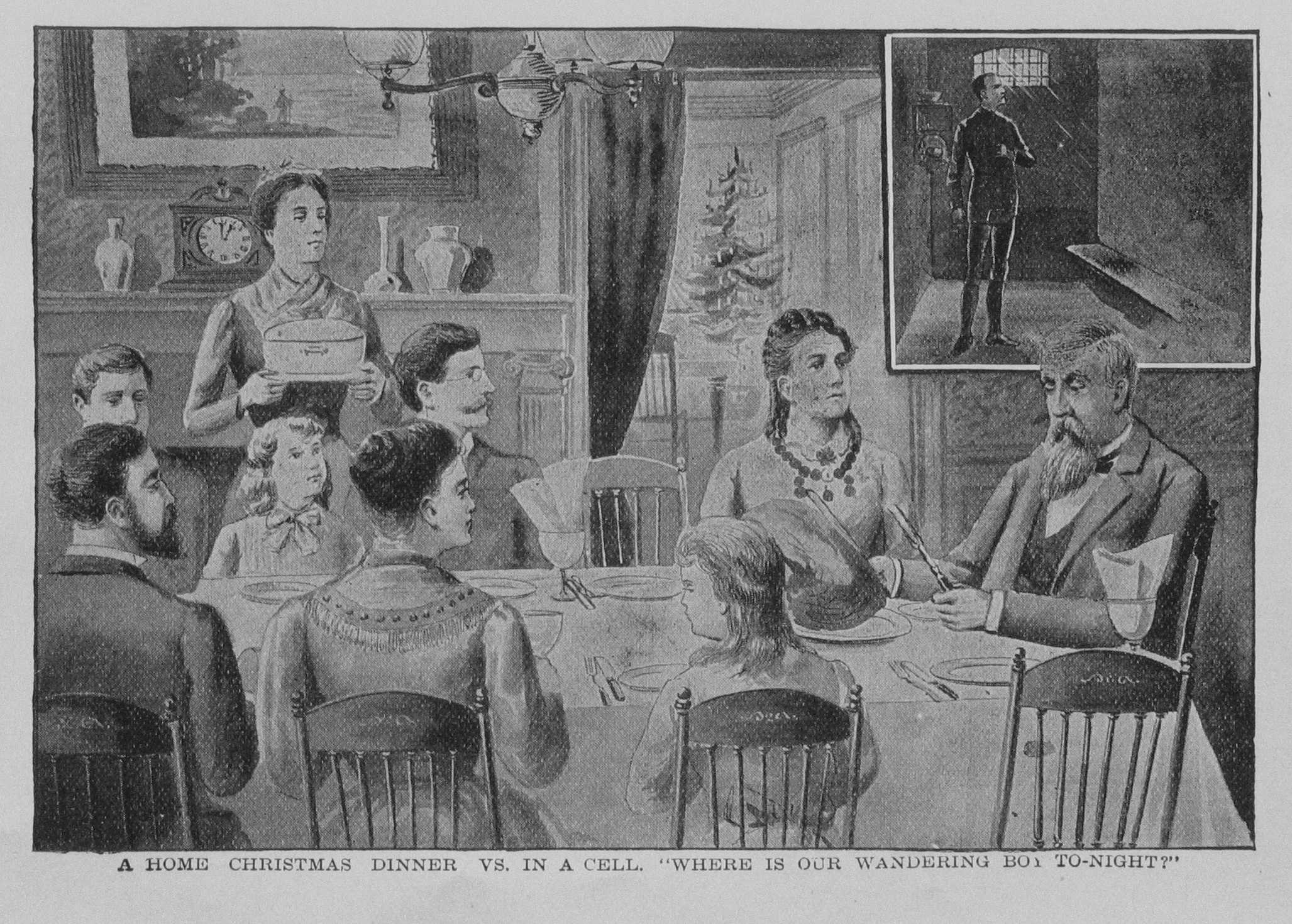 Here is a second extract from Bidwell's travels, telling how he started out on Wall Street.


The situation my father had obtained for me was with a sugar broker by
the name of Waterbury. He was a partner in a large refinery, his office
being in South Water street. He was a nice, conservative old man, and
let things run on easily. His chief clerk, Mr. Ambler, was every inch a
gentleman, who, quickly perceiving what an ignoramus I was, out of the
goodness of his heart resolved to teach me something.

There were two sharp young men in our office. They liked me well enough,
but used to guy me unmercifully for my simplicity and clumsiness. One of
them, Harry by name, was something of a scapegrace, and soon acquired
quite a power over me. I stood in much fear of his ridicule, and
frequently did things for which my conscience reproached me, rather than
stand the fire of his raillery. The greatest harm he did me was in
firing my imagination with stories of Wall street, of the fortunes that
were and could be made in the gold room or on 'Change. He made tolerably
clear the modus operandi of speculators, and I secretly resolved that
some day I, too, would try my fortune.

My friend Mr. Ambler's health was bad, and frequent attacks of illness
caused him to be away from the office for weeks at a time, and that
meant much loss to me. When I had been there about a year, he resigned
his position and went as manager for a factory in New Haven. But before
leaving he interested himself so far in my welfare as to secure me a
position with a firm of brokers in New street, at a salary of $10 a
week. My employers were good fellows, lovers of pleasure and men of the
world, not scrupling to talk freely with me of their various adventures
out of business hours. I had lost much of my awkwardness and gauche
manners, and under the $10 a week arrangement began to dress fairly
well. My employers did a brokerage business and speculated as well on
their own account. My duties were decidedly light and pleasant, and
brought me into contact with some of the sharpest as well as the most
famous men in the street. Among them was a brilliant young man of my own
age, who took a great fancy to me, and frequently proposed that we
should start for ourselves. Being doubtful of my powers, I shrank from
risking my scanty funds in any speculative venture. Much to my mother's
concern, I had begun attending the theatre, and one night, on my friend
Ed Weed's invitation, I went with him to Niblo's. After the performance
we went to supper at Delmonico's, and I was perfectly fascinated by the
company and surroundings, going home long past midnight a different man
than I had last left it.

The next day Ed came to the office and invited me to lunch, where, after
making some disparaging remarks about the country cut of my garments, he
offered to introduce me to his tailor, who was never in a hurry for his
money. After business that day we walked uptown together, and, prompted
by Ed, I ordered $150 worth of garments, then went to his outfitter and
ordered nearly an equal amount in shirts, ties, gloves, etc.

One amusing result was that when, a few days later, I walked down to our
office, comme il faut in garb, my employers raised my salary to $30 a
week, but this left me poorer than when I had husbanded my poor little
$10. Soon after, piloted by Ed, I ventured $50 on a margin in gold.
Unluckily, I won, invested again and again, and within fourteen days was
$284 ahead. I paid my tailor and outfitter's bill, bought a $100 watch
on credit, and gave a wine supper on borrowed money. Soon after this I
went to board at the old St. Nicholas, the then fashionable hotel. From
that time I began to drift more and more away from home influences.

Soon after the wine supper episode I threw up my position, and Ed and I
started on our own account under the name of E. Weed & Co. My partner's
parents were wealthy, and his father had been well known in the street,
which fact gave us standing.

The years I speak of were fortunate ones for Wall street, stocks of
every kind on the boom, the general wealth of the country massing up by
leaps and bounds, and every kind of speculative enterprise being
launched. Our firm history was the usual one of broker firms in that
tumultuous arena--the Wall street of those days--commissions in plenty,
a large income, but one's bank account never growing, for what was made
by day in the wild excitement of shifting values was thrown away amid
wilder scenes at night. Those, too, were, indeed, the flush times for
the professional gambler; for men were not content unless they burned
the candle at both ends. Day faro banks were open everywhere around the
Exchange, and enormous sums were nightly staked in the uptown games.
These were everywhere--all protected, and the proprietors invested their
money for rent, fixtures, etc., with as much confidence, and kept their
doors open as freely, as if embarked in a legitimate speculation.
Hundreds who spent the business hours of the day in the mad excitement
of the Exchange flocked around the green cloth at night, devoting the
same intensity of thought and brain to the turning of a card which
earlier in the day they had given to the market reports of the world.
Small wonder that death cut such wide swaths in the army of brokers.
Statistics show that it was more fatal to belong to that army than to an
army in the field.

Image Credit » This picture is in the Public Domain

Caught up by the glitter, he was enticed and fell. It's better to be in the lower income ranges, struggling some, than to fly high and reckless.

Yes, a lot of temptation from the glitter.