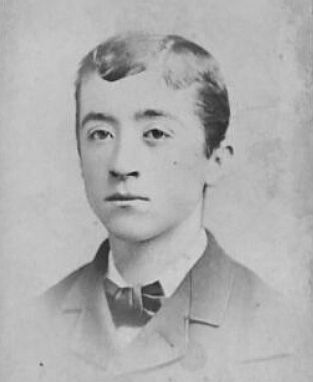 Everyone has a name. Why, there was even an actor named X Brands! Some names are short and sweet, appealing to the eyes and ears. Then again, there are names that are neither. We will speak of one that falls into both categories, A talented young fellow named Gelato Odzniezewski.

This fellow did not like his own name. It was his experience that everyone mocked his name. So, early on, he determined to change the way people viewed his name. He wanted it to become, in fact, a household "word." He figured he'd develop a new sweet treat and impart his name to it!

Now his father worked at a stockyard. The family was poor. One of the things that were hard to sell were hooves and such. So Gelato decided he'd work with those. He could obtain all he wanted from his father, and if he succeeded in his dream, he would improve their economic standing.

Gelato worked and worked and worked, until one day... Success! He combined the concentrated broth of the animal parts with a rich fruit flavor, and served the combination with a whipped dairy topping. He proudly offered his product, free of charge, at first, to the public. It was a hit. So he abbreviated his name, imparting that name to the product...

Dementia - Is It Truly Loss of Memory?

I like jelly. Not sure whether we have gelo here but I think it's the same stuff. I did not believe my father when he told me as a child that jelly was made from pigs' trotters. Nearly put me off! Yet nowadays when I roast a chicken, I save the gelatin for putting into soup (made from the carcass slow cooked for 36 - 48 hours).

Not sure I'm translating what you've said, Meg, but I'll take your word for it. It took me a bit to interpret trotters -- you mean, I presume, feet?

And my name means "conqueror." No one in their right mind wants to be a loser.

Great to know the meaning of your name Vince as a conqueror. You'll be needing a warrior like me. Lol.