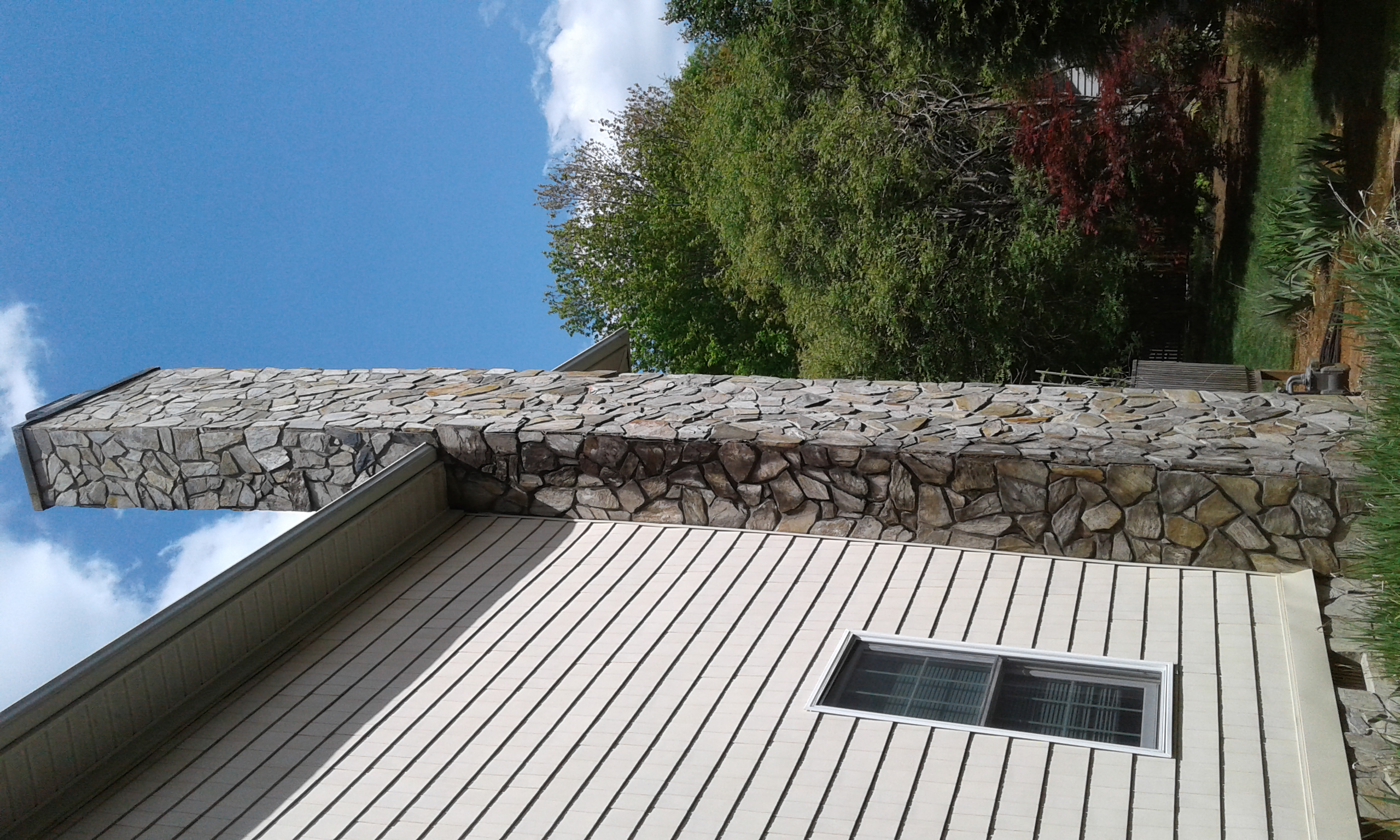 Hey Friends, it's a bright, sunny Sunday morning in North Carolina, and there are contractors doing very noisy work on my house. We had chimney issues (refer to the lovely picture). Maybe I will write about that in a bit, but for now, I want to write about my side hustle (that's an American slang term for making money on the side of your regular job).

Obviously, part of the side hustle is writing. Some of you know me from my very first content creation gig at Associated Content, which Yahoo bought and then eventually killed off, because that's what they do. Before Yahoo tore down the house, a lot of us discovered Bubblews, which seemed too good to be true, because it was. That's gone, too, and so is Niume, a stunningly beautiful website that also just couldn't afford to pay. I love the community at Persona Paper, which even though not currently paying, I still pop in from time to time. Hello!

After Persona Paper stopped paying, I found MyLot, which is still chugging along and even still paying. In addition, I also wrote for Bukisa some years back, which theoretically paid but actually didn't (well, not yet, anyway; read on). However. what they did do was hook me up with my own Google AdSense account, which I didn't really know enough to do anything with for the first few years, so the few dollars I earned with Bukisa sat there in the account, patiently waiting. I think it was about 6 bucks. I realized that Blogger was a Google platform and that my AdSense account could be linked to it, once the blog was approved to be monetized (this usually takes a couple of weeks, during which you need to post your little heart out, preferably with SEO-laden content). I now have four blogs, all linked to AdSense. If you would like to check them out to see what I am writing about, here they are:

The problem with Google is that they have a ridiculously high payout threshold, at least compared to MyLot and the other writing sites that we've seen come and go. You have to earn $100 before they pay out. I'm up to $83.51 after, what, eight years? But to be fair, out of the four blogs, I only have about 200 posts, at most, so I need to get moving on those!

So MyLot and Blogger are my current preferred revenue streams for writing. My two other revenue streams are not preferred, because they depend on filling assignments for clients instead of writing about whatever the heck I want, but I have made a decent amount of money from them, so you might want to try: HireWriters and UpWork (which used to be called oDesk). I've done a lot for HireWriters. I haven't done anything, technically, for Upwork, but I did a good bit back when they were oDesk. If you don't mind tight deadlines, try those - they are legit sites. The pay is so-so, but you can luck out and find clients who give you good, steady work for more money. That's it for the writing. There's still a LOT more to come, but this is already extremely long, so we'll continue later.
Tweet

Image Credit » my own photo

I wrote on a few of these. I also wrote for DemandStudios or DemandMedia. That one paid the best. In addition, I wrote for two or three more, including BrightHub. I think the days of the generic online writer are pretty much kaput. My AdSense account for QuirkyScience pays me more, but then, I have over 500 articles there. To be honest, I'm pretty much burned out. I can probably write better than ever, but write what?

I remember 3 of your blogs, though I don't think I ever saw the Greensboro one. I still occasionally write for hubpages and get an occasional $50 payout. My adsense account is roughly at the same level as yours at present but it pays me out about once a year.

It's just as well, I suppose. Those sites attracted huge amounts of plagiarists. That kind of people wouldn't bother developing a blog, so that's probably the best option for those of us who want to write about whatever we want. QuirkyScience sounds fun!

I don't usually promote the Greensboro one because it has such a narrow focus. If you don't live in Greensboro, or at least plan to visit, it won't be very useful. But it gets a decent number of views, because Greensboro is a fairly large city (about 300,000 people). I have a Facebook page for it and one for All Sorts of Art by Ali, as well.

Someone on MyLot mentioned Hubpages-- I never did write for them, but it's kind of cool that they are still around. MyLot's payout threshold is only $5, and they pay once a month, so if you've got at least 5 bucks on money day, you get whatever you've earned. The earnings there are based on interaction, though, not views, so you have to spend a lot of time on the site. It's good for people who like to socialize (after all, Facebook doesn't pay).

Also, I'm sorry but I have edited this article three times and still can't seem to get paragraph breaks into it (they display on my edit screen, but not here). Sorry about the huge block of text!

The VinceSummers's Quirky Science site is very interesting and useful. One article I remember is "Why dogs pee on tires"!

It's no problem. Most people on this site now write quite short articles. You can use HTML in the editor to add the paragraph and break code. These won't show up here in the comments, they get stripped out but if you use the "greater than" and "less than" symbols around the letter p (no quotes) you should get a paragraph. Similarly around br, it will give you a line break.

Um, ahem, yes! One of my more highly intellectual dissertations.

But the title was memorable! Hope you are keeping well Vincesummers

Good morning. I still get regular money 50-60 bucks a month from hubpages.com from my old articles back from a time when my brain worked well.

That's fantastic passive income! It's nice to see you here again after so long.