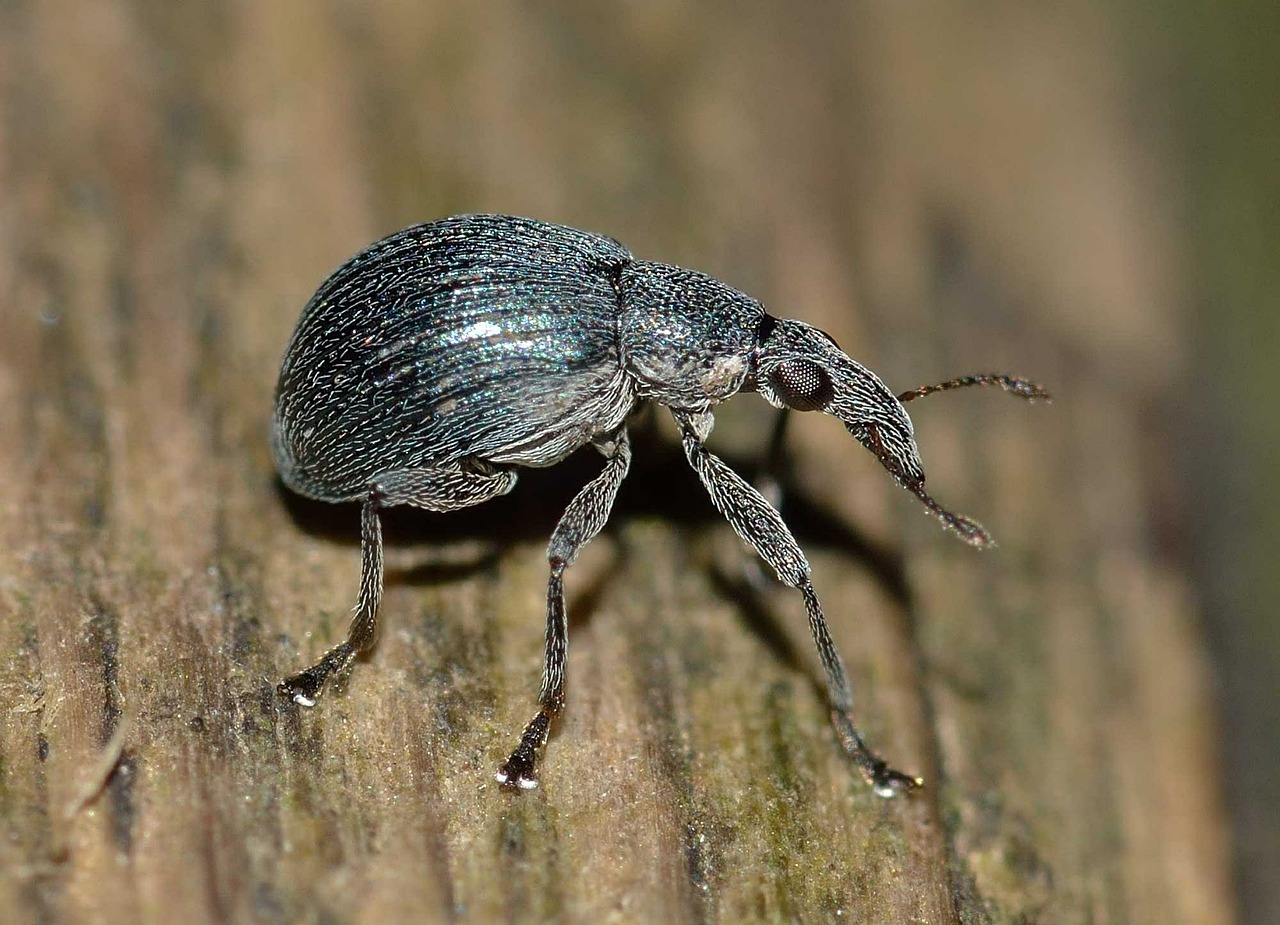 An old friend called the other day for a chat. She is not well at all. She has osteoporosis and her joints are "crumbling". She won't let any of her family in the house because she is scared of covid and is waiting anxiously for the vaccine to be available.

She likes to feed the birds and buys bags of bird seed for this. The last bag she got was very heavy and she was unable to move it, with her osteoporosis, so the bag sat in her hallway.

She lives by herself, so doesn't go into every room every day. One day, she went into her front room and thought it was very dark in there. She looked up at the ceiling and it was black with tiny weevils! She traced it back to the bag of bird seed sitting in her hall. It had been infested with weevil eggs and she had not known. They had hatched and spread all over her house. She called a pest control company and they said she would have to leave the house for 4 days while they treated it and it would take 6 weeks to eradicate them. She will not go anywhere else during the lock down so could not take this option.

She had to move the seed bit by bit to the bin and then has vacuumed since then for an hour a day, which is all she can manage with her disabilities. She has done this for several weeks now and gradually the weevils seem to be getting fewer. She is very worried that they will move into the large old plants she has sitting in her sun room but so far, they do not seem to have reached there. If they move in there, she does not know how she will be able to move the plants out to the bin!

Weevils are small insect pests. She probably has rice or grain weevils which are tiny but do not bite or sting humans. They are a common pest in bird seed and bird keepers take special precautions against weevils which are fairly common in this seed. You can read about this here .

GUEST POST: Adopting Your First Family Dog? Here's What You Need to Know

Ugh! Weevils, but nice to catch up after all this time.

I didn't even know we had them in the UK. My friend is an artist and some of them have even made tiny holes in one of her original oil paintings!

Hmm. I forgot about the possibility of insects in pots when bringing in plants for the winter months. Since I brought in an ivy from the front porch a month ago as it was about to croak in the cold night air, my wife developed some kind of skin allergy. Now she has to use calamine lotion to stop the itching. I have no idea what it is that is causing the itchy sensation but the lotion seems to be working fairly well. As to tiny insects that appear in old spices in the bottles of spices we have I was told that is common and we threw about 25 or more bottles of spices due to tiny insects that somehow grew in numbers inside those spices. A lady told me you can freeze spices for a few days after bringing them home from the market. So it appears there are many types of insects that tend to flourish in our homes that are a pest

For me, intense itching was diagnosed (successfully, I might add) to my immune system being over-active, attacking my own skin!).

Yes, freezing is very useful. Apparently bird keepers tend to put their bags of bird seed in the freezer for a few days, then bring them out and store in airtight containers. I hope your wife's skin allergy clears quickly.

Oh dear, I hope that has calmed down for you!