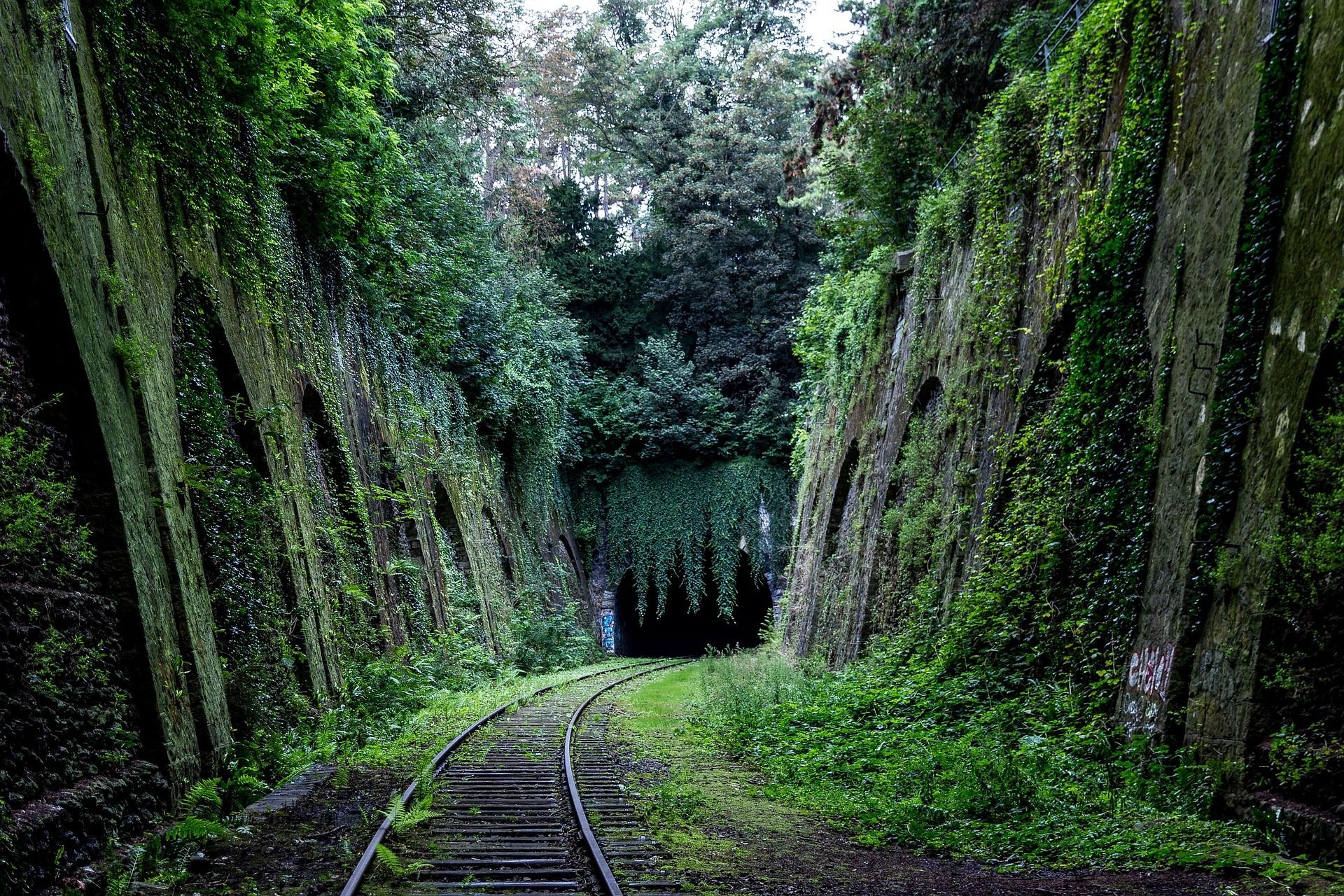 Why do I do it? Why do I waste your time? Well, if you were in my shoes, you'd see my dreams as amazing, better than the best action movie!

Last night, a close friend and I were walking along, not far from a chasm that, at the base of it, had a railroad line. So my friend looked over the edge and saw something that caught his eye. He decided to walk down the steep bank to examine things more closely.

In my old age, I'm not as agile, so I decided that, while I might make it OK, I wasn't going to take the chance.

So I decided to walk along the edge, paralleling the railroad. Suddenly, the ground beneath me started to crumble. I peeked into the chasm and the bank was so steep it actually curved under so that if I fell, I'd fall through air to the tracks. Worse, the tracks were now about 2 m-i-l-e-s below ground-level. I needed to do something but quick!

So I sat where I was and attempted to dig in the opposite direction so I'd have a safe ledge to stand up and then escape. But as I dug, it too began to crumble. I made a quick decision.

Rather than prolong my misery, I decided to end it quickly. I walked into space and began to fall.

Most curiously, I fell slowly! Rather like the fall of Alice in Wonderland.

I had time to try to plan where I'd land. There was the tracks. There was dry land. And there was water. A simple choice, I'd go for the water.

But then, as if out of nowhere, there was this huge steel I-beam that I could grab hold of. And so I did. Covered with a coating of muck, I slowly, eternally, began edging down. I was worn out with distress, when after a bit, three men by some sort of unseen contrivance, managed to work their way up to me. They used some sort of lengthy towel to wrap around me and the beam and slid me down the beam in short order. I was saved!

Oh, how grateful I was. Then it hit me. I cried so hard I was blubbering. And people began to come round. I was never made over so. I was a kind of icon of human success, a hero almost. A most grateful hero.

I was taken all around these little businesses and shown off. And I met lots of people. One or two I knew. Eventually, though, it was time to go home. But I had no car, no way to go. I would have dreamt the usual, "how will I ever get home" conclusion, lost like a person with Alzheimer's disease.

Just the day before, an old friend of mine had died of Alzheimer's.

I went back to sleep and had a dream about having to take a famous doctor to see a psychiatrist. You'll be happy to hear, morning had arrived, another day.

Was There A Global Flood?

Wow! Amazing dreams. I seldom remember any of mine and of the ones I do, they are not as interesting as yours!

Amazing dream really. I wonder at its significance.