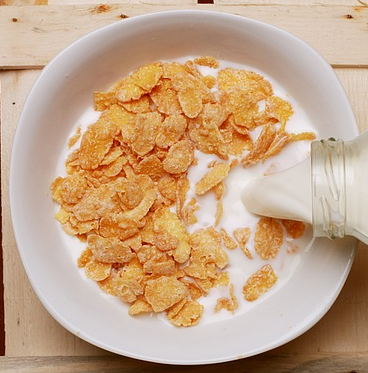 As a child, I loved sugary cereals. But including the word sugar (as well as terms suggesting sugar, e.g. "honey") as part of the name of a cereal went out of vogue.

They had to change their persona. So they started to say they were the tasty part of a healthful breakfast -- a breakfast that included such things as buttered toast and orange juice, perhaps a little bacon.

But the healthful breakfast would have been none the worse off with elimination of the cereal!

Also, cereals started incorporating vitamins, added artificially. Then the cereal would be nutritious, right? Well vitamins, such as the ones put into cereal are nearly as cheap as dirt.

Ever Wonder What the Difference Is? Donkeys, Burros, Mules, Jackasses

My father used to say that you would get as much nutrition from some cereals as eating the cardboard box they came in. This is not to say I didn't like the cereals. The sweeter the better! I loved sugar puffs and would ea those as a snack. The best cereal I think is plain porridge.

Funny, but I've heard the same. Cardboard apparently is not to be undersold... By plain porridge, do you mean oatmeal?

Certainly the porridge we use is made from oats. "Oats used for making oatmeal are derived from ground oat groats with bran removed. Porridge, on the other hand is made from cracked but whole oats. Oats used for porridge can also be steel cut or steamed and rolled. " https://tastessence.com/porridge-vs-oatmeal Our porridge is an "instant" kind, meaning it does not have to be soaked overnight, so it is probably the "rolled" porridge mentioned in the quote.

I don't imagine anyone but myself actually eats oatmeal with no sugar, but only butter, and salt and pepper. I actually love it. My wife prefers adding brown sugar, cream and raisins. As to cereals, corn flakes with sliced bananas is my favorite. I don't add sugar and prefer the ones that are not frosted over with sugar.

I'm rarely eat oatmeal, but for an odd reason. I like hot oatmeal and cold milk. But if you pour cold milk on hot oatmeal, neither keeps its temperature long. I need no sugar, but I'm not opposed to sugar. I'd love the cream, but I'm already 305 lbs. My Asian-extraction pulmonary nurse practitioner says to all my problems, "the weight, the weight!"

My husband cooks his porridge with salt, then adds honey just before the end of cooking time. He takes it with milk to cool it down. I have never before heard of anyone taking butter and pepper with their porridge. I suppose it's no different from eating oatmeal bread or rye bread. My son in law adds cocoa powder to the grandchildren's porridge and they like chocolate porridge.