It Scared the Liver Out of Me 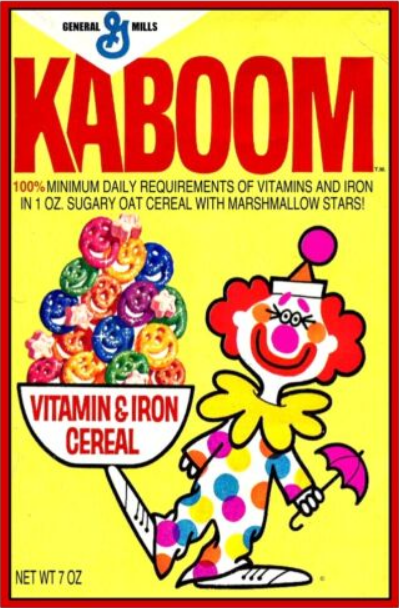 I waste entirely too much time.

So I'm sitting in front of my computer watching an old episode of Matlock . Then, suddenly...

It was the loudest explosion I've ever heard and scared the liver out of me. What blew up? Was it my battery backup for the CPAP machine I own? That's about the only thing that crossed my mind. But it looked good. Then I found out the problem.

My wife hustled into the room. She was relatively calm, oddly enough, as she's usually the worrier.

It was my grandson's large ball. A ball. And nothing external caused it to explode. Apparently it was just pumped up too much and finally blew.

I'll bet if you stop and think hard enough about it, some peculiar occurrence has happened to you at some point in your life. Am I right?

King Crab - Overfished or What?

I think eating whatever was in that Kaboom cereal box would probably cause me to explode! But yes, loud bangs do tend to make me jump, even these days. I spent a lot of my working life in the centre of Belfast during the troubles. The building I worked in was blown up 3 times in 18 months, so even fireworks are something I avoid, though i never really liked the loud banging ones, anyway. An exploding ball would certainly scare the liver out of me for a few minutes!

We finally figured a probable cause. The ball was not far from the air-conditioning vent. If the plastic ball cover shrunk, it might have been the last straw.

That would startle me, too! It's funny that you found a picture of Kaboom!--my sister and I used to eat that as kids. I doubt they still make it.

Kids'll eat anything, won't they? As long as it's sweet, full of marshallows, and not nutritious. I'm sure they don't make it now, as you said. When I was a tiny youngster, my favorite cereal was (sugar glazed) Rice Krinkles.