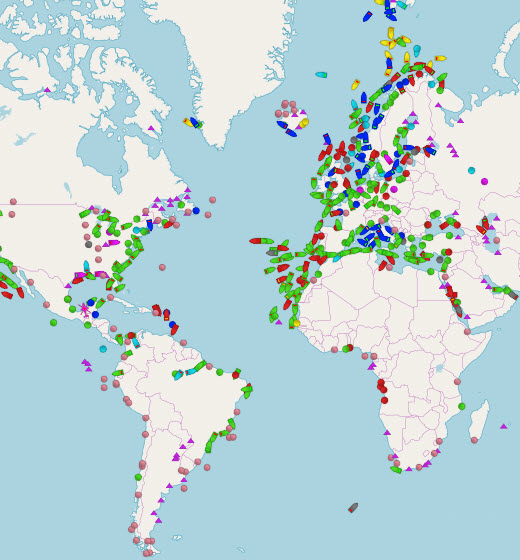 My daughter and her family return from holidays today. They are travelling back by ferry and it left port 90 minutes later than planned. We expected them to arrive that much later but I decided to see if there were an arrivals board for ferries coming into Belfast port and found a live ship tracking site. It showed the local sea between England and Northern Ireland and there was a red circle around the boat they were travelling on.

Caught Up To Time

It was really interesting to check on every so often. It showed the boat going past the Isle of Man and it gave the ETA. The boat went faster than normal and the ETA got closer and closer to what it should have been if it had left on time. By the time it arrived at Belfast, it was only 9 minutes late.

We were able to see when the boat was about to turn into Belfast Lough and went down to the front to wave at it going past. They wouldn't have been able to see us but we had the binoculars and could just about make out figures on deck.

When I zoomed out of the local sea area, I realised that this ship has all the boats in the world on it. Well, I can't guarantee that but it certainly seems to show a lot of shipping in different parts of the world! The site, if you are interested is https://www.myshiptracking.com

It's amazing what can be found on the web, isn't it? And package shipping? Well, it almost seems to be a moment-by-moment description.

Yes, packages seem to be scanned every time they move somewhere.

yeah it shows them all. All the islanders where I am from use it to see when the big ships are coming past the back of the island and they then go take pictures of them

People put comments on Facebook to say that certain superships are coming down Belfast Lough. Maybe this is the page they get it from. I know some people are interested in filming the ships but it wouldn't be my hobby!

It probably is, thats what they do where I am from. They all go in their cars round the back of the island and watch/photograph/video them. It definitely isn't my idea of fun either

You can definitely find a lot on the internet.