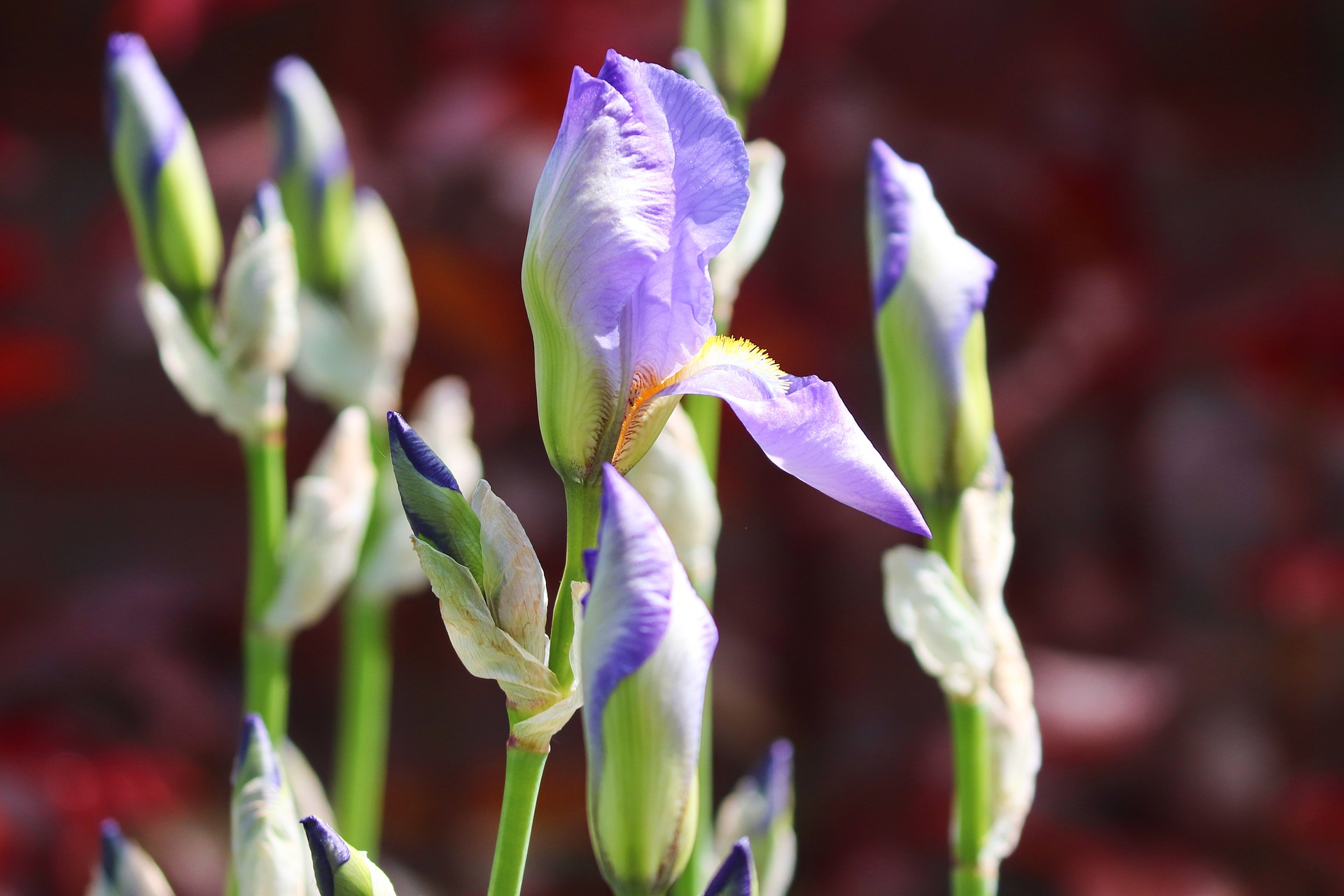 I know my backyard veggie garden is doing better this spring than last spring.

Because I see more butterflies, bees and birds this spring.

I started planting seeds from vegetables and fruit I bought from the market, to see if these seeds would grow.

I worry about the possibility that genetically altered plants, in my case, edible vegetables and fruit from the local stores we shop at, might have no viability and find out which plants will grow from seed and if they in fact are viable and organic.

Several years ago I planted a few seeds from a popular lemon fruit in a grocery store. I got one or two seeds to come up as trees but the lemon tree, although it lived for over 10 years, never bore any fruit whatsoever. The fact that the seed grew to a tree was not enough for me to actually know if it was fruitless as a result of it being a genetically altered fruit or if it might be that certain seeds, even from organic fruits like this lemon I planted, might not always bear fruit for one reason or another.

I had success with a local retail grocery store by being able to grow the seeds of very colorful bell peppers, after removing the seeds from the bell pepper and allowed to fully dry and planted many last spring and most of the seeds were in fact viable, and bore more fruit, or rather more edible bell peppers. I was amazed at my success with these delicious bell peppers. So I managed to conclude at least, that our Dallas Texas basic soil is good enough to grow some types of vegetables and that the seed from the bell pepper I bought at a local market were likely organic and not genetically altered as many edible fruits and vegetables are.

I never used any insecticides. Just good old sunlight, tap water, and rain water and soil from our back yard with a little bit of tender loving care.

Since I have managed to do well last spring, I took it one step further by digging up and cultivating a larger area of our back yard in order to try and plant a variety of seeds from various fruits and vegetables from local markets and some seeds bought at retail stores that had the popular brands like Burpee seed company and so on. I planted the following seeds in that newly cultivated and organic garden: bell pepper, watermelon, canteloupe, lettuce, radish, pinto bean, onion, carrot sweet potato and a few others as well as some flowers like the marigold and some flower seeds my sister mailed to us that I do not remember.

There are a number of them growing up from that area, including indigenous blackberry and dandelion. The natural growth of these are somewhat impeded by the local wild birds, especially the black grackle and some local squirrels. But I will not be trying to bother making those critters vanish by way of pointing a pellet gun at them. I will have to try using basic methods of deterrents such as a home made scare crow and reflective pie pans made from aluminum to that they may do well enough to keep some types of birds from frequently munching on the plants. I have had some success but some failures in that area.

I expect this summer will be hot as it always is in North Texas and Dallas TX is a heat island anyway. We live on a major street that has many lanes of traffic 24/7. The noise pollution and the exhausts do have a negative impact on the small habitat of our back yard garden. But so far I have some cherry tomatoes, green so far and yellow blooms. I have seen butterflies, moths, ants, flies, bees and worms in and around our area. The frequent rainfall is keeping the area fully hydrated and the average daytime temperature highs are in the upper 80s and lower 90s once in a while and there is a good chance that I can get some vegetables and fruit to become harvested before extreme heat arrives by mid July onward.

I like watching the green growth in our yard but have to be at work almost a few hours each day, cutting and maintaining the over growth that occurs along the fence line. At the base are several small pin oaks from acorns that the squirrels often bury along the base of fences and foundation of the house. I have to keep cutting vines and such along the fences, that also includes small hack berry trees that are dropped along fence line from birds that light on the fence. There is some honeysuckle at one point and I try to keep it alive and just trim it a bit. There are probably over a few hundred species of wild plants in our immediate neighborhood. It is hard to keep track.

Shopping for fresh fruit in the produce section of the grocery store requires some experience to find it ready to eat that very day.

Father's Day will be windy with a chance of hell. I mean hail.

I no longer garden. I really can't garden. My wife and son constructed a raised garden bed. We will plant eggplants, bush pan patty squash, tomatoes, bell peppers, Serrano peppers, sunflowers, and who knows what else? We don't worry about GMO or not GMO. Frankly, these should not prove harmful. Not that we seek them out.

That's great to see so many plants and wildlife. GMO plants are not necessarily infertile or incapable of growing. With regard to the lemon tree, did it have enough sunlight? Lemon and other citrus trees often like full sun and if they grow slowly or don't produce fruit, may not have enough sunlight.

Here in Virginia, we have a dwarf lemon tree that has produced as many as 24 large lemons in a season. We prune the tree every year. It is (in its pot) just about 4 feet tall.

Thanks, Now I will go plant some lemon seeds in some pots out in the back yard and let the full sunlight shine on them Maybe I will get luckier with these new trees if given half the chance.

Wow! That is wonderful. I reckon I need to try it once again and this time with more emphasis on direct sunlight. Dwarf lemons. Maybe even some Dwarf oranges?

Yes, raised garden beds are easier so you do not have to stoop down to the ground to dig or work on them. I might plant more pots of plants on the back yard patio. And by the way, I got your link to that article on municipal tap water. I think I need to stop buying it in bottles and just filter it right from the faucet and that way I don't contribute to plastic waste. Plastic bottle waste is bad enough as it is already.

The oddball thing is: the tree is dwarf. The lemons are quite large! And VERY juicy and flavorful. Perhaps larger than many "normal" lemons.

Did you buy it as a dwarf lemon tree or did it just grow that way? Maybe lookatdesktop could buy seeds of that variety?

My mother-in-law purchased it. I don't have a clue...