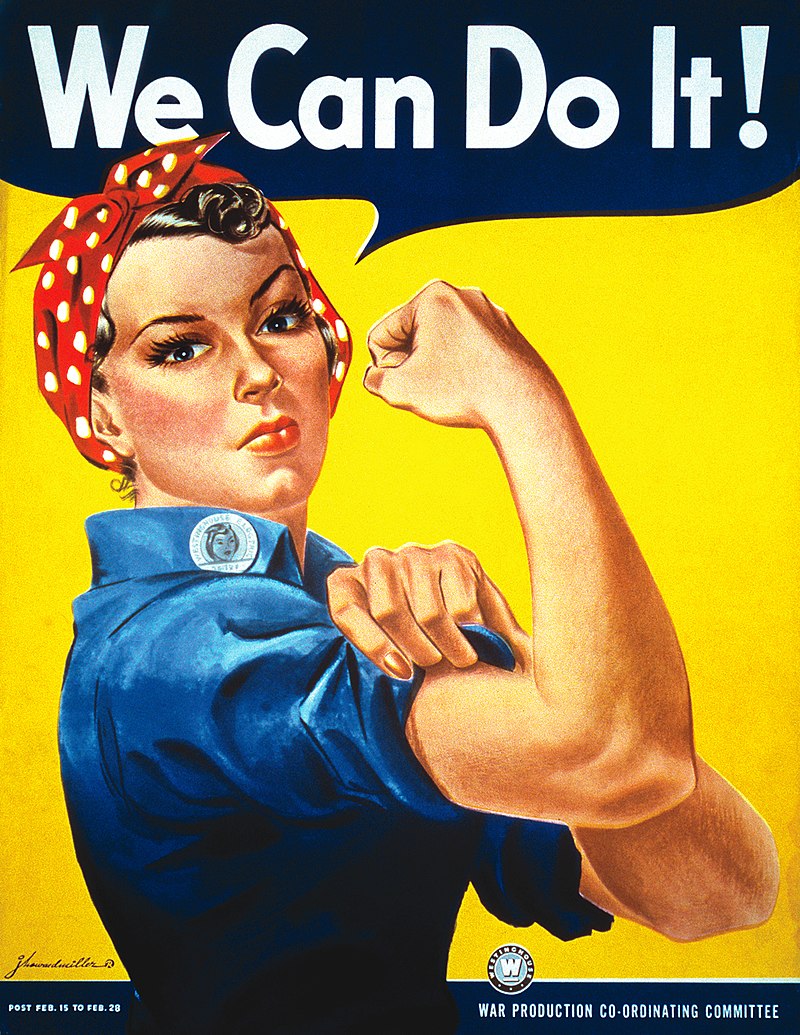 Before WWII, most families in the U.S. included a working husband and a stay-at-home wife. "Keeping house" says the U.S. Census. So the average family existed on a single income. And exist they did.

But for those few years during the war, many women became involved heavily in the "war effort".

After the war, some of these apparently did not wish to go back to the somewhat sedentary existence of a housewife. They went to work! Now there were two incomes.

It seemed a valid argument in favor of women working -- that the family would be more materially prosperous, and as a result, they could live a better life.

"People have more money. They can afford to pay more. RAISE PRICES!"

How Young Couples Got a Good Financial Start

The Dichotomy of the Smile and Handshake

Yes. And back when I was just going into the working place, legislation started being put into place that (supposedly) gave women equal pay for equal work and many other changes were made that made it easier to be a two income family. Child care provision sprung up, both child minders and creches and for single parents, there was help with child care costs. It has been both helpful and unhelpful. Many women would have loved to stay at home and looked after their own children but the rise in costs for everything made it almost impossible. And for those with two very good incomes, more ways of spending it became available, fancier cars, foreign holidays, fancier clothes, etc. These also were flaunted and advertised to make others want them and so they needed credit to pay which puts people in another vicious spiral. I am certainly glad of equal opportunities legislation: everyone should have an equal chance of competing, whether that is in the Boston Marathon or in the workplace. But the family should come first and small children need loving care and attention and families need the means to provide that, without paying sky high prices.

I guess now, Meg, both you and I need to come down off our soapboxes. Yet they contained the very best soap! There's a lot of truth in what we've said here. But do you think anyone listens?

Totally the best soap of all! No one is listening because the people who make money want to keep on doing so and nothing else matters to them!

Sadly, I concur with your logic.