Another Walmart Rant by a Walmart Frequent Shopper 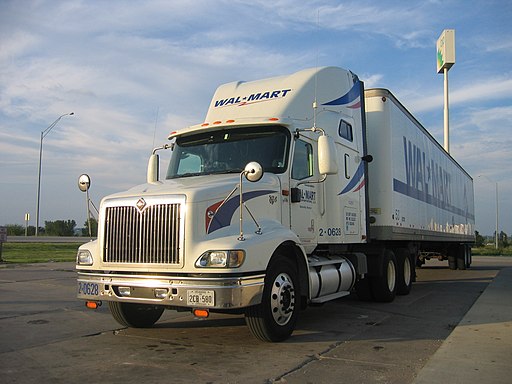 Do you remember the old saying ... THE CUSTOMER IS ALWAYS RIGHT ... ?

Well, I have a Walmart Rant for you.

The Walmart we used to shop at closed recently. They sent all of their store associates to the few remaining Walmart stores in the Dallas-Ft.Worth area. We have shopped at about 5 different Walmart stores in various locations over the past few decades.

I was with my wife, shopping at a second Walmart Super Center not 8 miles East of our residence.

We found it hard to locate a parking space. Since the closure of the Wheatland Rd. Walmart Super Center a few days ago in this month of April, 2019, people flocked by the numbers to the store we were at on that day, Easter Sunday, April 21st. I got lucky and found a parking space within a city block radius of the entrance, walked into the store and managed to find an electric shopping cart for my wife.

The store was overrun by shoppers. And this was partly due to it being Easter Sunday. And partly due to the fact that the shoppers who would have otherwise been going to the Wheatland location, were crowding the store at this new location. The Walmart Super Center we were at had been only recently constructed and all the businesses in that shopping center were in fact brand new. There is a gas station called Quick Trip, which sells food and of course, gasoline at the pump. It is like that everywhere in the metro-plex of Dallas-Ft.Worth. You no longer go to get gas, but go to a self service retail store that provides, restaurants for fast food and gas all at one convenient stop.

Anyway, we went inside, and began looking for a few needful things. I came across a pallet stack of all purpose printing paper with a large overhead sign that read $1.97 approximately. It rang up at the register at something around $3.98. I was telling the register clerk that I was glad to get that paper at just under 2 dollars. She was not listening. I was not paying attention either, because when I paid for it along with other items, I only later did a double take and saw that I had been charged the full price. I went to Customer Service. The lady was busy with returns, as this is a regular thing at Walmart stores. People are always buying things they do not need and returning them for cash back and often times they do not have a receipt.

The lady at the Customer Service counter was told by another associate, that there was no way on earth that this paper would cost only a dollar ninty-seven cents. She insisted that I was wrong about the price of that item and assured me that the price rang up correct or that the sale price was for a smaller package of paper. Not. I was insistent. I told her as a matter of fact that I do not tell a lie. I am being honest about this. The sale price on the sign above the product I have paid full price was marked down. She did not believe me. I would not let it go. I had to take steps to prove that I was telling the truth about the price of that paper. It was a matter of principle. It was a reflection on my character. I am honest. I don't make up stories unless I am deliberately writing fiction.

I had to go back to the department that sold stationery and a nice lady at the register of electronics took out her smart phone and walked with me to the paper display. She took a pic of the display that verified the price on the sign. She and I walked up to the front of the store to Customer Service and thankfully this time, I had proof that I was not lying about being over charged for that item.

The funny thing about all this, is that when my wife and I finally made our way to the exit, we were showing our purchase receipts to the lady at the front of the store, where a security guard stood beside her. She said, "Sir, I don't see the 20 pack of Scotts on this list." I told her, "I have to go back to Customer Service to get the receipt. I have the one she gave me but she didn't give the original receipt back to me."

When I walked back to that Customer Service, the same lady who argued at first that I must be mistaken about the price of that paper, insisted she gave me both receipts back. I asked her to look again and she looked in the trash and found it. It was all crinkled up. I was at the point that I was nearly having a bit of anxiety. I showed that receipt to the lady greeter at the exit and she confirmed my purchase, based on the items listed on the receipt.

I don't know about you, but I don't think I will be doing business with that store, at least that particular store. Because I never had this kind of thing happen in all my years of shopping at a Walmart. It was like being either told I was mistaken about the sale price or being told I was already given my receipt back. In both cases I was treated like a liar, a thief, a criminal. Maybe it's just me, but I don't think I had a good experience at that location so I will likely do my business elsewhere in the future.

I asked a store associate who was stocking items if he thought this store was having problems keeping inventory on the shelves and he responded, "We just hired about 40 new store associates from the Walmart that closed and the customers have nearly doubled in number as a result." - this is more or less what he told me. I figure, they will be needing to open another Walmart someplace within that other area, to provide service to those living in the South-West area of Dallas.

And to top things off, the store that closed, had many customers who relied on public transportation to get there. I was told by one woman, who likes to shop at a Walmart, "I drive about 20 miles to Walmart because there are none any closer to where I live."

As April brings heavy storms across the US from Texas to the East Coast, locals prepare their vehicles for baseball size hail

I have no more excuses for not knowing my world geography

Anthony, It's getting to be the case that so much time is required for every little thing in life, and so many details must be attended to to accomplish every little thing, that everyone is frustrated. Add to that, so little benefit is attained after doing all that that no one cares to do a good job in anything they are required to do in life. In short, it's the Devil's Holiday. People take no pride in anything because they are given absolutely no incentive to be proud of what they do. Instead, they may be shot down.

That's terrible. I had a similar experience of being overcharged for paper in my local Tesco store but after that, the treatment was totally different! The customer service rep walked with me to the shelf, saw it was true and I was refunded DOUBLE because of their mistake! Profit, profit, profit, seems to be the only motive for anything. As Vince says, no motivation.