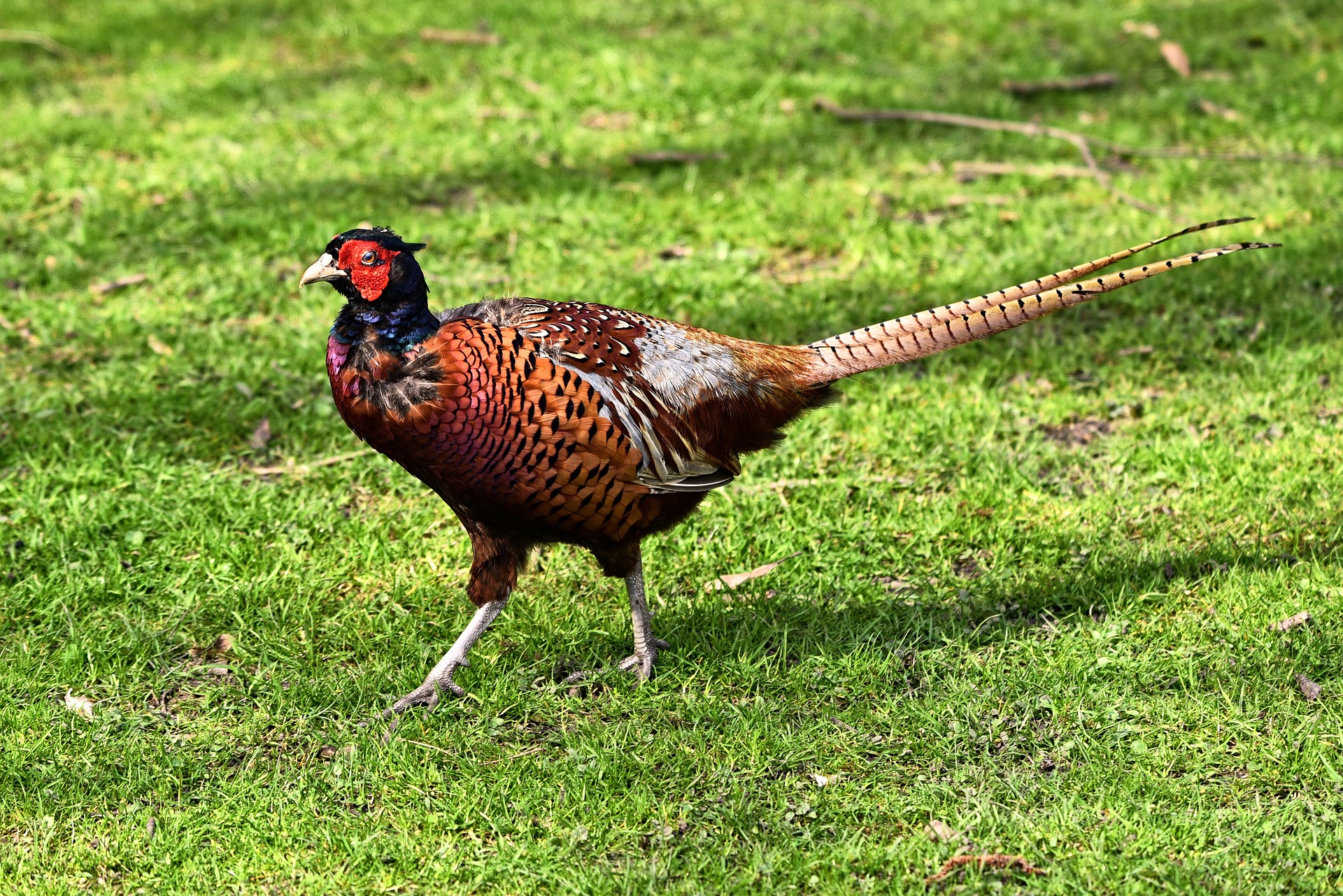 Out For A Walk

- this morning - near the sea. There are some old Victorian houses with large gardens in the area and one of them had a number of trees taken down recently, so it had a large patch of open space, though there were a number of patches of low shrubbery too.

As we passed the garden, we could see a large male pheasant strutting round the grass. (This is a game bird.)

Partially hidden behind a clump of grass and other vegetation, a young black cat was stalking the pheasant. The bird didn't seem to be aware of the cat, which was a little distance away. But it had quite a large expanse of open grass between it and the cat.

Then another (female) pheasant landed in the garden on the other side of the cat. It was now confused. It didn't know which bird to stalk. The female pheasant was nearer but up a bit of a hill, so the cat turned to stalk it but it had not settled and promptly moved away. When the cat turned back to the male pheasant, it too had gone, so it lost both. The cat was young, no doubt it will learn - focus on one objective at a time.

The dog that chases two rabbits catches none.

Or a bird in the jaws is worth two in the air... I've never seen a pheasant, odd as that may sound to you. We have peacocks and Guinea hens, but nary a pheasant for these eyes.

They are bred for hunting but I think there is less of it these days, so either they are escaping or there are more of them breeding in the wild rather than in with the gamekeepers on big estates.

worst part is that it could have easily had both, pheasants are really really stupid. They literally sit in the road and let the cars hit them where I am from, even when I have stopped for them (very proud of the fact that I have never hit anything) they still just sit there making no attempt to get out the way whatsoever. I don't doubt that should the cat have gone for one of them, the other one would have just sat watching and waiting for their turn.

Yes, they are stupid. They often end up as road kill here too. Luckily the cat ran off - probably in shame! LOL. It was only a kitten, so still learning.