Take an Old Cat to the Vet? It Can Make a Huge Difference... 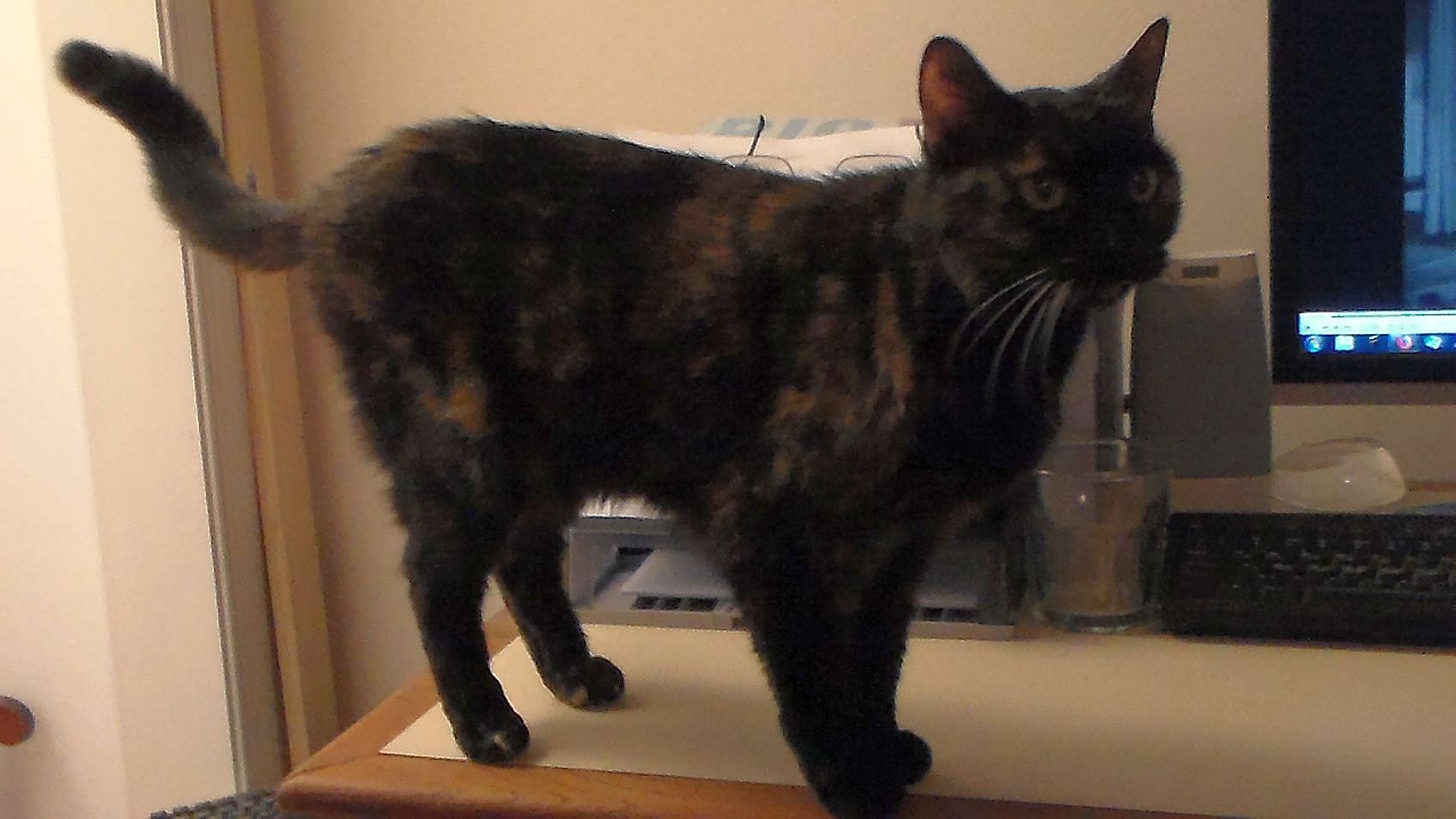 Most people love their pets fiercely. No, not all. But most. The longer we have them, the deeper our love for them becomes. We have an old cat named Hermione that had to come with us when we walk our dog. She was more loyal to our dog than she was to us.

But gradually, she spent much of her time in my chair. She had to have MY chair. So this 300 lb. guy would give it to her and sit on a dinky chair.

The back portion of her body was becoming thinner. This often indicates thyroid problems. She ate quite well, but continued to lose weight. Thyroid, as I said. But before too long, she cut down and almost cut out eating, though she would drink.

Now we are on a most decidedly fixed income. Ordinarily, as long as a pet is not in pain, we would allow it to "slip into sleep". But if we'd ever have an animal stop drinking, we'd have the critter "put down".

My wife wanted to take our cat to the vet. I decided, after a few days, to give her the OK. So to the vet's she went. Well, it turns out she had thyroid trouble (nothing not already recognized, without an expensive blood test). But the lack of eating was abscessed gums. She was given a bold shot of antibiotic that lasts a month!

Immediately (and yes, I do mean immediately) she started eating big-time. As to the thyroid? This cat would never take a pill! And she was too smart not to know when a pill was in her food! So my wife got a "pen" cream medicine applicator, by which the medicine is put into the cats ear on the inside.

The cat is acting normal now. It is doing well! But here's the catch: the thyroid medication was $50 for a 2-week supply. Something's going to have to give on that. $100 a month is not in our budget. But we'll figure something out, trust me.

The point is this: Hermione, an older cat, seemed to be "at Death's Door". It was an inaccurate assumption on our part. If you love a pet and want it to live as long as it can live a peaceful life, consider not immediately having it put down, if it is not in vain. But do consider taking it to your local vet. MAKE SURE you know how much it will cost.

Anyone Have the Courage to Return to Black and White?

What's Happening to the Giblets?

I found a new food Hermione just plain LOVES. It's full of nutrition, low on fat, relatively low on cholesterol, and CHEAP. Of course you can't give it to a cat as its exclusive diet. But it makes sense: cooked chicken livers!

What a lovely looking cat. Yes vet treatment is very expensive. Cooked chicken livers? Some people buy those and make expensive pate from them. Chicken livers can be very useful for pets. When we first got our dog (she is dead many years now), she came from the pound as a puppy. She had been bullied there by the other dogs and would not eat, she was frightened to touch the food, even though she was hungry. I had cooked chicken livers for some reason and squashed them up on my fingers and let her lick them. She loved that. No problem eating after that!

She holds her tail like I hold my pinky when I sip tea...

Yep, even at the darkest moments there is always hope. Mind you, the opposite is also true and a routine examination can turn up something sinister . . .

You're right. When I was a child, we took our can in for an exam. We were told what we thought was actually not a problem. Then the vet found cancer...

I am glad that your cat was cured.

Not actually cured, of course. Treat diabetes with insulin regularly and you're good to go. But you still have diabetes. But I know what you mean.