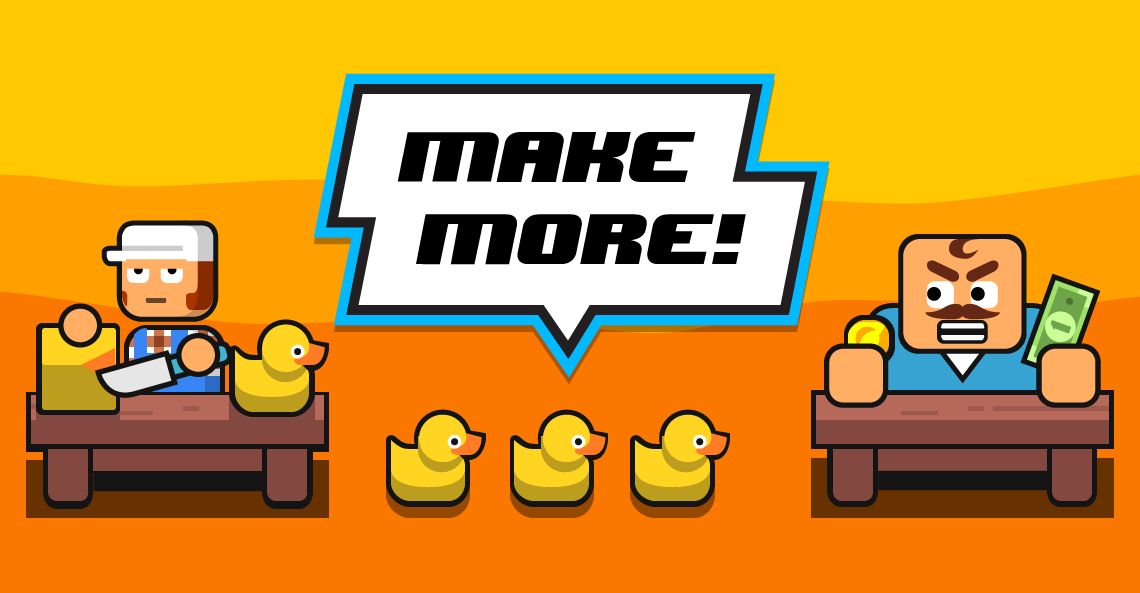 No one would bat an eye at the notion that the state of the mobile video gaming industry is kind of a capitalistic nightmare. In the field where microtransactions and "loot crate" gambles run rampant, and where companies often use popular cultural figures such as the Final Fantasy series, Pokemon , or even Arnold Schwarzenegger to peddle their game currency, it's hard to dismiss.

However, there is an entire video game genre that is entirely about capitalism. That is, the entire goal of the game is not to rescue the princess, reclaim your throne, save the world, or anything else - it's just to acquire capital.

These are clicker games.

Also known as incremental games or idle games, clicker games are games where you tap or click on an object to gain currency, hence the name. With the in-game currency accrued, you can then buy more objects that make you more money to buy more objects with. At some point, you can begin automating your objects so they make money without your supervision. Then, you can literally leave the game, and it will continue playing for you.

The genre is interesting because it's so popular and addictive, despite how boring it is in actuality. In a way, it kind of reflects our current society, in which capitalism and consumerism are a large part of one's experience.

You can read more about the clicker game phenomenon here.

"There's no cure for stupid" says it all.

My goodness, I didn't know there were games like that. Interesting. Can you provide a full url for the credit for your graphic please? This is to ensure that the correct entity gets credit for it, even if it is a free site, like Pixabay.com. If it is your own creation, you can just say My copyright or something similar. Thanks

This type of meaningless rubbish is very popular online and, sadly, I have to agree with you that it reflects the state of modern society!