Thinking of getting a pet rabbit? Here is what you need to know 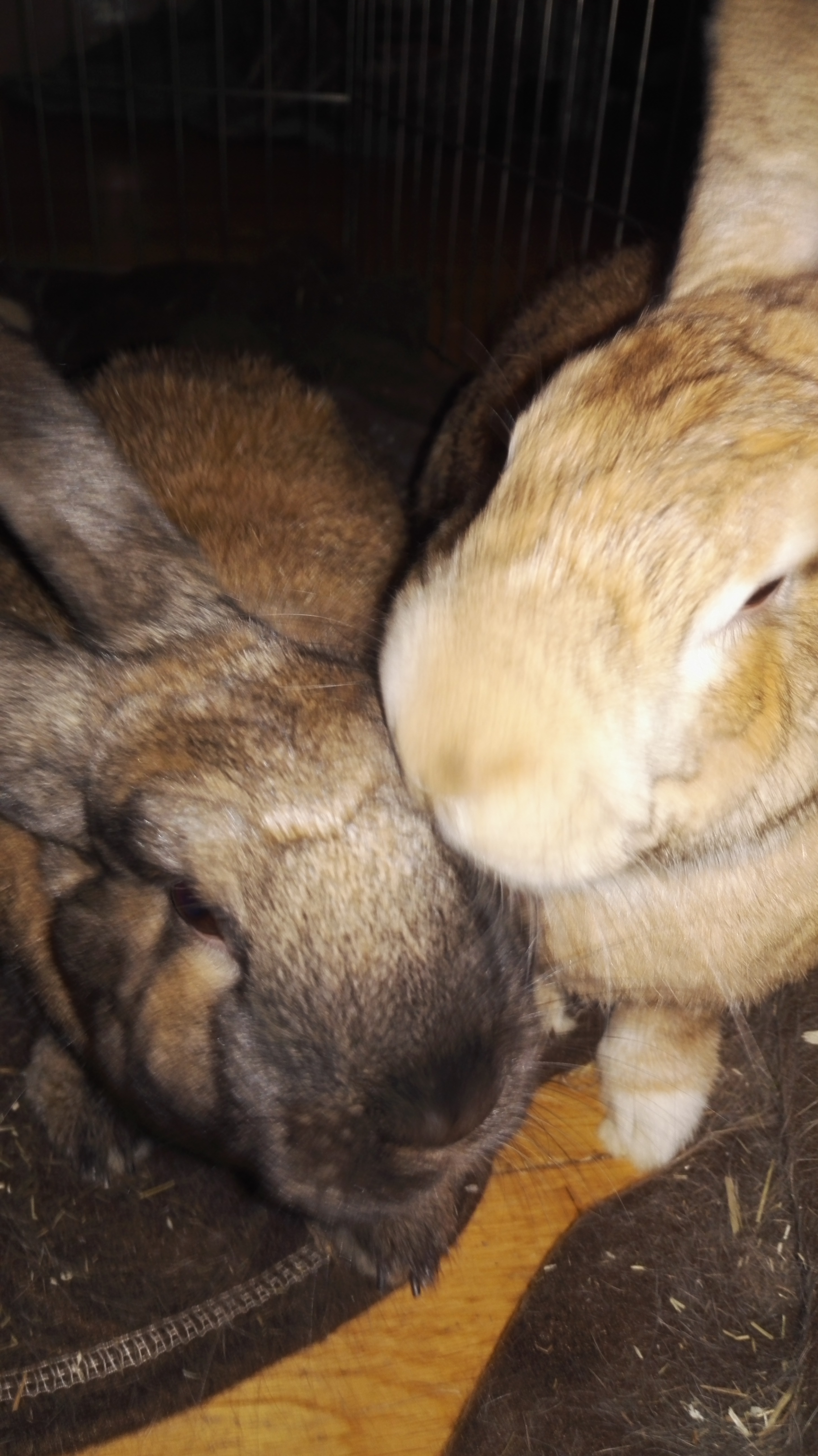 I was inspired by MegL who wrote a post warning of the dangers of Rabbit Viral Haemorrhagic Disease in rabbits. Whilst commenting on that post, it dawned on me that many people simply don't know how to properly care for pet rabbits.

Did you know that rabbits are thought to be the most neglected pets in the world? Sadly its often not even deliberate neglect, it is often people simply not understanding their needs in the first place. There are tens of thousands of rabbits in rescue centres (64000 in the UK the last statistic I seen), mostly because people don't realise what they are taking on.

Rabbits can live for around 12 years, people's circumstances often change over that timeframe so are you sure you can provide all the space and care a rabbit needs for that timeframe? If not then perhaps a rabbit is not for you.

Probably the thing us bunny lovers hate most is when rabbits are stuck in small hutches or tiny cages. Rabbits need a lot of space! In my opinion these tiny things shouldn't even be legal to sell to people but pet shops will tell you that is all the space you need to house one or even two rabbits! Always remember the three hop rule - the absolute minimum sleeping accommodation for a rabbit should be big enough for them to complete three hops lengthwise and they must be able to periscope (stand on their hind legs looking for predators in the wild, or often for food in my house!). Now when I say sleeping accommodation that is exactly what I mean, rabbits need way more space than that. Think about wild rabbits and how much ground they cover with all that hopping about, now think about your tiny hutch. The two don't compare at all do they? Rabbits need access to space to hop. A large enclosure is fine but they sure do appreciate some time unconfined too (we call it free-roam time). Mine have a dog crate attached to a pen that takes up half my living room/dining room (we don't have a dining table in here to make space for them). The boys get out for hop time as much as we are able to let them as well.

Rabbits need vaccines - people don't even realise this! There are currently two vaccines available in the UK, although even some vets don't offer the second one. It is 100% vital right now that your rabbit gets both, as MegL pointed out in her post, RVHD2 is rife right now, vaccines are the only protection. There really is no cure and rabbits often die suddenly with no warning from this new strain. RVHD is basically the rabbit version of ebola which is obviously a human strain of viral haemorrhagic disease. People often think that house rabbits don't need vaccines, but it isn't true. Unless you live in a rural area, the chances of your house rabbit getting Myxomatosis may be slim but the same is not true for RVHD or RVHD2 particularly the second strain is so easily transmitted as it can live on so many things - it is carried by insects (same with Myxo) it can live on surfaces (think shoes) and there is a theory that it could even contaminate the hay supply!

Lets talk diet! Another big thing with rabbits is inappropriate diet, again I blame pet shops largely because they sell things that are completely wrong for bunnies. These coloured muesli type things are so bad for them, yet that is often what you will be recommended to buy. They are in fact bad for their teeth and even worse for their digestion. Anything with seeds is a huge no no, and that includes a lot of treats pet shops sell! Rabbits should have plain, pellet type food (I recommend Burgees Excel) with a high fibre content along with fresh vegetables and hay - fruit in moderation, more like a treat same with carrots and things with lots of sugar. There are plenty of lists online for rabbit safe veggies so I don't want to list them here, the House Rabbit Society has this well covered on their site if you are interested.

Rabbits should eat a portion of hay the same size as their body every single day, they must always have access to hay and water but the pellets and veggies should be limited in line with their body weight (again see the House Rabbit Society for guidance here). An appropriate diet will help prevent digestive upset and tooth issues which are the biggest health concerns for rabbits. Rabbits teeth are always growing and the only way to keep them worn down is hay, its to do with the way their mouths work, eating hay forces them to move their jaw sideways which helps grind down the teeth. Digestive issues are a huge issues for rabbits, and many die from complications such as GI stasis. Put simply a rabbits tummy should never ever be empty, its just the way they are designed their guts always need to be moving. Should they slowdown or stop, this is stasis and a life threatening emergency you must go to the emergency vets if your rabbit hasn't eaten or pooped for 12 hours, although you could and possibly should go earlier than this especially if your rabbit appears unwell.

Rabbits are prey animals and this affects their behaviour and the care they need. The hardest thing for most people is that they actually don't like being picked up! People want a bunny to cuddle but this is very distressing for the animal, the vast majority of rabbits will panic if they are picked up because in the wild, the only things that pick them up are the things that want to eat them! They do not enjoy being held and while you absolutely need to be able to pick your rabbit up to get them to the vet or trim their nails etc, you should never do this for your pleasure its simply unfair to terrify your bun just so you can get a cuddle!

Being prey animals also means they hide their illnesses well, this is so they don't look like an easy target to predators in the wild. In practice this means you wont know that your rabbit is sick until they are really sick, they hide pain really well. Often the first sign a rabbit is sick is when they have stopped eating, which is why it is vital to get to the vets asap when this happens. Teeth often cause problems for rabbits (our Bramble has bad teeth) and I could write a whole article about the reason why so I wont go into that here other than to say that if your rabbit stops eating, make sure the vet checks their front and back teeth for signs of spurs, they may need an operation to file them down. Bramble has this done fairly regularly, and he does well with it.

That brings me to the worst thing about owning a rabbit - the vet bills! People have no idea how expensive owning a rabbit can be, their dietary requirements mean their food isn't cheap but omg the vet bills! Bramble costs us around £150 every few months just for his teeth! Their vaccinations are around £40 each (that will vary vet to vet of course) so with two rabbits our annual vaccine bill is £160 or thereabouts. Their insurance is £9 a month for Bramble and £11 for Ron (Ron has an unknown history as he was older when we rescued him thats why his is more expensive) neutering was £120 all in for Bramble, who had complications in his recovery. Ron was neutered when we rescued him. Rabbits need neutered, partly so they can live in pairs which they always should and if they are female it prevents uterine cancer which is thought to be present in 85% of unsprayed females over the age of 5!

Vet bills can run into the thousands, especially emergency vets. Our emergency vet takes £160 just to be seen! You have to give them that over the phone before they will let you come in, I mean of course our insurance would pay us back but we need to pay that £160 plus pay for treatment etc and then claim it back, it is quite a lot of money to need to have to hand. In fact I have a 'rabbit credit card' which I have never had to use thankfully but I keep it there in case I cant afford the upfront cost of their treatment. I would not watch either of my boys suffer because I didn't have money so I keep the card to pay the upfront if needed before I claim it back from the insurance.

I think I have rabbited on enough about rabbits so I will end with this last point - rabbits shouldn't live alone. They live in packs in the wild (or warrens) they are very social animals and although they are quite affectionate towards humans, they simply need the company of their own kind. Neutered pairs can be bonded and live together quite happily, and it doesn't matter what sex they are - I have two neutered males who fell in love at first sight. Oh and they are pretty easy to toilet train too!

Tomorrow I will put on my uniform for the last time

Sounds like rabbits have to join ferrets as frequently desired, but poor choices for the average homeowner!

I never knew rabbits didn't like being cuddled before. Definitely not a children's pet then! Great article thanks. Very expensive pets!

Ferrets are getting more popular over here now too and I agree they are similar in that people don't understand their needs properly. Pet shops have to take lot of the blame here, as do breeders who are in it purely for the profit and often don't even care for their own rabbits properly in the first place!

Thats exactly the issue, we are so used to thinking of rabbits as docile cuddly animals and because they rarely bite as well they are often seen as ideal pets for children when in fact they are probably a really bad idea for kids. I had a rabbit as a kid and I know I didn't care for him appropriately, even if I was doing things to the best of my knowledge and ability at the time.

They can be very expensive, their food alone costs about £10-£15 a week depending on where I am shopping for their veg.

I have posted this article on Facebook. It deserves a wider audience.

Thank you very much for that. I feel very strongly that people should not get pets they don't know how to care for but also that pet shops have a responsibility to make sure that when they are selling pets they are giving the appropriate advice etc.