On the perils of retirement 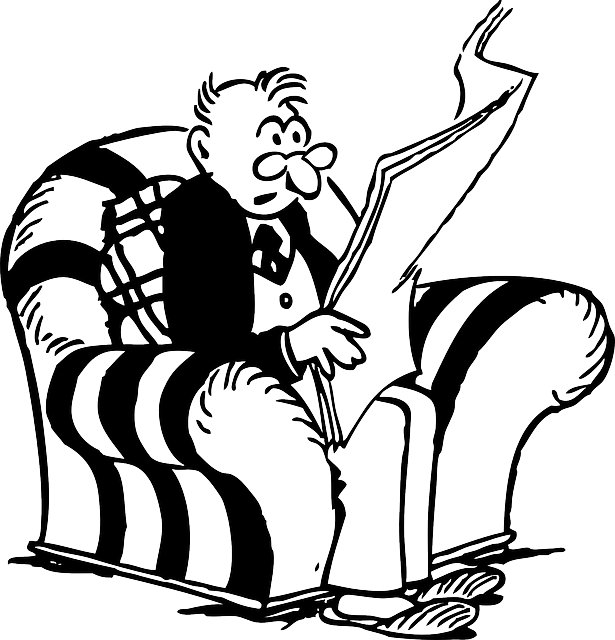 ALL IS ROSY in the retirement garden - or is it? Since I have now retired from full-time employment (yippee!) I have plenty of free time on my hands.

Not having to jump to the beat of the employment drum is a wonderful thing but unlimited free time with nothing to fill it is, as George Bernard Shaw said, ' a good working definition of hell' and he was right - as a long-term prospect nothing to do and all the time in the world to do it in is sheer hell.

So I needed something to fill my days instead of wandering aimlessly around the house wondering what DIY project I could put off until tomorrow or doing the crossword in the daily newspaper or falling asleep on the couch.

Out and about with Mrs Kasman is one way but we also need space to 'do our own thing' and it was Mrs Kasman's idea that we should probably take a couple of hours break from one another each day (actually, what she said was ' find something to do and get out from under my feet before I wring your neck!') .

So, for the sake of marital harmony (and my neck), I did just that.

Now, in my younger days I was a keen hillwalker but, as the years have advanced, I have become less and less able to wander over Scotland's hills on those multi-day, multi-hill, expeditions I used to enjoy with my Wingman ( c'est la vie or rather c'est la vieillesse ) but I don't let it bother me (too much). You see, I have found a new hobby!

Well not actually brand new to me since I have been doing it for years as an adjunct to my hillwalking adventures. Photography is my new 'thing'.

I used a use a rather low-spec camera which wasn't particularly expensive and which I didn't mind taking to the hills with me since if it was lost or damaged it wasn't really any big deal but I have now bought myself a top-of-the-range, all-singing, all-dancing, computerised-up-to-the-eyeballs DSLR! All I have to do now is learn how to use it! So I have been out and about taking photographs of anything which will stand still long enough and getting used to the camera.

One of my online activities for the past couple of years has been taking photographs for a website which aims to collect images of every square kilometer in Great Britain and Ireland. This is now one of my main activities. It gets me out and about and it lets me practice my photography skills as well as contributing to a website which is archived for posterity by the British Library.

Most people would think that taking photographs is a fairy innocuous activity and it is, most of the time, but just occasionally it can land a geo-grapher (as we are known) in hot water.

A BRUSH WITH THE LAW

It happened like this: There is a huge petrochemical site not too far from my home. Mossmorran is well-known in the area and is a magnet for photographers. There are many photographs of Mossmorran online, including on the site I am a member of but, even so, I thought I'd throw in my tuppence worth and take my own photograph of the facility.

The best view of Mossmorran comes from a low range of hills which overlook the facility so, thinking nothing of it, I made my way to a suitable spot on the ridge above the plant and proceeded to take a few photographs. After some minutes I became aware of activity on the access road to the facility - two white vans were cruising slowly up and down the road and the occupants could be seen looking up at me.

Still not thinking much of it I continued on my quest for a good image of the facility. Then I became aware of the honking of a horn. It was coming from the public road from which I had accessed the hills. It was one of the white vans from the access road - the Mossmorran security guards!

Ummmhhh - was I in trouble?

The short answer to that is 'Yes', I was in trouble!

Fortunately, I had nothing to hide and, double fortunately, I had printed business cards with me which explained who I was and what I was doing. Once I had identified myself (driving licence, vehicle registration number, etc.) the security guard was cool about it all and even told me that I wasn't the first geo-grapher he had encountered. Apparently it happens on a regular basis although most people ask permission first - trust me to be the awkward one!

The security guard also told me that I may receive a visit from the police to confirm my identity but this incident happened more than a week ago and there hasn't been a knock at the door so far so it looks like I've got away with it!

So there we have it. My retirement is going well. I have had a near miss with officialdom, a flea in my ear from Mrs Kasman when I told her about it, and that haunted feeling a criminal on the run must have when he is expecting a tap on the shoulder at any moment. I think I'm going to enjoy my retirement!

By the way, if you're wondering what tipped Mossmorran security that I was taking photographs it was the fact that, despite it being broad daylight, the camera flash went off every time I took a photo. Must read the instruction manual again!

If you wish to see the photograph which almost got me into trouble then go here: Mossmorran NGL facility

Oh no, not again!

Scary, getting a tap on the shoulder like that when you thought that retirement had just given you unlimited freedom! I hope you are also going to pin at least some of those photos on Pinterest and write articles on your blog! Did Rocco not go with you?

You don't know the half of it! Considering some of the scrapes I've gotten into recently I'm not allowed unsupervised custody of a bowl of soup never mind Rocco!

You'll never be approached by authorities when you're asleep on your couch... Thanks for this heads-up.

Oooohhhh, I hope we are going to hear more about those! LOL

It is a fine thing that you finally reached retirement and have a nice photography hobby to pass the time and contribute to collecting such types of historic value. I am glad you did not get into trouble with that camera flash. I once had a VHS Cam-Corder and took it around Dallas, taking videos of the area and when I shot a video of a local 7-eleven retail store, the owner came out and told me to GET OFF THE PROPERTY WITH THAT CAMERA. To which I responded. "Okay, I was just making a movie." He was not the least interested in my movie. But I still got away safe and still had footage of that store. I guess he thought I was SPYING ON HIM. Funny. I asked some girls, playing tennis at a local park if I CAN TAKE A VIDEO OF YOU TWO PLAYING TENNIS and one of the girls replied, YES OF COURSE, JUST SO LONG AS YOU ARE NOT WITH THE FBI" - Yea, imagine me with the FBI? Spying on two girls playing tennis at a local park. Ha Ha.