News Media Info: Too Little? Too Much? The Wrong Stuff? 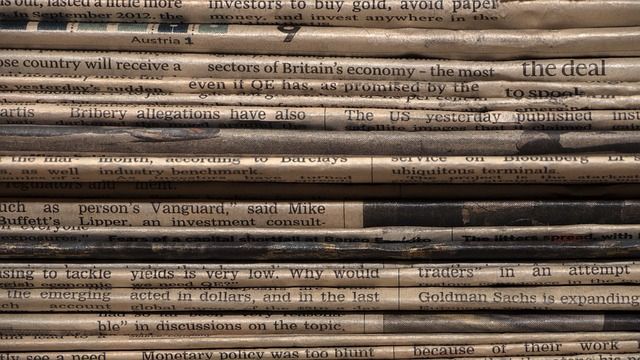 "All the news that's fit to print." You've heard that statement. Sounds good, right? But then, so does "The customer's always right."

Again, because I am older, my hobby is the "family tree." I research my ancestors. Well, I wanted to know about my father's father's father. He was a hard dude for a new researcher to find. Partly because he spent much of his life in the hard coal areas of Pennsylvania. Before that, unlike any of my other ancestral lines, he resided in Massachusetts.

So one day I find him in a Wilkes-Barre newspaper article that was shocking to say the least. You tell me if this is "all the news" and if it was "fit to print." Here goes:

DROWNED IN THE RIVER.

A Capsizing Boat at Plymouth Causes the Death of Two Men.

A sad drowning accident happened at Plymouth last evening by which two men lost their lives and two families were left in entire destitution.


The facts of the case as learned by telephone are about as follows:


About six o'clock a party of four men, all somewhat under the influence of liquor, started to row across the river from a point just above the steamboat landing. They had with them a keg of beer and it is presumed were going to have a little picnic of their own on the other side. All four resided in Plymouth. Their names were William Sanders, aged about 40, married with three sons: John Summers, aged about 34, married with four children: Brave Hanlon, aged 22, single and a man that goes by the name of Megdec, also unmarried.


How it happened is not known but when the boat was about half way across it was seen to capsize and the men were plunged into the water. There were only a few persons on the bank but the alarm was at once raised. The struggles of the drowning men could be plainly seen from the banks, and their agonized cries for help were born loudly to the shore. Several boats were at once put out to their assistance, but before help could reach them Sanders and Summers had sunk to rise no more. Hanlon and Megdec were good swimmers and managed to reach the shore in safety.


Sanders' body was recovered at once, but it was two hours before the body of Summers was recovered. It had gone to the bottom but was raised by the wash of a passing steamer. Sanders was a carpenter by trade, while Summers worked as a laborer in the Washington colliery. The Coroner was notified by telephone, and gave permission for the bodies to be taken to their homes in the lower part of town. He will go down and hold an inquest to-day.


Another account states that the names of the drowned were William Sanders and William Keefe, instead of John Summers as given above.

Vince You Super Genius You! A New Way to Paint Your Roof

Socks and Being Cool in School

William Keefe appears to have been an alias. John's mother's maiden name was O'Keefe. It was the time of the Molly Maguires. Did that have anything to do with the alias? Or perhaps his father, who mysteriously is not with the family toward the end, was figuratively disowned by his son?

Family history trails are not without their puzzles and their unexpected surprises!