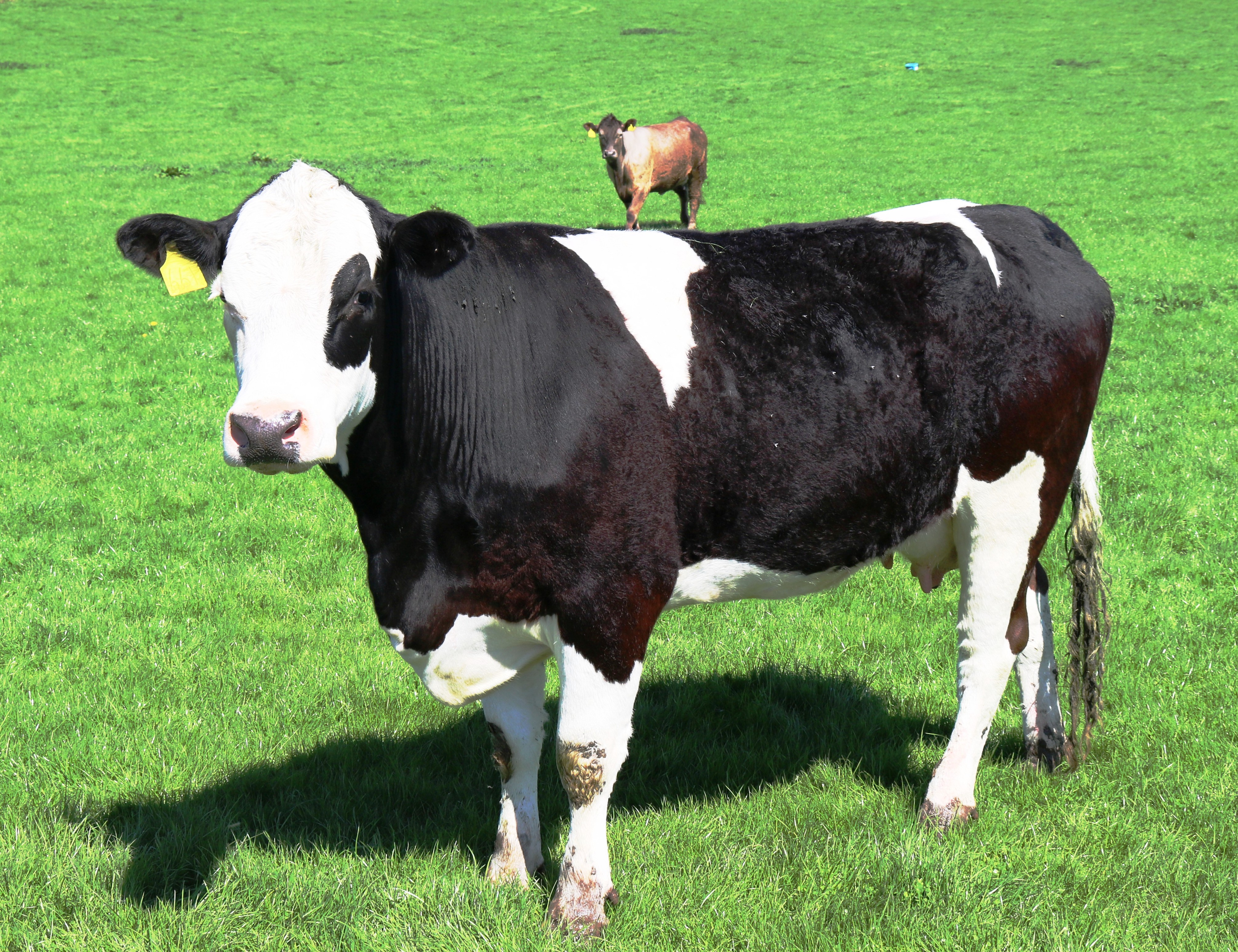 THE CAMERA NEVER lies! Yeah, right. The camera lies all the time especially with modern technology to help. When we see photographs of movie stars or models in glossy magazines they always look perfect but I'd be willing to bet a large amount of my hard-earned cash that even the most attractive of them still have their issues with spots, cellulite, etc.

This is where photo-manipulation software such as Photoshop comes in. Using this and similar programs it is possible to put a glossy edge on any photograph making the real into the unreal, the ordinary in the extraordinary, the plain into the attractive, the impossible into the possible. So we believe our eyes do we?

How about the image here? Is it really what it looks like? Is it really a tiny little cow standing on the back of a full-sized animal? Or is it an example of the program writers' art - is it (gasp) Photoshopped?

Well, no, it isn't. It's simply an optical illusion which I was lucky enough to capture when out and about with Mrs Kasman at the weekend. The thing is I didn't even notice the smaller animal when I took the photo. It was only when I uploaded it to my laptop that I saw this rather convincing optical illusion.

So this is an example of the camera both lying and telling the truth. The camera lies all the time but it also tells the truth. It's just that sometimes it's hard to tell the difference!

A cool accident! Your next assignment is to hold the moon in the palm of your hand...

Good picture. I mean, it looks pretty convincing and I have to laugh. It is funny to look at. One of a kind.

I like that. I wish I still had that photo of a water main leak that appeared to be spewing out water from the tail pipe of a parked car, that I took a pic of on purpose. Lost the pic. Oh well, the idea was a good one.

My brother loves photoshopping photographs and makes beautiful ones. Happy accidents are always great but I don't always have a camera with me.

You didn't fool me at all. I knew the other cow was in the background all the time. But I love these happy accidents that I don't discover until I upload my photos. Maybe I'll post my happiest accident.

This post brought back a memory and this happened long before Photoshop existed. My late sister showed me a photograph and said that the person was in an airplane just taking pictures of the clouds. That's what she said. She was probably repeating what somebody told her. I'm sure the photographer was just an extremely good photographer even with old-school technology and equipment. It was a striking photograph.

First of all, it was a black and white photo. (I said it was old.) It was a picture of clouds. But in the clouds, you could see the feet of a man. What man? Looked like the feet of probably Jesus Christ. He was wearing sandals and a robe. You couldn't see the top part of the body. Just from like the knee down to the feet. My sister was so excited! She was like: “The guy was just taking pictures of the clouds!” I'm thinking: 'So he's saying he accidentally caught a glimpse of Jesus walking through the clouds and got it on camera,' Uh huh. I didn't dare express my skepticism to my sister.' But I will say: “Man! That photograph was impressive.!”