Donations from Benefactors: How Much Does It Amount To, Really? 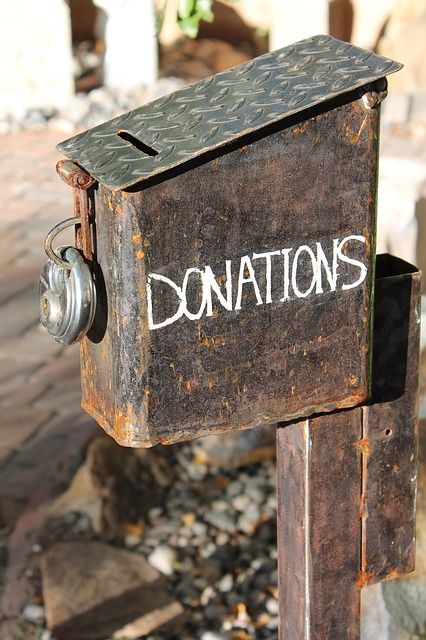 A rich man was reputed by a university to have donated something over a million dollars to build a branch facility to help kids. This was so appreciated they named the building after him. And here's the thing. I do not mention the guy's name, because it isn't right to impute wrong motives to a particular person. However, realistically, motives are heavily in question when large public gifts are made...

Well let's figure a percentage of the man's total wealth...

So next time the Policeman's Ball wants a donation and you give 'em twelve bucks, tell them they ought to paint your name on at least one squad car.

What Expressions Irritate You?

The Feature I Hate on Web Pages

Oh. And by the way. I gave that man a break. He was reputed to have assets of MORE than $5-Billion.

Numbers don't lie. That's the cool part. Those rich dude donations are peanuts for them. Yet the public oohs and ahhs.

Not only was it a small part, it also reduced his tax bill. On the other hand, I bet the university was really glad to get it and were only too happy to name the building after him. Cambridge in England has a building called the William Gates building. It is named after Bill Gates' father because it was funded or part funded by the Bill and Melinda Gates foundation. No doubt it was only a small portion of the assets of the Gates' foundation but the town / university was glad to have it. I understand that computer science is taught there, so presumably the students also feel privileged. Mind you any students going to Cambridge should feel privileged anyway! I assume you are thinking of the widow's mite? Proportionally she gave far more and it was a more "worthy" gift because it "hurt" her to give, however, it would take a great many widows and their mites to make a material difference in some areas. The mite has been on my mind since childhood. She gave her all, or nearly and it was recognised as an extremely charitable thing to do all those years ago. Was the story written to try and shame the rich people into giving more? Just a point of discussion.

No attempt was made to shame others. It was just pointed out as a good example.

It was also a good mathematical example of the proportion of one's "riches". It has stuck with me for many years.

I just realized you asked a question at the end. No, it wasn't to shame the rich. Jesus' words would not have been recorded for that purpose. It was to show his followers the correct spirit to cultivate, the spirit of generosity. The Bible is available to just about every person on Earth, which sets it apart from all other so-called holy books. But it is a book that is all too often not understood. It is, in part, written to reach honest-hearted ones. Much like Jesus' words in his use of illustrations. To quote:

The spirit of generosity seems to be shown much more in poor areas than rich ones, as it seems they are more likely to donate to charity.