Looking out for the blind and elderly and disabled who have to use the sidewalks to get to their places in the city. 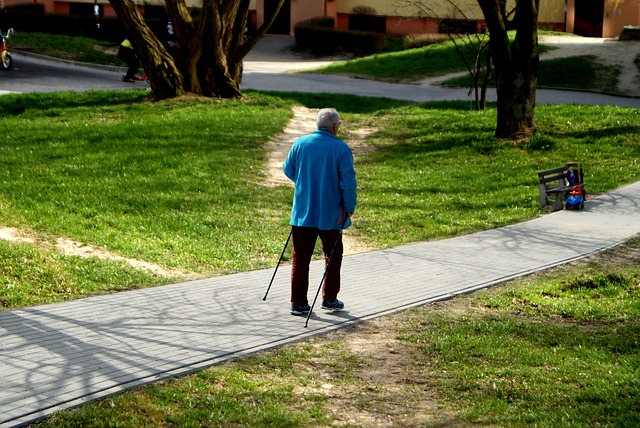 Lime bikes are all over Dallas.

These bikes are to help people get around the city for a small price.

The disadvantage of this idea is the fact that many of the bikes are being left along the sidewalks of the city.

A recent news report indicated that a blind man tripped over one of these lime bikes because it was laying across his path on the sidewalk instead of being placed at the curb, out of his path.

The unfortunate thing about this one particular man's fall was that he was unable to maintain his balance, lost hold of his crutch, fell and broke his leg in many places, thus had to be hospitalized for several months in order for him to recover from the injuries of his fall.

The news was upsetting more to me because I don't like it when a sidewalk, which is intended specifically, for pedestrians to walk on and it should not be a hinderance to a blind man or a lady with a walker or motorized wheel chair! So, what will be done to make it better for the people who use the sidewalks as their means to get around the big city of Dallas, Texas?

Obviously, people who are seen leaving a bike like this one, on a pedestrian crossing, a sidewalk or in the path of traffic should be given a citation but meantime, take into consideration those who are less fortunate than ourselves, who do not have a good pair of legs, or a good set of eyes, and remember the man who took a fall just because of this and it should remain a lesson to others not to leave the bike just any place. If you think this is just a non issue, think again. KARMA has a way of coming back to kick us in the rear end when we least expect it. What goes around, comes around, so for the sake of KARMA or just using good judgement and thoughtfulness that any good spirited person possesses, the next time you see a bike laying on the sidewalk and if you can, pick it up and place it out of the way.

Seriously? It's a no-brainer.

articles that were written in 2014 appear as recent activity on personapaper.

That was very unfortunate for the blind man and very thoughtless of the bike user. Yes, it is good to be aware of things that can affect others and fix where we can.

My way of thinking is that if a person owned a bike, they would not leave it anywhere but rather take it home and put it away. The idea of putting out all those bikes has become the subject of much negative publicity to the point of actually some cities banning these bikes under threat of removing them completely from their cities to rid the streets of obstructions and ugly objects. But the idea behind the rent-a-bike for under a buck is one that might be good in some rural areas but in Dallas, the streets are not even designed safe for bikes. The number of people hit by motor vehicles while being driven on the roads is bad for the rider on the bike, and even more dangerous are those on motor bikes who don't even wear helmets for their protection!

While I don't buy into Karma, I agree activity on a sidewalk should be appropriate activity. The catch is, everything in life can't be policed. And good manners should not have to be. But we live in an age of limited manners.

I think we live in an age of no manners whatsoever!