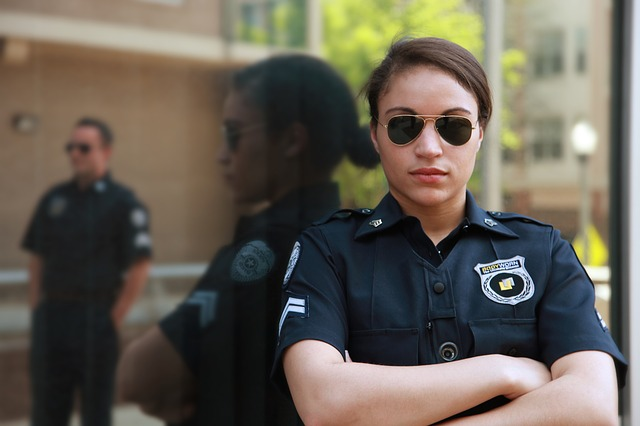 A few times a year, I get a phone call asking for donations to a policeman's ball. The idea is that the police engage in a dangerous work in the Public's behalf.

In fact, some policemen die each year in the performance of their duty. For these individuals and their families, I grieve.

As to the police in general, they receive an income for services rendered. I rather doubt the majority of policemen took the job primarily because of concern for the Public's welfare. Rather, it is a job (and an honest job!). Properly discharged, that job might enable them to provide for their families until they reach retirement age.

But let's get to the point of this article... I receive phone calls, quite possibly not from the police themselves, but from groups eager to get a little money, legally, if not honestly, through the generosity of a grateful citizenry.

The money, in the eye of John Doe, is intended to provide the occasional night out, a ball, for the police.

But, I know of no other employment, other than volunteer services, that have a fund drive to provide recreational activities for its employees. I know that there is no such thing as a chemist's ball.

Plus, John Doe may receive a ticket from a policeman during the year. He may feel the ticket money is his contribution. And, to be totally honest, some have not been treated entirely fairly by a policeman. Should the police feel hurt that the public at large may not choose to give?

What about you? When you receive a phone call to contribute to some police organization, are you one who gives, or one who desists?

Need a Good, Healthy Cry from the Heart?

Just a quick note. I realized, later, this should have read policemen's ball.

I have never received a request for that. I don't agree with that kind of activity. I am happy to support charities and welfare but these have become very demanding recently, using aggressive sales techniques that get my back up and earn a sturdy NO!

Is it a dance or a raffle?

We were always led to believe it was a dance.

I have nothing to give them and feel like the caller may be a fake so I just don't but I would gladly support them in other ways like writing a positive article about them in a post here at persona paper or at myLot. No, I don't really feel a bit guilty by not just giving based on a phone call. I donated to Wikimedia Commons a few months ago and someone told me I should give to the needy instead. I felt like I was being judged for foolishly donating so next time I donate to whoever, I may just keep it quiet so I don't get the third degree from a follower on social media.

True, the callers can sometimes become very aggressive. If they knew just how broke I am most the time they would probably feel embarrassed for asking me.

I don't ordinarily give to such things as Wikipedia, but I did make the exception this year of giving the minimal $3. After all, I have benefited greatly by using it. I read over an article for what I seek, check the references they provide, and if they are authoritative, cite those.