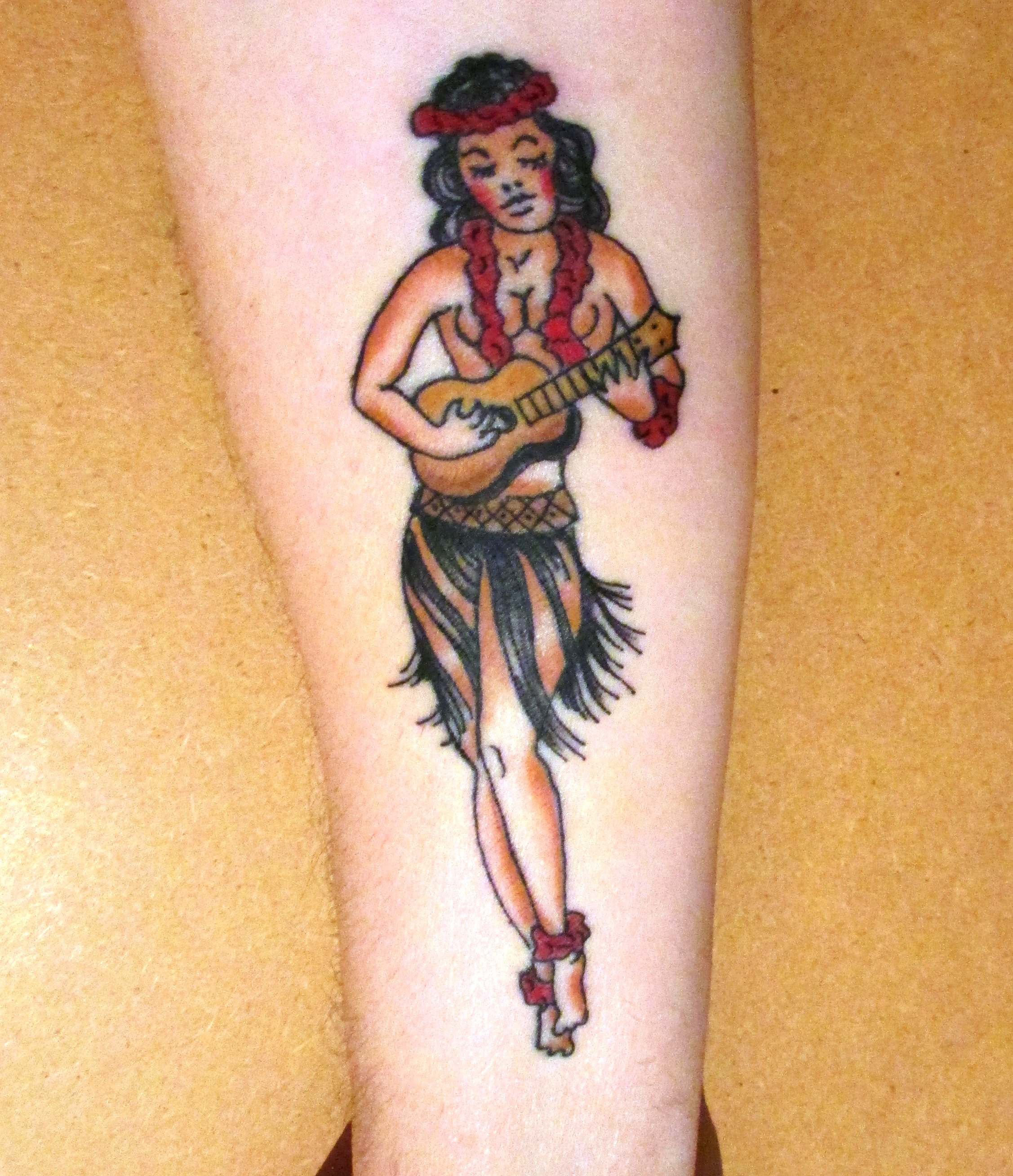 YOU MAY REMEMBER a couple of months ago I wrote THIS POST about Carmen my new tattoo lady which I had applied to my left inner forearm.

Well, VinceSummers , as I said I would in that post I've gone and done it again!

This is Nohea and as you can all see she is a Hawaiian hula dancer complete with grass skirt and lei (garland of flowers). I'm not so sure about the banjo though - as far as I know it isn't a traditional Hawaiian instrument!

She now lives on my right inner forearm and, being the same size as Carmen (6½ inches), I feel as though I am properly balanced once more.

This is probably it for my tattoos. There won't be any more (can't say the same for Mrs Kasman though!). I do have two other tattoos - one each on my outer forearms - both of which are the best part of 35 years old and somewhat faded.

I have considered having something tattooed over them but that would involve a certain amount of laser treatment to remove some of the darker inks which were used on them before new tattooes could be applied and I don't really fancy having my skin seared by a laser beam!

Still, it's something to consider for the future

By the way Nohea is a Hawaiian name which can be used for either a boy or a girl and its meaning is different for each gender. For a boy it would be translated as 'Handsome' and for a girl it would be 'Lovely'.

It's curtains for Mrs Kasman!

Cruise your way across Scotland