I've made a friend 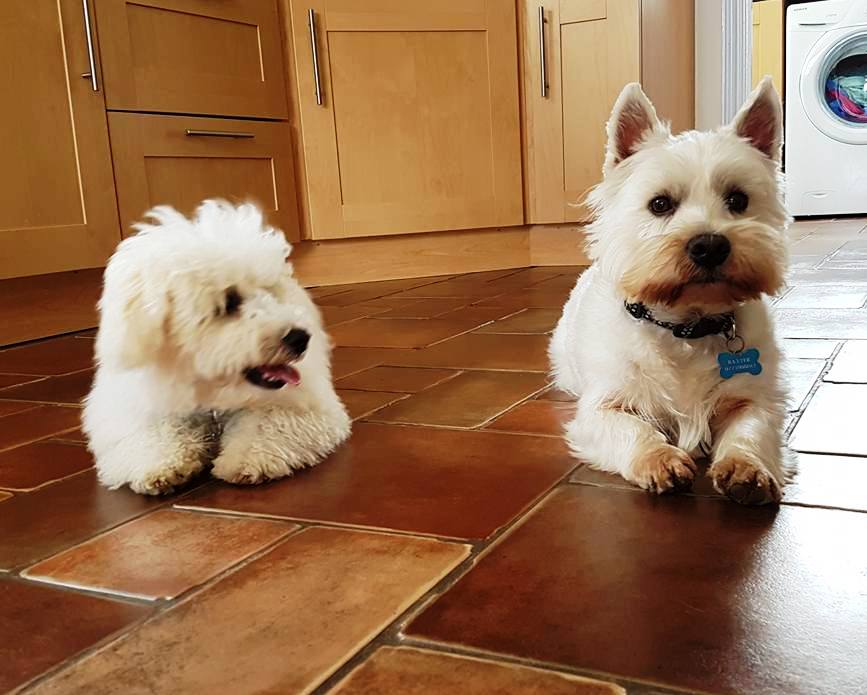 YES, I HAVE! His name is Baxter and I'm told he's a somethingorother terrier - but I can't remember what!

His owner is a friend of my mum's and when his mum came to have her nails done she brought Baxter and his big sister along as well.

At first I wasn't quite sure what to make of this strange dog who had invaded my patch but he turned out to be very nice and quite well-behaved (better then me my mum said!).

My brother and sister and Baxter's sister had a great time playing in the kitchen with some green, slimey, gooey stuff which tasted horrible (I had to try it). Baxter and his sister stayed for lunch so I shared some of my crunchy stuff with Baxter and afterwards we had a chew stick each.

Baxter finished his in record time and then tried to pinch mine but I let him know that he wasn't having it even if he was a guest!

Just before they all left to go home it was discovered that someone had pooped in a corner of the kitchen. I know it wasn't me but good manners forbade me from accusing a guest so I let that one slide.

I hope Baxter comes back for another visit 'cos I enjoyed his company - even if he did try to steal my chew stick!

If I'm up everyone's up!

So this is fashion, is it?

LOL, what a kind and polite pup!

They are quite a pair.

Wash your mouth out with soap you bad man!!!!

Too much cuteness in one picture!! I just want to hug them both, they are so fluffy!