A walk in the hills 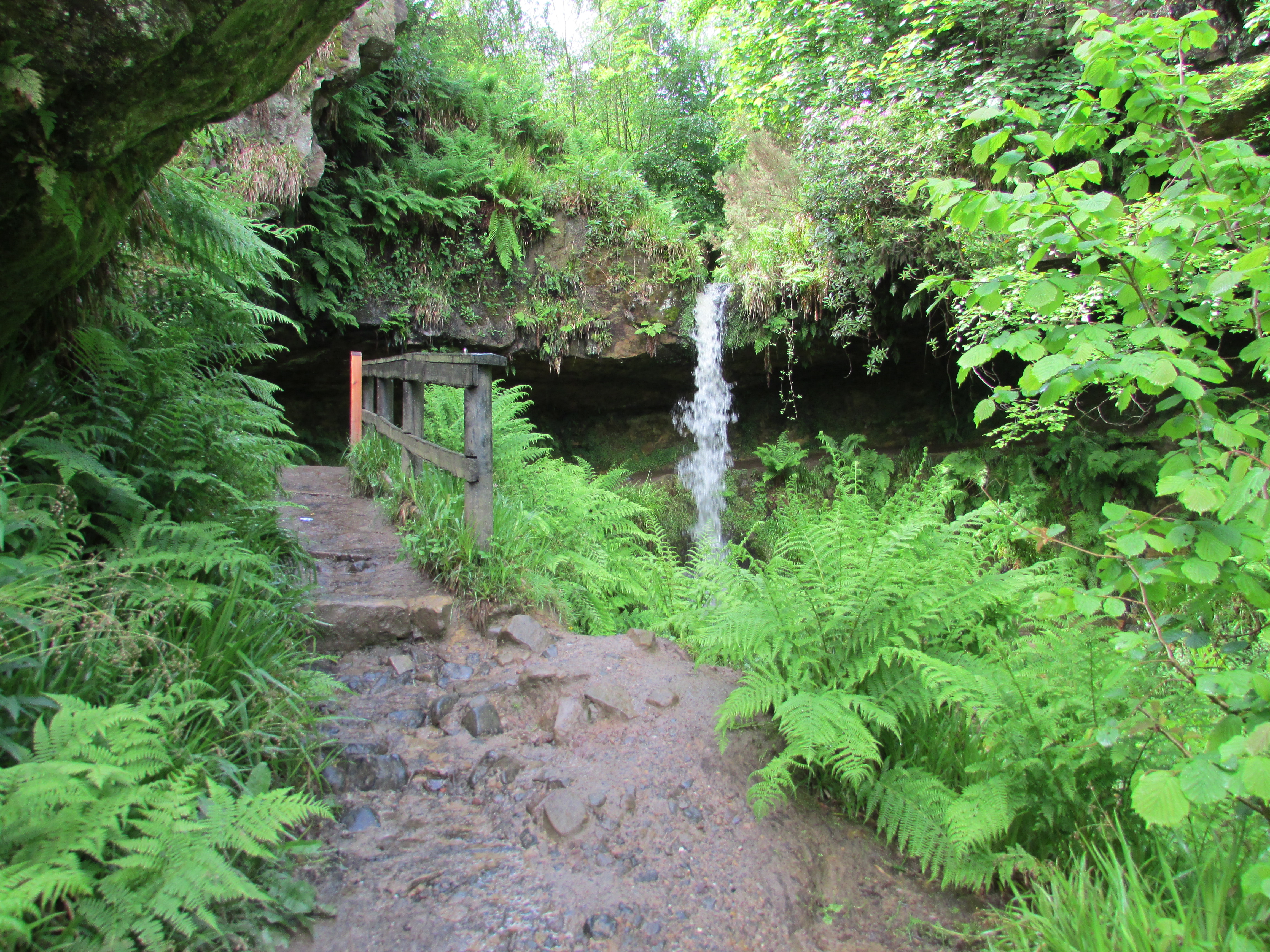 OVER THE PAST few months I have been keeping myself busy with a series of photographic projects elsewhere online. One of these involved me walking a fair distance over hill and upland paths I am very familiar with and rediscovering many others which I have not trod for, in some cases, several years taking numerous photographs along the way.

I want to share with you just one of the trips I have taken. It involved a walk up a narrow, steep-sided, heavily-vegetated gorge following a burn which tumbled down over a series of small waterfalls (hardly big enough to be called waterfalls actually) for the best part of a mile. At the head of the gorge is a waterfall which has a path running behind it.

The picture here shows the waterfall at what is probably its minumum flow (open in a new tab for a better view). After heavy rain or snowmelt it can become quite spectacular and noisy. It has a drop of about 25 feet and the path passes under a huge overhang of sandstone which must weight many tonnes. I have never walked behind this waterfall without a shiver running down my spine - I hate to think what would become of me if that huge overhang were to collapse when I was underneath it!

I took a short video of the path and the waterfall. It can be seen here THE WATERFALL . For the full effect turn your volume up to maximum!

Why do people do this?

Very nice, indeed. And I love the ferns.

That is a beautiful photo. I love waterfalls.

Actually, it's very easy to reach. I took the long way up for the exercise!