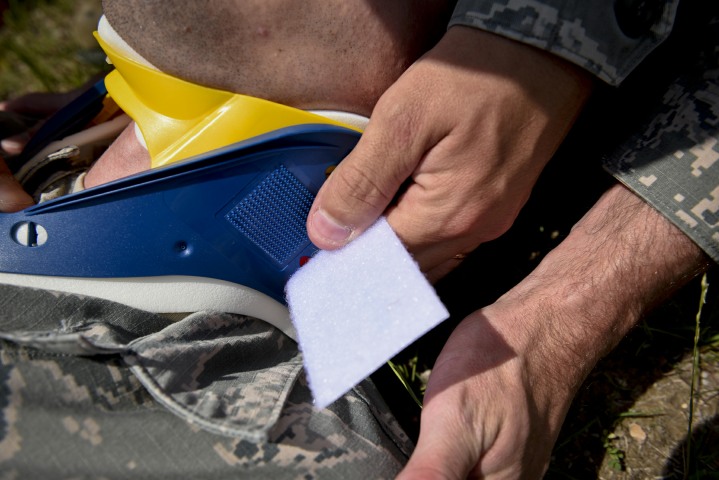 Recently, the UK government said it wanted a 7 day a week health service available to people needing its services.

We Already Have One

I would like to let them know we already have one!

My son crashed his car at the weekend. He totalled it, though he and his friend were able to get out, despite the car having rolled and the roof flattened! This was in the early hours of Saturday morning when the two of them were returning from a fishing trip and it happened on a small country road out in the "middle of nowhere". Luckily, they were both wearing seat belts, though one of the air bags only partially deployed. The police attended, breathalysed him and searched him and found he was sober, so determined it was "just" an accident. A few hours later, he began to feel very sore and went to hospital where they found he had a broken neck!

One of the vertebra (bones) in his neck was fractured right the way through. This was on a Saturday morning (weekend - government, do YOU work on a Saturday?). He was given an x-ray and an MRI to see whether he needed an operation to insert a steel plate. The consultant came around on a Sunday (yoo hoo Government, do you work on a Sunday?) and told he did not need an operation

The first Monday in May is a Bank Holiday (Public holiday) in the UK. The doctors came around as usual (Government - do you work on Bank Holiday Monday?) to let him know he could go home and he was provided with pain killing medication (pharmacy working on a Bank Holiday too).

Trying To Save Money

The government is trying to save money on the NHS. Providing non-urgent clinics at weekends and maybe long hours just puts staff under greater stress because they are unlikely to employ any more. Maybe the gobernment should send themselves to mental health training courses to learn some common sense.

How scary that must have been! I am so glad he is ok, well in the sense that he doesn't need surgery anyway, I hope the painkillers work well for him.

It is also nice to see that people realise that we do work weekends. I have worked nightshift for the last four weekends including both may bank holidays. Each night we were fully staffed, patients were seen by nurses, doctors, radiographers and gosh even consultants (although they don't do nights) over each weekend. People got all sorts of scans and investigations, got medication that they needed and I am sure many people in the country even had their lives saved during those weekends - meanwhile our MPs have every weekend off, never work nights and will have enjoyed their two bank holiday Mondays I am sure, all on more than three times my salary for the most junior MPs and a lot more than that for the more senior.

Thank you.
I think most people realise the NHS is 24hour service, EXCEPT the rich people running the government who probably don't use it but have private medical insurance.

I don't know about UK medical provisions, obviously, but I am somewhat aware of those in the U.S. And to be honest, probably the U.S. is capable of the finest medical treatment anywhere in the world. But also to be honest, it can't be said that the U.S. provides the best healthcare out there. Those who say it does are among the fortunate who have sufficient provision, and, sadly, whether they are misinformed or deliberately misleading, they lay claim it the U.S. does.

I knew someone who went to the US on a holiday and took ill. She said she got the finest treatment available and couldn't praise it highly enough. We mostly love our NHS here in the UK but it is being starved of funds and is creaking at the seams.