Do you still use a land line phone? Well, I do. 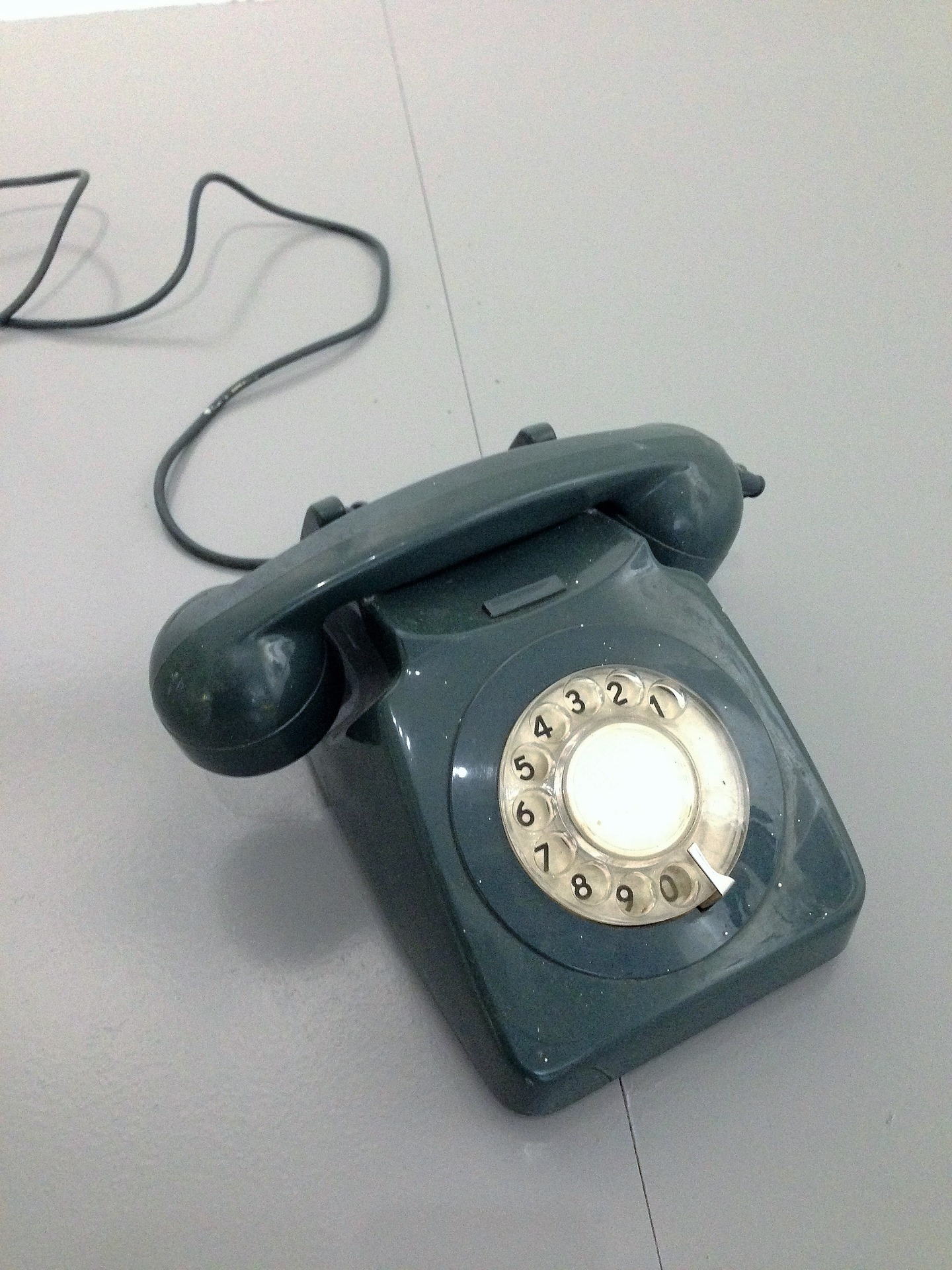 I got one of these, but it's a slim line by PANASONIC and it has push buttons, and I can't find it.

Like so many things I own, we both own, they are put away to keep clutter free this house.

This is part of the thing, the reason I can't use my land line phone. It is supposed to be used in an emergency. Like 911.

Last night we heard a BAM! out at the corner of the block.

I looked and it was a terrible accident between two cars. One ran a red light, hit the other car and sent it smack dab right headlong into an AT&T telephone junction box!

I could not make that call!

At the time I tried to make a call to police to report the serious accident down the street, I realized that the phone was dead. No dial tone! I went outside and met with our next door neighbor, who said to me, "The reason your phone is not working is because a Red Mustang ran into a telephone junction box and knocked it clean off the foundation and into the neighbor's fence while another car ended up smashed in the front end and is blocking traffic in all 3 lanes!"

So, I was at the scene of that accident, after the fact, as an observer

At least 6 young people were in those two cars. Nobody was injured but both cars were completely destroyed. When I walked over to the overturned and twisted metal box that once was an AT&T telephone land line junction box with wires all over exposing the circuit boards all mangled together, I sighed. At least I knew we would not have to deal with robocalls for a few days or a week while I managed to get online. How was I able to get online with my desktop PC when our land line phone was cut off by that terrible wreck? I don't know. The lines merge from two separate locations into the single line that connects to our house telephone and internet splitter box. I guess they thought ahead about doing this.

I was told by AT&T service technicians via the internet automated system that by this Wednesday, around 8PM we would have our land line service back. Meantime I am wondering if we will get a discount from the several days without having telephone service. Well, I'm not sure many would realize there was a problem because after talking to at least 4 different people who are local residents near where the accident occurred, they all admitted not to having a land line phone, but used the internet with their wireless phones. It might very well be that our household is only one out of perhaps 100 who still continue using landline phones. I will be looking not only for my electric drill to finish up on that window air conditioner install but that sony slim-line landline phone, so I can connect it up and make sure my phone service is back up by Wednesday, March 29, 2017.

Blasting a rocket to the moon with one huge force of energy vrs. puslating intermittent bursts of energy.

People are getting pretty desperate when they start taking your porch plants in the middle of the night.

We use our landline phone every day. It also runs 3 computers, a Tablet and other stuff. I was fed up with the stupid marketing calls and our landline company (British Telecom, known as BT) introduced a new free blocking system for these, called BTProtect. It's great. Does exactly what it says on the tin. My mobile phone is for texts and phone calls only. I don't have an internet enabled one, by choice.

I only use the tracfone to make calls and get calls when I am calling long distance and on the go making rounds.