THE BORDER WALL VRS FREE WILL 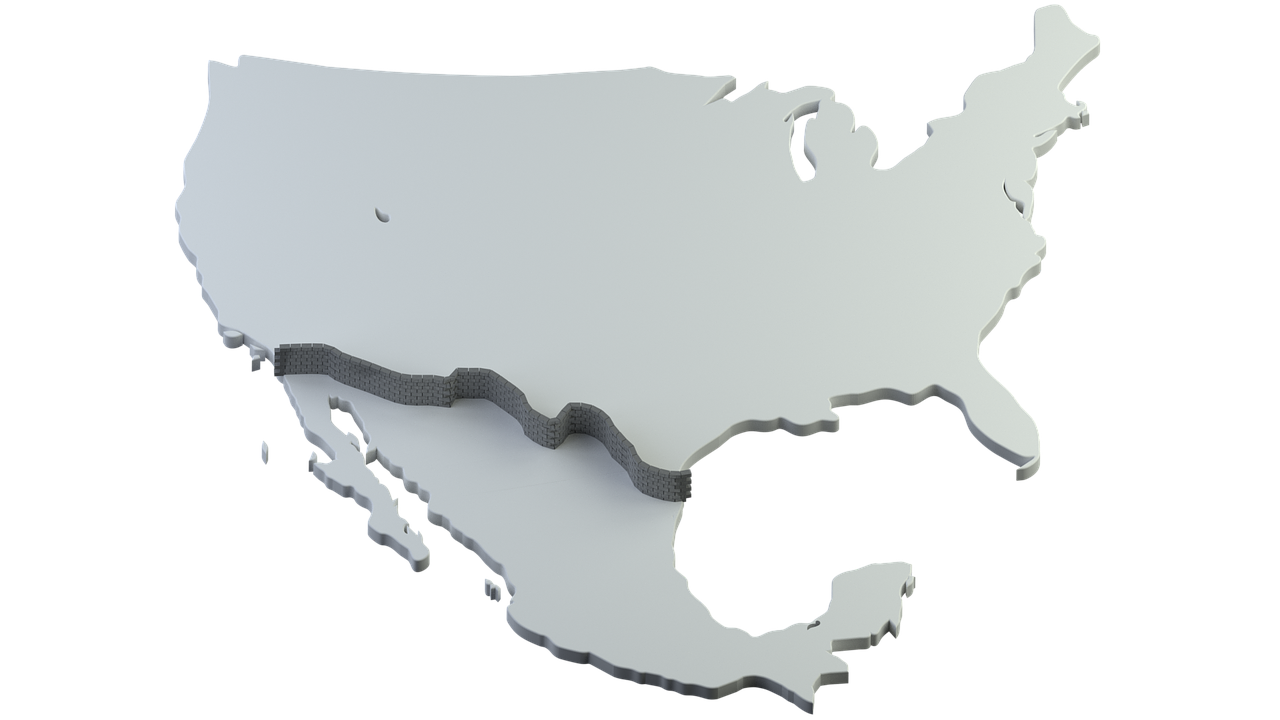 The border wall is a concept and it may soon be a stark reality ... but, why build such a wall?

I have to give credit where it is due. My dear wife told me what her feelings were on this subject so with her permission I have provided some of her views along with my own below:

There are good arguments against building a border wall and many alternatives to it as indicated below:

The Mexican people are leaving their homeland for a reason. Ever thought about what YOU would do if you had to live there?

The Drug Cartel is one reason Mexico is in such dier straits.

If America wanted to, it could take care of the mess those drug lords are doing over in Mexico by putting together a strong joint task force between the Law Enforcement of Mexico and American FBI and American Military to round up the drug lords and punish them.

2. The Mexican worker is a hard worker and that said, if the economy of Mexico were to get better, once the drugs were taken out first, and law enforcement made things safe for Mexican citizens, then America could spend money not on a border wall to keep Mexican illegals out, but to build factories, schools, better transportation and energy resources, hospitals and such, the Mexican people would want to actually stay in Mexico. The fact that outsourcing has been good in Mexico proves that the Mexican worker works hard and is very dedicated. This is an oversimplification though.

There has to be an answer but building a border wall is not it. The only way we can bring an end to the overcrowding of America by illegals is to give Mexicans a reason to live in Mexico by helping Mexico out. There are many ways to help improve the life styles of those very resourceful people who are native to Mexico who in fact have a long lineage that dates back to many centuries, longer than even us immigrants in the USA who in fact came from just across the Atlantic.

We need to find ways to help Mexico and stop treating them like the enemy. They are our neighbors to the South, and they are mainly good hard working Christian folk. There are just as many bad guys here in the US who probably get away with selling drugs and guns and sex slavery.

There is also lots of violent crimes against persons from every race of person who is actually a registered US citizen. So who will build walls around us to block them all out? This is why I am totally against a border wall. As for border patrols? I believe we can improve on that a lot through hiring more guards, border patrol officers, improve surveillance systems and do a better job at finding criminal and illegal immigrants in the work place here in the USA.

America is all about fairness and kindness and acceptance, not protests, fear, passing the buck.

When I go shopping for bargains at the Good Will Store.

Why Private Domain Registration is a good thing.

And why is there a drug cartel in Mexico? because there is a market for those drugs in the US! Who makes the money from those drugs being imported into the US? Don't think drug cartel, those amounts of money are peanuts. There are people in the US making great amounts of money by importing drugs. If drugs were made legal, they would lose a source of income. With a wall to make drug smuggling more difficult, they will be able to charge even more for the drugs. Yes, I agree. Every country should be treating its neighbours fairly, just like you should try to do with the people living near you. A little neighbourliness goes a long way.