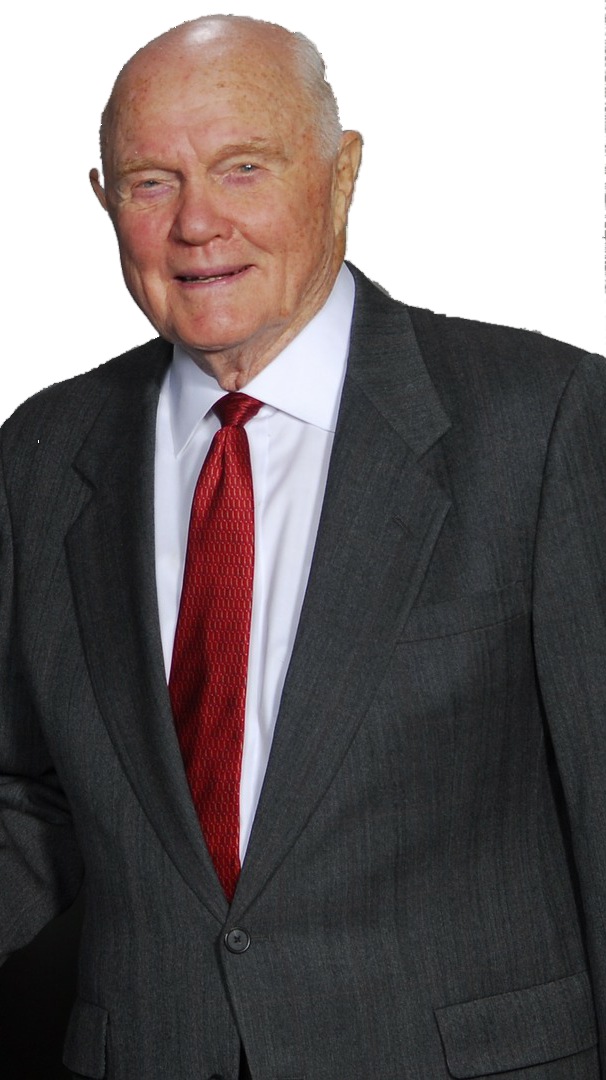 He was the first American astronaut to orbit the earth (two Russians preceded him) back in 1962. He orbited 155 miles above the earth's surface before splashing down nearly 5 hours later in the Atlantic. I remember those space days, they were really exciting.

His life was almost a series of "firsts": first American to orbit the earth, (third to go INTO space) oldest person at that time to go into space and he eventually became the oldest person ever in space (so far) when he flew in space again at the age of 77 years, while a US Senator.

He also remained married to the same woman for 73 years, his wife Annie, who survived him. They met as toddlers, so they spent a long lifetime together.

Image Credit » https://pixabay.com/en/john-glen-american-hero-astronaut-1564546/ edited by me

He certainly has good run.

I, too, remember him. He was one of my heroes.

Although, I am not an American, I am aware about him because I am reading lots of books especially Literature and Science.

I heard that on the news.

Of all these things, his marriage record most impresses me. Certainly his is a name people recognize...

Yes, there are not many who will be able to claim such a marriage record. My aunt and uncle were married nearly as long and died within 5 days of each other. One didn't want to go on without the other!