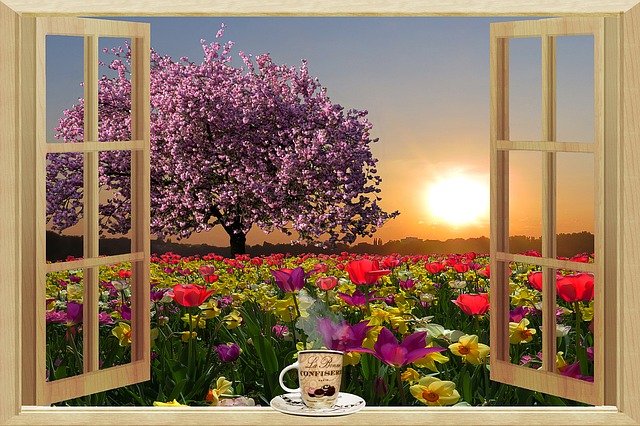 Good morning. How you doing?

Well, the first thing I found out when I booted up my system was a Router's report about an American US air strike on Libya at the site of an Islamic State training camp:

What a way to start the day:

I haven't even had time to check my pulse. :)

Late getting the coffee ready.

The window guy, aka landscape architect, team leader of a group of general contractors and PMH dude said yesterday he would do his best to find a window for us. The problem with that is, it's been a month since he first gave his estimate and our window is a 'COLONIAL STYLE - 12 over 12 wood frame dual hung window that dates back to the turn of the last century. The home in which it was placed has 3 exactly the same size and design. In fact most of the windows in our house are either 6 over 6; 12 panes or 12 over 12; 24 panes. All are double hung wood frame windows.

The estimated cost of custom building an exact vinyl replica of just one 12 over 12 window for our home is nearly 2,600.00 to build and install. I wonder if the insurance company will allocate the additional money to pay for it's install. Otherwise I can see us getting a different sized window and modifying the perimeters to make it work.

I noticed that the majority of all the homes that were built in this neighborhood back in the 30s and 40s were of similar design to the one we are living in. It is approx. 75 years old. Those 12 over 12 colonial style windows are from a much older style window design that dates back before the civil war and was used in the making of many homes and public buildings.

Most of the homes in our area have been redesigned.

They have inconsistent window design around the entire outer area of the structures indicating modifications were done over a longer time period and there had been no deliberated attempt to preserve the houses' original style of design. So I find very few homes in Oak Cliff with the windows that are like ours. I guess they had a problem with 3 thousand dollar replicas wouldn't you think? No duh!

The problem with this is , it is less likely there would be a surplus of old style windows that date back nearly 100 years where one could purchase a look-a-like window for our house. I think it may be possible to just keep the old window, replace part of it's damaged window sills in and out and part of the outer frame and maybe replace the lower section of window panes, the group of 12 window glass, but eventually that would be the same as just having the entire window replicated and pay the man the 2600 dollars for it.

The only way this window can get replaced with one that is exactly the same is to pay for it. That would require getting more money from the insurance company to get it done.

Other wise the cost of a modified window that is smaller than the original damaged window, and modifications of the wood around it to make it right. This would be as costly, according to the contractor in charge of our home restoration.

If I had nothing more than a few hundred dollars and some carpentry experience , I would just replace the rotted and damaged boards around the perimeter of the window and using nails and a saw and a hammer, cut the boards, nail them in place, use caulking and paint to make it look good, then I could use a hundred dollars to buy fiber-cement tiles that are one foot by two foot in size and special cement tile nails and a hammer and some siding tar paper a special tar paper knife or basic box knife or other knife, an Arrow T-50 staple gun, staple the tar paper over the exposed boards, then carefully align the tiles and using a hammer and special nails, tack on the tiles one at a time using the pre-drilled holes in each tile. Then I would caulk the perimeter of the still existent old window frame, then paint the siding using paint that matches the original colored siding.

This would take a while and the window would still be the same o - same o , It would not cost nearly 3 thousand dollars to do this.

I could then use the 3 thousand dollars to pay for a lawyer to sue the contractor for not doing his job as he promised. He should really have done his homework. Homework about old houses with old windows and if he had hind sight then he could have bit higher to cover that 2600 dollar replica window custom made to replace that 75 year old one.

But instead of all that he did things backwards. First he filled in the ruts with dirt where the truck plowed into the grass, filled it with bags of the cheapest dirt you can find at any home improvement outside lawn and garden department, called topsoil. Placed patches of Saint Augustine grass on it, took a crowbar to remove the cracked outer tiles on the house where the truck smashed into the window, and all this took 3 weeks and each time the contractor was here doing the work he stayed little over an hour in both cases.

That is just half of the total amount. and to top it all off he tells my wife, the window is hard to get and that it would have to be custom made and cost 2600 dollars. Does he think we are made of gold? We are living on a fixed income, social security that is, and we have no gold put aside for things like this.

But I gather the man just wants to pay for his Mercedes and his country club monthly dues.

And this is why I am having a very large, strong cup of freshly brewed VERANDA coffee!

Why not build a Space elevator for the moon?

Harper Lee, author of the novel, 'To Kill A Mockingbird', age 89, dies today. Watch the 1962 full film adaptation from my YouTube link.

Good morning! I haven't even read the news yet or turned on my radio. I guess I'll have to run downstairs and turn on the TV. I hope you have a good day!

He is trying it on. He estimated for replacing like for like. That is what he should do, at the estimated cost.

I figured he had his own personal formula for doing things.

I just finished watching, 'To Kill A Mockingbird' with Gregory Peck. It was over 2 hours long. Now I need a break. Have a good day yourself, CoralLevang .

My idea was to have him put the window in first, frame the darn thing, putty and insulate, paint then do the siding and finally do the lawn.
If 3,150.00 doesn't pay for it, I hate to think of what he actually expects above this amount which he himself proposed to the insurance company.
He wanted half of the money up front. With that he bought 22 bags of top soil and just enough st. augustine sod to lay it over the track marks made by the tow truck digging a deep trench wile lifting up the wrecked truck out of our yard. The siding would cost not much more than 150 dollars. For 4 hours labor, some dirt, grass and 8 pieces of fiber cement siding panels he received advance payment for 1,575.00 He is making a killing off us. Do I approve of his methods? Not exactly. Do I think he's charged too much? well that goes without saying. Contractors always charge too much. They know they have you pinned against the wall between them and your obligation to them and the expectations of the insurance company because after all the work is finally complete the insurance company comes by to see how well the job was done to make sure the contractor did not do work outside the description within the job proposal for which the allocated funds were provided.