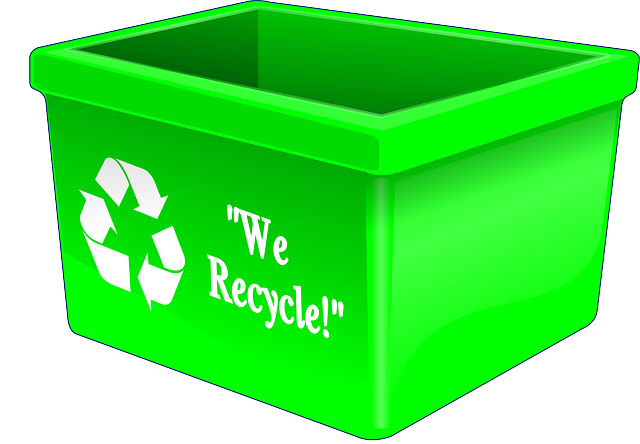 Starting this week we now have single stream (sort of) recycling here in town. After years of having to sort and bring my recycling into town, I was happy to have curbside when we moved to the new place. Tho having to sort and drag the small bins they provided out to the curb in crap weather when I have to use a cane was a royal pain in the butt. Some weeks the recycling didn't make it to the curb. Too dangerous.

Last month they delivered the big green rolly carts, and by big, I mean BIG! Sucker is 3+ times the size of my garbage bin sanitation provides.

The saga of them getting the new bins is a tale of its own. Single stream was supposed to start last September, but sanitation got the wrong color (too close to the color of the waste bins). This after the city had told them straight out the bins had to be a very distinct color to avoid confusion. They had to find a buyer for the bins and we will probably never know how much money was lost on the deal.

I said "sort of" for the single stream. They won't take glass, which is a serious sticking point for a lot of folk. They did take glass before, but decided not to for the single bins. This means people have to bring their glass to the recycling center in town, or out at the dump. Fine and dandy if you had the means to do so, but there are quite a few people who for one reason or another can't get to the recycling center. They did put a glass drop off on the east side of town, but that is a *%& %^$ huge bin that you have to lift the glass over your head to get into the slots. I imagine a lot of bottles will be left at the base of the bin. I imagine a lot more will be going into the trash.

But now I can easily haul my recycling out every two weeks with ease and will even be able to do so when the ground is covered in snow and ice when winter hits again.

I am glad to see more recycling coming in. I don't like waste.

Glad they got something better for most of it at leadt

In Dallas, on average one family recycles for every city block that does nothing about it. The option is there only most are too lazy to participate.