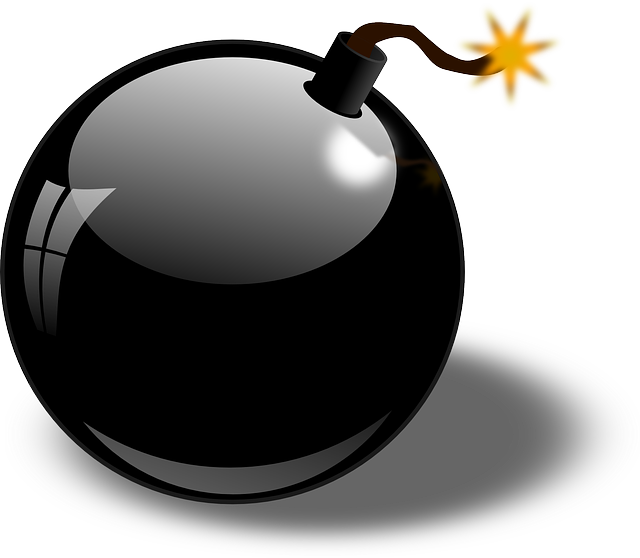 Unless you're paying very close attention to the news you've probably not heard about the so-called "Oregon national refuge standoff," other than a passing reference and a little time spent announcing there had been a shootout with some of the leaders of the group who have staged an armed occupation at the Malheur National Wildlife Refuge.

You should have heard about this. In fact, we should be paying very close attention to it.

In 1993 there was a long standoff between the FBI and a group of religious cultists, known as the Branch Davidians. That ended terribly, in two ways. First, on April 19, 1993, the feds decided they'd had enough of the standoff and stormed the compound. The buildings, constructed of flimsy material, was easily combustible and caught fire. In the end, the place burned to the ground, killing 80 people.

Two years later, to the day, a man who felt the government was too intrusive in the Branch Davidian standoff and upset over the violent way it ended, decided to take revenge on the U.S. government. You may have heard of him: his name was Timothy McVeigh, and he was the man who parked a Ryder truck full of explosive material in front of the Murrah Federal Building in Oklahoma City. In his statements and writings McVeigh expressed anger about the Branch Davidians (his driver's license reportedly showed his birthday as "April 19" as a sign of his anger). McVeigh had also referenced other standoffs between civilians and federal agencies, including Randy Weaver at Ruby Ridge (where his wife and child were killed during a shootout that also left an ATF agent dead), as part of his "rationale" for "getting even with the government" by killing 168 innocent men, women, and children in Oklahoma City.

We hear a lot about terrorism and the fear from ISIS operatives "sneaking" into the country with refugees (or even on valid passports [remember, the 9/11 mastermind was here perfectly legally]), and we do need to be vigilant. However, the troubling thought that there are "fringe groups" in the U.S., comprised of American citizens, who would just as soon see this country destroyed as continuing cannot be overlooked. Somewhere in this country some government-hating person is watching the Oregon standoff...with great interest. I pray this doesn't "inspire" someone else to try to attack a federal target...where people who had nothing to do with this in Oregon would be harmed.

This article is an article to think about. I would say you should try to get this published but that would or could get some undesirables to do what citizens would deem terroristic.

Until the government is held accountable for their actions and mis-actions, this is all for naught. Under the Patriot Act they can do things that blatantly violate the Constitution and Executive Orders are nothing more than a joke these days.

If you lived in Texas around the time of or shortly after the Waco incident, particularly if you spent time in some of those stores where they bought supplies, you would have been told that the whole move by the Government was a pretense. "Everybody knew what they had" in the compound. It's not simply about one incident. It's about a series of things; which is precisely what the protesters were claiming. If you live back East or in the major cities, it can be tough to grasp the significance; but, the amount of land controlled by the Federal Government in the West and the consequences of some of the policies is BIG out there. It's not just about grazing. It's water, development, homes, etc.

There's right and wrong on both sides. In the end, however, it's exactly the same mindset which created the Civil War; i.e., individual rights, States' rights, and Federal power/authority. That's why you have to be careful with labels such as 'fringe groups.' While not everyone may agree with them, particularly in terms of tactics, there is considerably more 'sympathy' than the media conveys among many. (I can give you stories about 'locals' and confrontations with BLM, et al. where the BLM actors were clearly in the wrong, literally and in spirit.) It's not about 'government hating' people so much as people who strongly disagree with what the Government has become in terms of the power it now exerts. If you have trouble with that, remember that it's "We the People," not "A Beneficent Government Grants."

In short, there's much more to this than simply 'crazies' coming out of the woodwork. That happens and it's something difficult-to-impossible to stop or prevent entirely. However, bear in mind that there are an host of serious questions about Government actions which come into play when you talk about some events such as Ruby Ridge, Waco, and even this latest incident in Oregon. Also, it's not limited to 'right-wing' groups. It's just that the media tends to portray the 'Right' as government-hating lunatics and the 'Left' as on the side of 'justice' when something like Wounded Knee (1973) or Kent State (1970) or similar occur.

The sad reality is this country ceased being we the people or the United States some time ago. And, as you say, there are extremists on all ends of the political spectrum. How about those people who claimed to be "for peace" protesting the Vietnam war by rioting, burning, and looting? Or the "pro-life" people who kill doctors performing abortions? The Unabomber is generally classified as an anarchist. That's the reason I used "fringe" -- the media may portray "fringe" groups as usually "right-wing," but a terrorist is a terrorist, regardless of his/her political or religious ideology. Something like the Oregon incident can incite another Timothy McVeigh...or another environmental extremist.

Unfortunately, for now, the so-called 'fringe' has become the 'norm' in the media. That's a big part of the 'discontent' in this election and it's showing. The media keeps presenting the 'fringe' as the 'norm' and the People are beginning to push back. While Trump is definitely a 'fringe' himself, his supporters seem desirous of swinging the pendulum back toward the middle. They figure it will take an extreme to return a balance. I'm not sure I entirely agree; but, there it is.

Yes. The media 'glorification' of such incidents can incite someone. However, people become worked up by many things; including what Thee and Me would consider to be 'normal.' In fact, that was my point. While it may seem 'fringe' to you or someone else, to others, it's 'normal' or, perhaps more accurately, 'acceptable.' Bear in mind that the Founding Fathers were considered 'righteous' by some and 'terrorists' by others; i.e., a 'fringe group.' Just as one man's 'terrorist' is another man's 'freedom fighter,' the use of the term is more indicative of where "YOU" stand and what "YOU" perceive than it is an 'accurate' assessment of where "THEY" are.