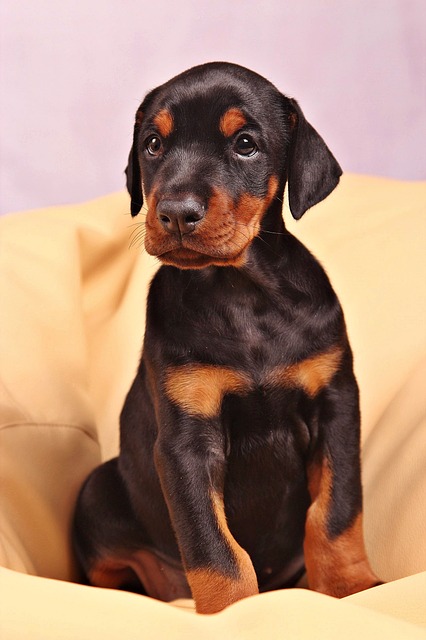 There is a story of an old Doberman who got lost while chasing a rabbit. As he was trying to get his bearings he noticed a panther running towards him, licking his lips, anticipating a Doberman lunch. This old dog realized that he needed to act quickly.

He saw some bones lying on the ground so he stopped and began chewing on them with his back to the approaching cat.  Just as the panther was about to leap, the old Doberman shouted, “Boy, that was one delicious panther! I wonder, if there are any more around here?”

Hearing this, the young panther halted his attack in mid-air, a look of terror came over him, and he ran from the old Doberman until he reached some trees where he could hide.  ”That was close!” he said to himself, “That old Doberman nearly had me!”

A squirrel had been watching all the action from a nearby tree and he figured he could trade this knowledge for protection. He hurried to the panther.

The squirrel told the panther everything that happened and together they formed a partnership.  Obviously the young panther was furious and said to his new friend, “hop on and see what’s going to happen to that conniving canine!”

The old Doberman saw the panther running back towards him with the squirrel riding on his back. He acted quickly and once again he decided sit down with his back towards his attackers, pretending he hadn’t seen them. Just when they got close enough to hear, the wise old Doberman said, “Where’s that squirrel? I sent him off an hour ago to bring me another panther!”

Moral of this story:

Don't mess with the old dogs. Age and skill will always overcome youth and treachery or sometimes well delivered bull can overcome superiority.

The Perfect Revenge or the Sweet Smell of Revenge

The Church Organist and the Pastor

i am sorry for the squirrel, I am sure he'll gonna get it. moral : don't trust a con squirrel

The doberman outsmarted the squirrel. The panther must have had something different for dinner.