Can You Make Money Online at Amazon's Mechanical Turk? 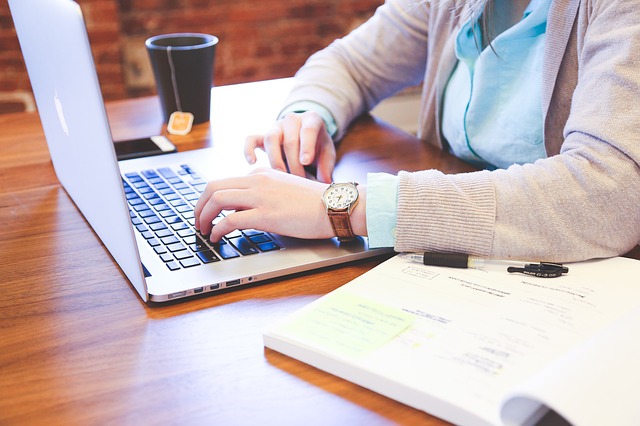 I first heard mention of Amazon's website, Mechanical Turk, in an old issue of Discover magazine. For those of you unfamiliar with the story of the Mechanical Turk, a brief synopsis: A "chess-playing machine" that amazed audiences back in the mid-eighteenth century, it was made in the configuration of a life-sized manikin in Turkish dress sitting at a cloth-draped chess table. You would pay your money, sit at the table and engage in a game of chess. The Turk, whose arms and hands, operated by levers, would move his own pieces, generally kicking your butt. The Mechanical Turk was eventually found to be not a precursor to IBM's Deep Blue so much as a complete fraud, with an actual person (a chess champion, natch) inside controlling the game via magnets and whatnot. Anyway, Amazon borrowed the name of the contraption for its online service, which allows real people to earn money doing things that computers, with all of their fancy-schmancy processing, still cannot do, like identify images or decipher handwriting reliably.

The article scoffed at the absurdly low pay offered by Amazon to the "Workers", which is likely to be less than a nickel per HIT, or Human Intelligence Task, but I was intrigued, nonetheless. My employment right now consists of teaching, which, although I love it, is a part time gig, along with writing and the occasional portrait commission, so I have pretty flexible hours. What would it hurt, I thought, to try to pick up a few bucks on the side? It seemed like more of a sure thing than, say, eBay, so I hustled on down to www.mturk.com , and set up an account. That part was very easy, as I already had an account with Amazon, so all of my information and password was on file, and I was good to go.

Thousands of possible HITs were presented to me. It was a smorgasbord of available work. But wait! Not all of these HITs were up for grabs, I found out. For some, you have to qualify. Sometimes, qualification requires taking a test (they've been easy so far); other times you need but to ask for the qualification; sometimes you will never get the qualification because it is tied to your location or something else you can't help. Most of the time, however, the sole qualification is that you do not have a completely miserable record of completing HITs. If you don't feel like qualifying for anything, you can select only "HITs Available to You", of which there will still be thousands. This is what I do.

Once you see a HIT on the list that interests you, you can look at it before accepting it. Make sure you can do it before accepting it, because you may adversely affect your ratings if you can't do it. To wit: HITs can either be "submitted" (you accept a HIT, complete it and send it for payment), "returned" (you accept it, but decide you don't want to do it after all), or "abandoned" (you run out of time working on it, or you do something other than submitting it, like closing down the program-be CAREFUL using your browser buttons, here-I have abandoned HITs by mistake simply by backing up). Of HITs that are submitted, some may be rejected if you didn't do them correctly. Returned, abandoned and rejected HITs will affect your rating. Your rating starts at 100%, and it's pretty hard to tank, but if it dips a little, you can pick it back up by doing a bunch of cheap, quick tasks that are hard to get wrong. There is a very comprehensive dashboard that allows you to track your submitted HITs, earnings, ratings and such.

So, after spending some time doing this, I can report the following: Yes, the pay is dooky (absolutely don't do this if you have to pay for time on the internet), but it's weirdly addictive, like playing some kind of video game, or taking a quiz for fun, so I guess I can just look at it that way-I'm getting about a dollar an hour to play computer games. I see a lot of dishonesty going on there, though: There are a lot of HITS to rewrite paragraphs of text, obviously to make plagiarism untraceable. I actually took one of those HITs, but I improved the writing so much by making it more concise that I actually ran out of time trying to pad it back up to the required word count! Aw, I missed out on about 30 cents doing that. I've also seen some HITs that requested a "personal experience" story about using a particular product or service, but state openly in the instructions that you can make it up! So much for testimonials. A lot of these HITs are for articles of 150-400 words, and they only pay about a dollar each. You don't even get to pick your own topic, and of course, it's 'ghostwriting'-somebody else will get the credit for your work. I actually prefer the more mindless tasks, like classifying stuff, highlighting text, identifying pictures, etc. you can also take surveys; those are cool and pay a little more (like .25 - 1.00, as opposed to 5 or 10 cents).

You certainly can't make a living doing this, but it is kind of edifying seeing my account balance go up (after 2 days of work, which amounted to about three hours all told, it was up to $3.19, which I can have transferred directly to my bank account. Hoo-ee!) I've decided the only person who could actually make any money on this is someone who already had a job, one that contained access to a computer with broadband and long stretches of downtime-I've had plenty of jobs like this while temping-so you could just sit there, collect your regular pay, and make a little extra on Turk while keeping yourself occupied.

So, with the absolutely dreadful "compensation", how does Mechanical Turk even stay in business? I'm guessing that there are many workers from other countries, where a penny a task might actually result in some sort of living wage, especially if one spent many, many hours working on such tasks. I envision rows and rows of people sitting in rooms filled with computer terminals somewhere in Asia, typing and clicking away. Sounds sad, but it probably beats tying knots in Persian rugs or breaking down toxic metals from electronic components in recycling centers all day. What makes me suspect the international aspect of Turk are the HITs for writing that adamantly stress English skills with directions such as "must be written in American English", "you MUST be fluent in English", and "if English is not your first language, do not accept this HIT"! Well, guys, if you want to get American writers, maybe you should pay better--just a thought. Life is expensive here!

How to Be a Better Student

It was a Sexist Remark, Meant to Make Me Feel Better

I've made a few dollars there, but I think I just ended up adding that to an Amazon purchase. I don't think I've been back to it for a couple of months.

I do like being able to apply my meager earnings to Amazon purchases, which is probably what Amazon is counting on. It's like the old days of the "company store"!

This sounds like a combination of the "tasks" one can do on a "pay per click" site and the article-writing for cash one can do on a site like "Hire Writer". I might take a look.

Sounds interesting but with school and the writing sites I am working with now along with researching for my current articles I do not think I have the time for such a site.

I have never tried it out. Thanks for the review of how it works

I recently read an article about an Indian who was up to $40 a day working 10 hours daily and "farming" out work to others for a cut. MTurk shut him down for violations. India does hog much of the work. I am a vet of MTurk of several years and the biggest complaint is the worker receives no support or means of filing protests. The Amazon attitude is the customer is right no matter what and we can lump it. Other than that it's okay as long as you realize you will never come close to an hour's minimum wage in a day unless you are a typist or whiz at the higher ticket items. There are many dubious tasks which you can quickly recognize. I do nothing requiring any form of writing and it's a pet peeve that a task will say nothing about essay answers while claiming it's just 5 minutes. I stick to interesting surveys and the mindless tasks. The vast majority of tasks pay just a penny a hit but you can make more than at PP unfortunately.

Sounds like some of the Tasks that they have at CrowdFlower on Swagbucks. Some of them are simply lame like trying to read what is printed on a wine bottle when the image is blurry or having to look at 20 images and pick out the one that best represents a camel.

Amazon Turk rejected me for no apparent reason. They do this a lot and to be honest, I am glad they did as it all sounds over complicated.

I think I checked it out some years ago but never bothered with it. It's interesting to hear what kinds of jobs can be offered.