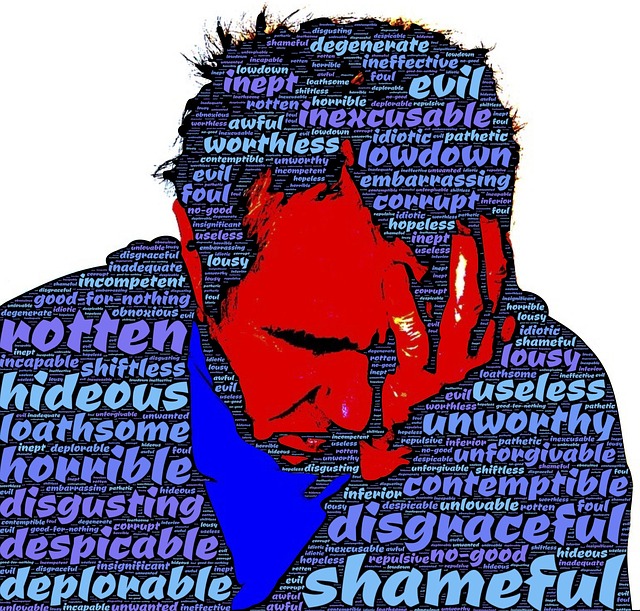 There were many people at the gathering in Gouda whom we knew, and some we had never met before.

Generally, the behavior exhibited was very good. The visitors tended to split off into language-based groups, with the French speakers in one classroom, the Dutch in another, the Germans in a third and the English in a fourth. However, many were socializing around the different rooms or at mealtimes quite happily, chattering across language barriers and making new friends as well as catching up with old mates they'd not seen in a while.

However, I did wonder what one or two of the delegates were actually doing there. They didn't seem to mix often and made almost no attempt to open conversation with anyone. One person in particular had elected to bring his demons with him instead of packing them away at home.

During the course of the weekend, he:

Overheard conversations included the fact that he had not traveled widely outside his native country (hardly surprising, given his stellar level of behavior subsequently!), that he was not in a good place mentally, and that he was on prescription medication. None of that was going to go well with the amount of spirits he was chugging back, and all of it was excruciatingly embarrassing to those who attempted to include him in events.

I do believe that if he had been in possession of enough money and the ability to think straight, he would have betaken himself off to Amsterdam, there to live out his drug-and-floozy-filled fantasies for the rest of the weekend. As things turned out, I rather wished he HAD done that, as it would have caused us a lot less hassle.

I sometimes wonder if people like that are running from themselves as much as from the circumstances in which they find themselves, and just end up being more and more embarrassing to be around until they are forced to seek professional help to sort their lives out.

I'm sure many of you have had to deal with similar situations among your family and friends, or maybe are still dealing with the fallout caused by their behavior. It's the first time I've come across it in the retro-computing scene though, as generally the guys are friendly, open and old enough to have dealt with their troubles already.

Yes, I took a group of business colleagues on a study visit to Belgium a few times. One year, someone like you mentioned was sent along. His boss should never have sent him. Another one was mentally ill and had delusions of grandeur, putting it mildly. This was not a cheap visit and was totally work related. I still wonder if their bosses wanted a week free of irritations!

I never have dealt with someone that bad. Not surprised he ended up in jail

This one was mighty lucky he didn't end up face down in a canal. When he was drunk he was horrible and when he was sober he was miserable. Couldn't win, really, and as I was one of the few females at the event, it felt more threatening to me knowing that he had expressed an open wish for an Amsterdam-style weekend of excess in all areas. I believe he has now been told in no uncertain terms that he will not be welcome at any event again until he cleans up his act. Whether he's ready to take that step or not, who knows? We certainly could have lived without his irritations as we had been planning this trip for over 2 years. Glad to hear I'm not alone in the experience though.

Worryingly, I was told he had admitted that it wasn't the first time an evening out had ended up like that. Now, if my evenings on the lash routinely involved visits to the local copshop or lifts home in a patrol car, I think I'd be looking to straighten up and fly right pretty soon, no matter how much willpower it took. He's not in any way representative of the wider retro computing scene - if he was, I'd not be involved with it. Most of us know our boundaries even if we do end up with sore heads the next day occasionally. There's a difference between a sore head and police involvement, after all.

It is hard to say what the individuals problems were but I would say he as definitely dealing with issues far beyond his own ability to control. I hope he gets the help he needs before his behavior goes from embarrassing to injurious.

I fear his liver is already on the road to ruin. Should he be alive long enough to need a transplant, it'll be the NHS bearing the cost, however, as he has no money (and less sense!). Thing is, I hear he's a good coder, on the rare occasions he's sober. Maybe being cast out of the scene will shake him up enough to wake him up somehow? As I say, who knows? I barely know the chap, but I wasn'r comfortable with his behavior, certainly.

You are darn lucky you did not get hurt or killed there.

He wasn't physically violent towards me, but his tone was threatening, always going on about finding the red light district and so on. Various males at the event said he was deeply unpleasant to be around when he was drunk, and I was generally advised to remove myself from his vicinity before that point. However their descriptions of what did happen later were graphic enough to turn my stomach and I was rather grateful I wasn't present when he did get very drunk.

It also put rather a dampener on what was otherwise an extremely good weekend.

Wow! Sounds like an 'outstanding' citizen made it to your group. Some people have issues. ***smh***

And this one had issues which traveled, allen0187 . Did rather color our holiday memories, but we had a good time over new year telling the one member of the usual foursome traveling posse who couldn't make it this time. Whose absence was the reason why we came into close contact with the subject of this post, regrettably.

I'll pin the blame on the absent member of the travelling posse then! LOL!

Well I would too, especially as she would have absolutely loved Gouda but was unable to come with us for a variety of reasons.