Eating haggis in Scotland was better than in Silverdale 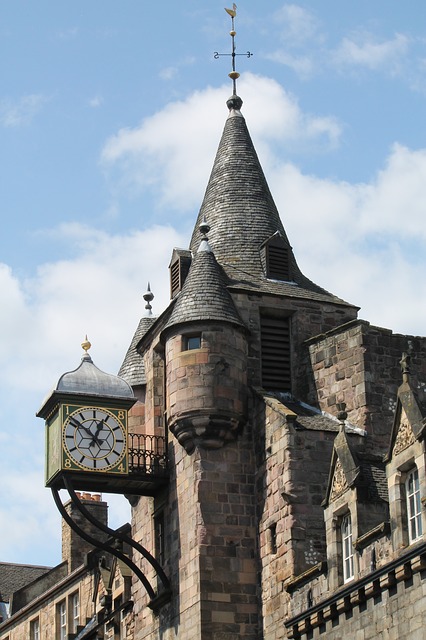 There is a meat market not far from me called "Proper British Bacon." I was in there in late spring and purchased several varieties of bangers (sausages), a haggis, and two pounds of proper British bacon, which is like what some Americans know as "cottage bacon." I have only one package of sausages left in my freezer.

I was in Scotland in December 2006. While I was in Edinburgh, I found a pub where I feasted on a dinner of haggis and mash, and had a wonderful ale to go with it. I had been to the castle that day, and I wanted to get a bite to eat before driving up to Perth.

I had always wanted to try haggis, and I found it to be delicious. I know others, Americans and the British alike, who dislike it.

When I found the store here in my local area, I was excited to buy a small 1-lb. haggis. The other night I took it out of my freezer, cooked it, and boiled potatoes to eat with it. Though I did not gag on it, I do not remember it being nearly as good as it was when I was eating it in Scotland.

Perhaps, it was that there were no people around me with the accent that I love so much. Or, maybe, it was that I had no ale to chase after it!

Either way, I will wait to eat haggis again the next time I visit Scotland!

I want to visit Scotland. I have a Scottish ancestor on my Mom's side. Also, my second son (who is 19) is a big golfer. He has a dream of playing golf at St Andrews. It would be so neat to take him and also see other sites.

It may be i or something that they add to it. But the ale could have been a big part of the taste difference too

I had Canadian bacon and it was very strange from what I am used to. Never had haggis, but I seem to recall an article that said real haggis wan't available in the US for food safety reasons. Wonder if that is the case

I have been to Edinburgh. The castle is spectacular. Don't care for UK cuisine though.

I think it was probably the lack of liberal quantities of ale that made the difference. I know I ate some Korean foods while downing OB Beer that I would never have eaten sober.

Sometimes things that we eat in their place of origin are not the same elsewhere. And the same goes for food from restaurant to restaurant.