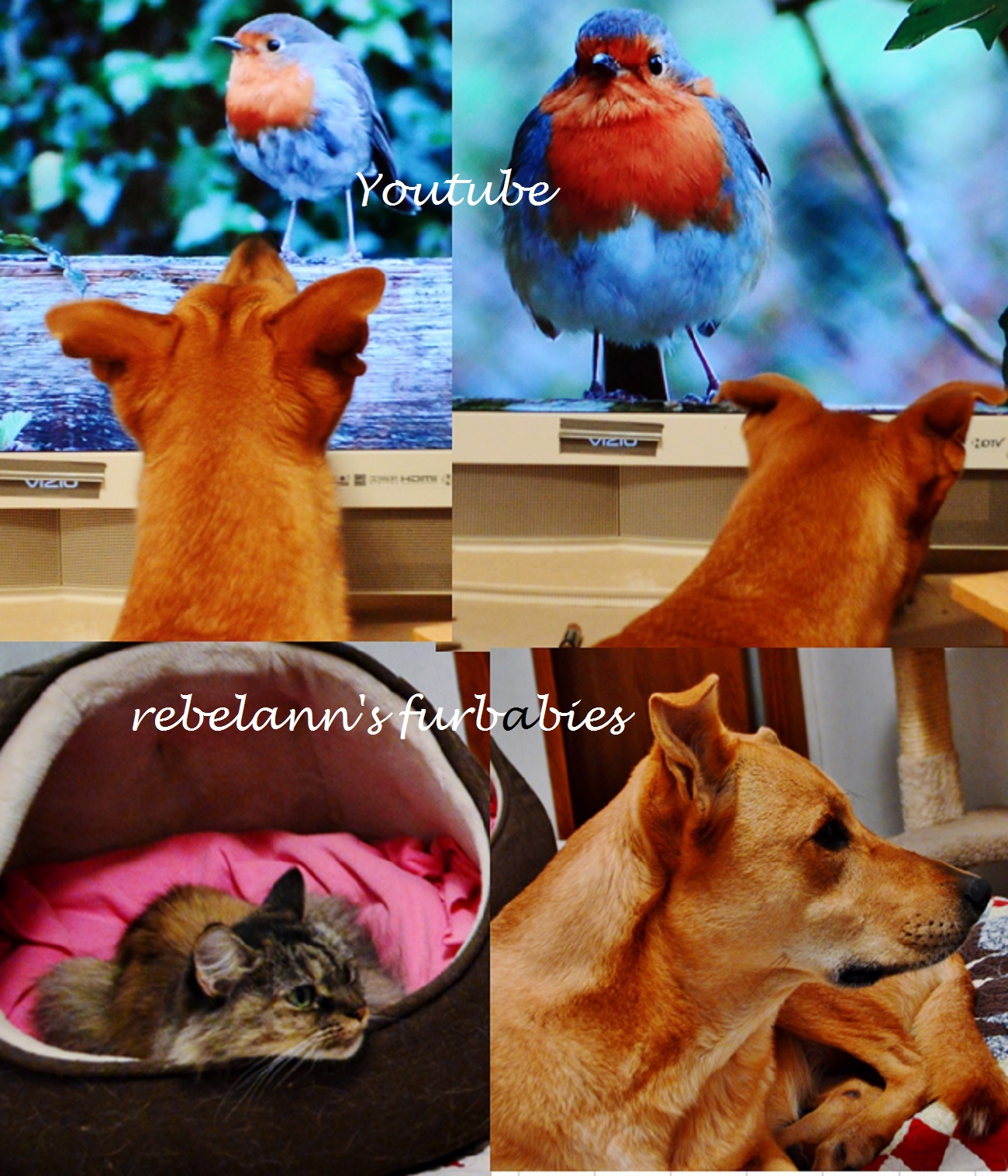 Checking in again, I have been mostly on mylot lately, it has to be one of the funnest (is that even a word?) sites.

They make me laugh, I make them laugh, I do not have to write in correct grammar all the time and it does not take as long to earn.

Speaking of earning, and I hope I am not breaking any rules, has anyone ever redeemed anything here?

I know it is slow, that is ok but it would be nice to know that eventually I will be able to redeem.

Ok, I know, I would have to log in more often to earn but I did say eventually, right?

I just had to include the picture I put in my profile because Ally, my pup, proved dog's are not dumb, she knew that bird was on TV so she went to the screen to try to smell it, then she realized the sound was coming from elsewhere. She did not fall for that video twice though.

Ha, Finally Heard It Was Back

This site just depends on how much you put into it. I have redeemed and was paid quickly and know a few others have also

I know of a few who have redeemed here and I am getting close myself.

Good to see that you are checking in again here.

Many people have been paid and very promptly too. This site just need a more regular and active members to make it one of the best ones around.

Thanks, that's really good to know.

I'm not that prolific when it comes to essays, but I have my moments when I really want to write about something. I don't mind if it takes a while to earn, heck I was patient with bubbs which sunk yesterday so I just wanted a wee bit reassurance.

Ahh, but you are a prolific writer and always seem to have ideas to write about.

I hope you make that goal really soon, I know the sinking of bubs has put a dent in our earnings.

I just cannot think of very many proper essays to write so I'm simply a bit slower, bubbs was easier because I didn't have to worry about correct grammar all the time.

That's good to hear, I was so disappointed yesterday when bubs sunk. I really didn't think it would. Yep, mylot is definitely much more social but I think that depends on the people involved as well.

Looks like I'll post here when I really want to write about something, the only problem I have is that I like writing in tongue which I don't think PP allows. But that's why I have mylot to turn to now.

I didn't know that many people have earned, that's encouraging.

Well, I certainly will be logging in more often if I can find something to write about. It is more fun to write if I don't have to be so correct with grammar usage, sometimes writing something in the same manner as we'd speak it is much more fun.

Saying bye-bye to the B did hit my accounts receivable hard, but not having to spend time there means more time here and at mL.

Well, when bubblews sank I didn't have anymore excuses not to spend more time on Mylot or here, but I must admit that Mylot is more fun, this site does seem to be geared towards writers who can actually really write well. I'm still working on writing well, in the mean time I'm having fun playing with Ally and that squeaky toy I bought her more often.

I already redeemed here twice. But that was a year ago.

Wow, you must really write a lot. I'm mostly into photography, not professionally, I just love to take photographs.