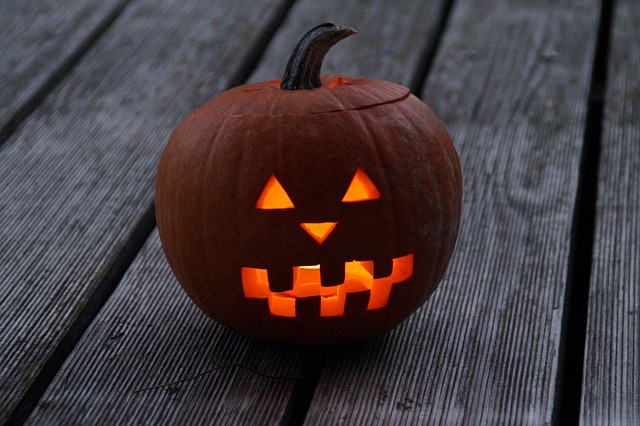 When her doorbell rang, Mable shuffled towards the door. She opened it to see a young man dressed as a pirate, and a kid dressed in a full-body Minion outfit from those movies her grandkids loved so much. The Minion held out a pumpkin bucket and in a soft, muffled voice said, “Trick or treat.”

“Aren’t you adorable,” Mable said. “And what’s your name?”

The Minion pulled the bucket back a bit, but didn’t answer.

The pirate patted him on the head and said, “Billy. He’s just a little shy.”

“I have a grandson that’s the same way.” Mable chuckled as she dropped a handful of mini candy bars into the bucket.

“What do you say?” the pirate asked.

The pirate smiled and told Mable, “Have a Happy Halloween.”

Out on the sidewalk, in his regular voice Bill said, “I can’t believe you talked me into this.”

Tom, the pirate replied, “Hey, we split the candy and I’ll buy you a beer later.”

“This is so humiliating.”

Tom smacked his shoulder. “You brought a smile to an old lady’s face. Because of that will they kick you out of the Little People Society?” After a moment, Tom gave an evil grin. “I know they have short fuses, but come on.”

Bill stopped and looked up at Tom for a moment. Lifting the bucket he stated, “For every short joke you tell tonight, I’m taking a piece of your candy.”

Tom nodded. “I guess that’s a small price to pay.”

Putting his arm around Bill, Tom said, “Well then, we’re going to have to hit a lot of houses for me to get any candy tonight.”

Bill walked to the next house, muttering words children shouldn’t use.

I can believe it has been done too lol

Cute story! I haven't been in a bar in years, but I'm guessing the price of one or two beers would buy a lot of candy rather than participating in the charade, but it's only fiction, right?

Great idea for a story. Enjoyed that one! And they DID bring a smile to an old lady's face!