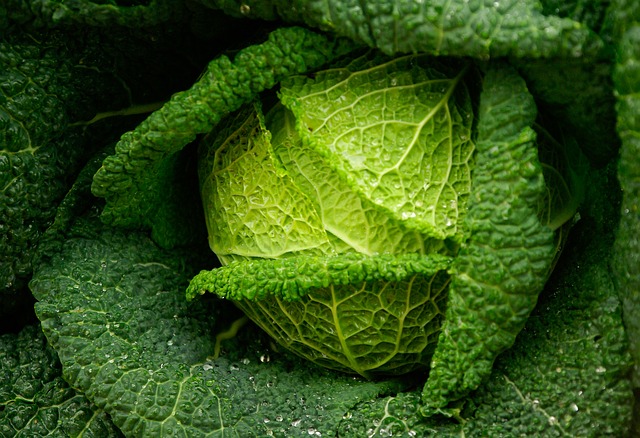 I used to make all my food from scratch. Chopping, dicing, shredding were all tasks that I would painstakingly accomplish to feed my family and friends.

Since living alone for quite a long time, I still bought food as if I were doing the same, but found that I would have to throw so much away. Now, I splurge on prepped foods more often, which is more expensive, but saves on time and waste.

Last night I chose an Asian Chopped Salad Kit from Taylor Farms . I sampled it at Costco recently, but purchased a smaller bag at the commissary on base.

It was a slaw made with savoy and green cabbages, carrots, cilantro, and more, and came with a sesame ginger dressing and a packet with crispy wonton strips and sliced almonds. Everything is pre-washed and ready to assemble. It took me just a couple of minutes.

I enjoyed this salad immensely. Rather than have it as a side dish (serves 3.5), I made it and ate the whole thing as my dinner.

I probably could have done without using all of the dressing, since I was eating the whole package. The dressing is the majority of the fat and sodium content. Even so, eating the entire bag, as prepared, was 560 calories. (I will ignore the fat ratio and sodium for this one time.

The nutritional upside to it, was that it was filling, and gave me my daily Vitamins C and A requirement.

This is a salad kit that I will likely purchase again, if I need to bring something to share for a potluck dinner.

I like some of the prepared foods as well. This salad sounds good.

The link shows you a picture of it. It's true to the photo.

That does sound good. It reminds me of an Asian type of salad that they had at Wendy's fast food awhile back that I enjoyed. I wonder if they still have it. I need to inquire.

I am glad you enjoyed your salad. Salad kits are something K and I have embraced now that we are empty nesters. We never seem to get through a whole head of lettuce, cucumber, green pepper, or tomato anymore with out the last bit going squishy and odd smelling.

I am right there with you. I love buying the big clamshell packaged organic field greens, but they seem to rot faster than I can eat that whole field of greens!

The only thing I eat at Wendy's is a plain baked potato and top it with a small bowl of their chili and onions. YUM!

Some of those prepackaged salad mixes are good. I actually made my own tuna salad today. I shredded some fresh carrots and chopped a small piece of onion. And some lettuce. Added Mayo and had a diet coke. A good lunch I must say. And today, what a day. Nice and warm again. Well, only for a few days.

Sure, come over and I will make you lunch today. Nice!!!!