Friday and the Morning Update 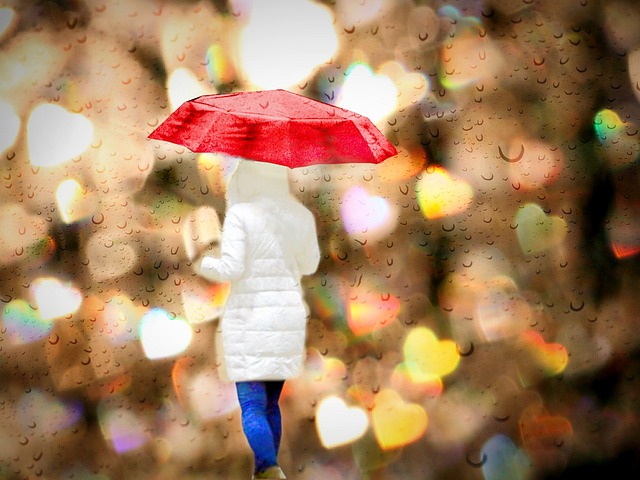 I tried writing from my cell phone this morning, but it would not upload. I do not have the smartest phone on the block. Yesterday, it worked well enough to post twice. Now, it is giving me fits. (I will NOT go back and edit the past two posts for lack of punctuation and capitalization. I hope you realize JUST how crazy that makes me.)

It is 10:00 a.m. and I have been up, showered, dressed, downstairs for a continental breakfast, packed, and the few dishes I used in the kitchenette are in the dishwasher and running. Check-out is at 11:00.

I saw RGD briefly last night. I was so exhausted not having slept (literally) but about an hour since Wednesday, and four total since Tuesday, that I could barely keep my eyes open. He was in good spirits, though he was starting to get sore. He had not wanted any pain medication since he got out of surgery.

I found a card for him that I could not resist, after some of what he was saying, when he was loopy. You have to know him, because he is one of the most shy, quietest people I have ever known, and gets embarrassed about anything that is of a bawdy nature. 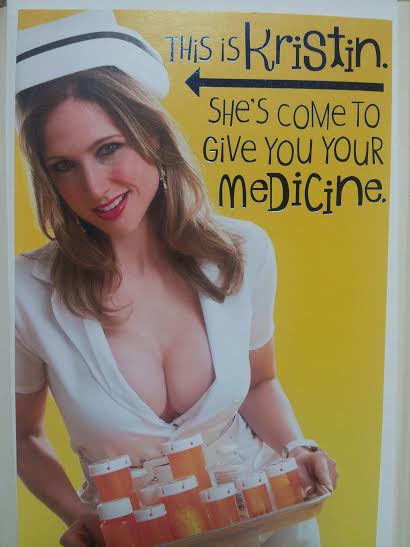 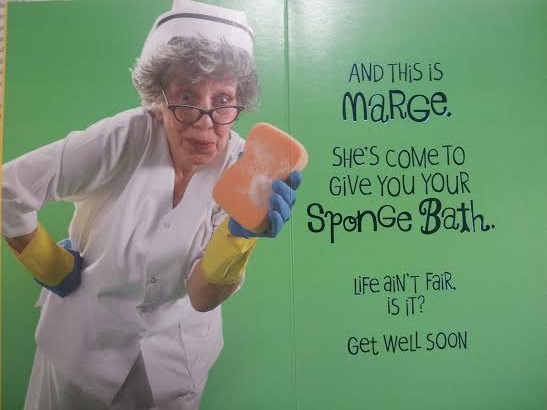 His response last night (after reading the card): "At my age (64), Marge is even looking pretty good."

I stayed about an hour, and since they were going to get him up to clean him up, get him in a clean gown (he was still in the one from surgery), and walk him about 9 p.m., I took that as my cue. He was wise to ask for something to take the edge off before the walk.

I stopped by one of the mini-markets on post for a bottle of water and some boiled peanuts. With so many southerners stationed here, they certainly cater to a particular population, so I had Cajun-style boiled peanuts and water for dinner. I barely remember eating them and watching some stupid sitcom show for nearly 45 minutes, before I turned off the world and crawled into bed before 11 p.m. I remember nothing until I woke up at nearly 8:30 this morning. I feel better than I have in a long time. It is amazing what a little sleep will do for you!

RGD will likely be released mid-afternoon, so I will need to get him back to his place, and make sure anything he will need is within his limits. He claims to not need the help. He will not be able to drive for two weeks, so I will get him for his follow-up on Wednesday.

Once I get RGD home, I am going to try to get to a Creative Circle of Women Meetup this evening that I signed up for last month. It is at 6:30 p.m. After that I will need to drive home, so I will not likely be to bed again before midnight.

Tomorrow I MUST get out to get my nails done. It has been nearly six weeks and they are impeding my ability to type accurately, and looking ratty, as well. Monday, I my own doctor's appointment, and other things to do. I do not even remember what my calendar looks like in the next three weeks, but I know it is too filled to not write things down. I think I am busier not working, than I am when I teach the workshops.

So, I do not likely have too much time today to read and comment, but I hope to have some time this weekend to catch up with what is going on in your world. Thank you all for reading my posts as you have been doing, both current and past, to help keep me afloat and focused on my goal of 100+ coins a day. Even yesterday, I earned 123 coins, and 20 coins since midnight. Again, I thank you.

Now, time to finish the packing, make my way through the rain, and find my car in the back parking lot, and then check out before I get to the hospital! Take care!

the second check in of the day

Drive safe. And I'm glad he came through surgery well.

Whew, I can become worn out just from reading about what you have on your plate. Please let RGD know we're pulling for him. : )

Be careful driving and, nap if you must.

I bet Marge could knock that silly grin off a guy's face and then put another one right back on it. 😁

The card you gave RGD reminds me of a hospital stay I had years ago. The nurse I had, Marge-like, was being shadowed by a student nurse, not quite Kristen-like but very cute. I hope RGD will be sensible about what he can and can't do while he recovers. Pushing to far to soon was how I wound up in the hospital after my outpatient gall bladder surgery years ago.

Glad to hear you got a great nights sleep. You really do need to check out getting one of those hotel beds. That is when you seem to sleep your best. lol

I'm very happy to see that you were able to get a lot of sleep last night. I like your get well card very much.

You are a dedicated friend. Get some sleep before doing all the driving you have to. And get home in one piece.

That card is a hoot, and RGD's response was priceless. Actually Marge does look kinda ornery!

Glad to hear he came through surgery well. And very glad to hear you got a good nights sleep. That is so important especially with a schedule like yours. God bless you in all you do.