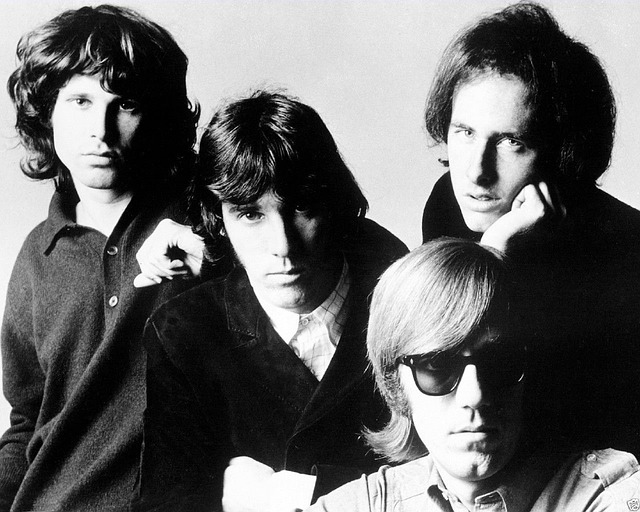 Contraversy isn't a real word but if it was would it mean the opposite of versy? I suppose it would if versy were a real word. But it isn't; at least as far as I know.

I typed controversy into the Pixabay search engine and got a picture of Jim Morrison and the Doors. At least I'm assuming the rest of those guys are the doors. I recognize Jim Morrison but never paid much attention to the rest of the band. To me they were always just the Doors . Whether or not they had names of their own was something I didn't really care about. I'm not one of those who needs to know everything about everyone in the band. If I like the music and I know the name of The Band , I don't need to know the name of anyone in it as far as I'm concerned.

I was an Eagles fan for years before I learned that Joe Walsh was the name of one of the Eagles. Glenn Frey might be one, too. Maybe Don Hensley . Okay, the Eagles may be the exception to the I don't know the members of bands whose music I like.

The Beatles are a band whose members names I do know. Who doesn't know Donatello, Michelangelo, Rafael, and Ringo . Or were they in a different band. I know for sure Ringo was a Beatle. Maybe the others were Peter, Mickey, and Davey.

No, they were Monkees . Or was Peter in a trio with a guy named Paul and a girl named Mary. That's right! Peter, Paul and Mary left on a jet plane to meet John, Paul, George, and Ringo under a pretty lemon tree back in the USSR where they caught the last train to Clarksville so they could meet Momma Cass at the station where she was California dreaming on such a winter's day.

I was going to write a controversial post but I guess that didn't work out. I kind of got sidetracked by the whole Jim Morrison thing. Anyway, enjoy the music.

A Quiet Day On The Shore Of Buzby Beach

An Afternoon At The RV Show

This is great humor and it really gave me a laugh. I hope the younger generation can appreciate the humor in this post.

I loved your post. Have you seen this? http://www.gocomics.com/pearlsbeforeswine/2014/10/19

LOL, this is very stream-of-consciousness and funny. I believe that's Ray Manzarek in the sunglasses, but I don't know the other guys' names.