Improve Your Vocabulary in Three Easy Steps: Step One 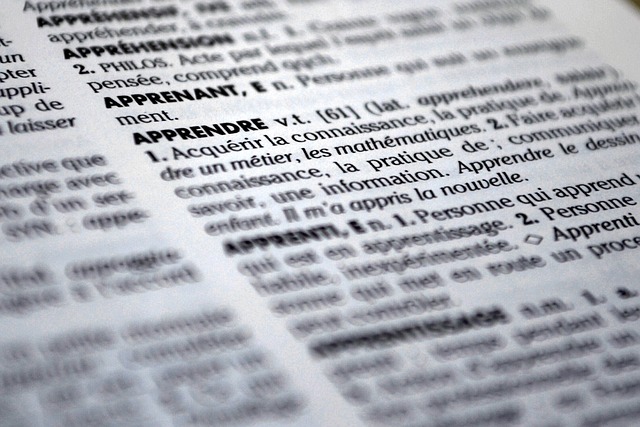 Improving your vocabulary is not necessarily a function of learning larger words-it's more about learning to express yourself more accurately. If you have more words at your disposal, it's easier to pick the right one that will convey the precise shade of meaning you intend. For example, one day I was listening to a conversation between two coworkers when one of them said, "...and then I had an epiphany". A fourth coworker, who was also nearby, said, "What's an epiphany?" The speaker clarified by explaining, "It's like a religious experience." "Then why didn't you just say 'religious experience'," she asked, dismissively. Annoyed by this willful ignorance, I chimed in, "Because he knew about 'epiphany'!"

The larger story here is not really about butting in to other people's conversations, or about being snotty when people use words you don't know. The point is that 'epiphany', which actually has a more precise definition than 'a religious experience'-it's more like 'a sudden realization that hits you as though it were a religious experience'-is a good word to know, considering how specific (and wordy!) its definition is, and how commonly the feeling it expresses strikes us. Unlike the kibitzing coworker, some people appreciate learning new words. To this end, I will present you with three easy steps to achieving a larger vocabulary, and we shall start with Step One:

1. Reading . The best way to learn new vocabulary words is the most enjoyable! Read like crazy. Both fiction and nonfiction can reveal new words to you, although nonfiction, especially if it's about a subject with which you have little familiarity, can really be a treasure trove. I'd caution you about diving into something that you know is going to be hard to get through, though-there's no point in suffering! It might make the words harder to learn if you have to fight off boredom and frustration to get to them. Reading is a natural way to learn new vocabulary.

As those of you who have studied a foreign language will know, it's easy for spoken words to just "bounce off" without leaving much of an impression. But when you see the words written out, you can associate the sounds with the spelling, you can spot similarities with other words, and you have a chance to go over it until you just plain puzzle it out. You can figure out lots of stuff through context, which is to say how the one word you don't know is used in a sentence with words you do know - for example, what if you didn't know the word 'mandible', but saw this sentence:

Dave's mandible, broken in the car accident, had to be wired in place to heal, so he had to sip liquids through a straw for several weeks.

I'm pretty confident that you could work out that a mandible was a jawbone. But what if Dave broke his 'sternum' and had to be in a body cast? A body cast covers lots of stuff. You might not be able to figure out that a sternum is a breastbone just from context. How to address this problem? Find out next time in Step Two!

Great series idea! We can all use a better vocabulary!

I've realized of late how much my vocabulary has suffered through the years. I am a devoted reader and pick up new words all the time. It's interesting to note, too, the words in usage these days as opposed to even just twenty years ago. Excellent idea and suggestion. : )

yes, reading is an excellent way to learn new vocabulary. I have also learned new vocabulary by interacting with followers like you on Persona Paper!

Man oh man I wish I knew how to read. In all seriousness, with as tough as life is already, I can't imagine what life would be like unable to read.

While mandible is the correct word, even most doctors would say jaw. The word mandible is more often associated with insects and other creatures on which it is an external mouth part. I only point this out because I am in a facetious mood this morning.

Unfortunately for me, over the years my concentration span has diminished that I don't read books much any more! My main source of acquiring new 'words' is on posts such as this and being addicted to Cryptic Crossword Puzzles

I will follow your posts and garner more words to help me conquer those pesky puzzles :)