A Ghost Town of the Wild West 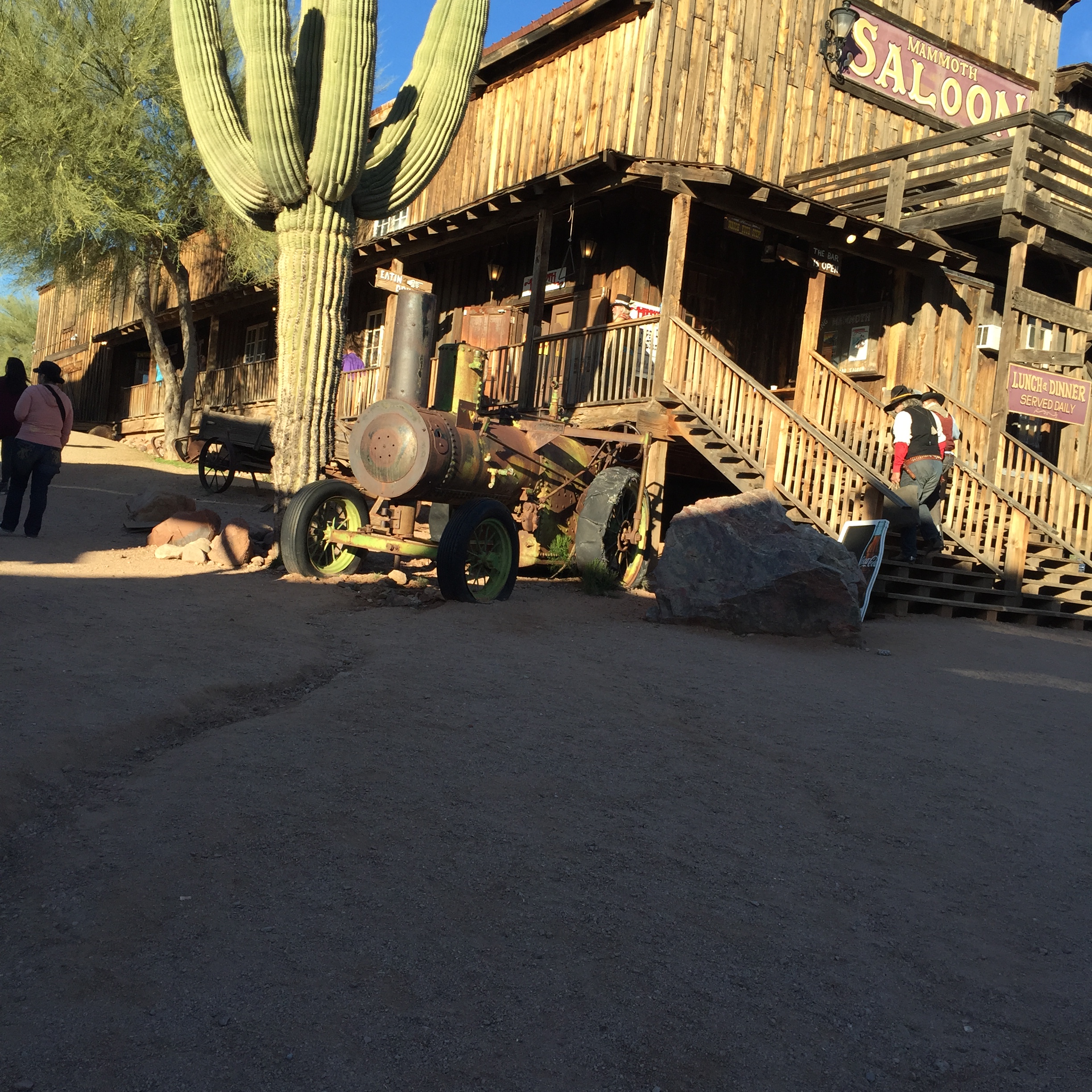 Not far from Phoenix, in Apache Junction, there is a different type of tourist attraction: Goldfield Ghost Town.

Goldfield was a mining town back in the time of the Wild West, only for a short time, while they were mining gold in the vicinity. The town is at by the Superstition Mountains, where the gold had been found back in the late 1800s. Mammoth Mine opened in and with it, a new settlement was born. The place became a town in 1893, and it grew until the mine ran dry. At that point, only five years after it officially became a town, Goldfield was abandoned. A few prospectors remained, since they heard the legend of the lost Dutchman's mine in the mountains (hence the name the Superstitions). They must have found some gold because they town became inhabited again and in 1921 it got a new name, Youngsberg. It didn't last long under the new name either.

It would've stayed a ghost town with no one ever seeing it, except occasional visitors who might have stumbled upon it, but in 1966 a ghost town enthusiast bought the land and rebuilt some of the old buildings, as well as the mine, and opened it up as a tourist attraction in 1980. As a tourist town Goldfield has lasted the longest. In fact it is still standing.

We visited it a few times, it is an interesting place, full of history, in a beautiful setting against the Superstition Mountains. To make it more interesting, on weekends there is an old Western show, a gun-fight reenacted in the center of the town every hour. A narrow-gauge railroad takes visitors around the town while explaining some history. There are carriage rides, a tour of the mine, and even a zip line, the newest attraction.

Looks like finally the town found its purpose, and it's here to stay.

Inside a Salt Mine - in Turda, Romania

Here in California there is Calico Ghost Town outside Barstow that has been a tourist attraction forever.

LOL. Just can't have a ghost town in the wild wild west brought back to life without throwing in a gun fight. Interesting. :)

They seem to be pretty popular attractions.

:) of course the gunfights have to be part of it. Thanks for this comment; it made me smile :)