Dog Owners Should Have Mandatory Training 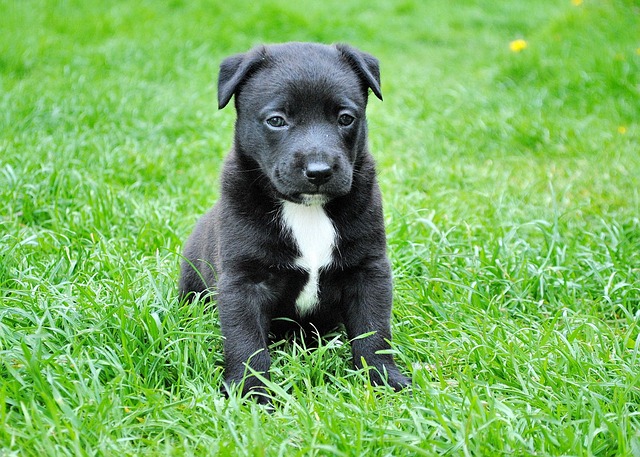 It's in the news far too often: a dog escapes from its owner and attacks another dog or a passer-by. After the ensuing media frenzy the dog is put down and its breed is vilified.

Professional dog trainers including Cesar Millan and Brad Pattison have emphasized that it's not the breed that makes a difference. The problem doesn't always originate with the dog, either. It's the people who influence the dog. Dogs are pack animals, and they need to learn their place in the pack. When a dog thinks that it's the alpha, usually due to poor communication from the rest of its 'pack', it will behave accordingly.

If dog owners took courses on how to train their dogs properly, problems wouldn't occur as often. Think about it: we all need to undergo testing of some kind in order to prove competency at something, particularly if that something is potentially dangerous. There are tests to graduate from school, to drive a car, to get a job. Why not in dog training? It would certainly prevent many dog-related accidents.

My late aunt had a long succession of dogs over the years, beginning with a lovable beagle named Sheba. Every one of them was friendly and among the most well-behaved dogs I've ever seen, because she trained them properly. Dogs respect those who respect them.

I can hardly say the same for the miniature collie I encountered yesterday. The owner wasn't holding the leash closely enough, and as I walked by the dog lunged at me and scratched my leg.

Now Is The Time

I tend to agree with @AbbyG in that "you can't fix stupid" (as comedian Ron White says). I think a better idea would be for the animal shelters to work with psychologists in devising a test to see if the person should own a dog. There's something in one of the local shelters where the animal is color coded based on its personality so the person can pick one suited to their life. If they gave a test to the potential owners they could see if they're fit to be pet owners, and if so, what breed would best suit them.


Unfortunately, most, if not all, animal shelters are so horribly overcrowded and short on funds that they'll gladly ship an animal out to nearly anyone willing to pay the money, regardless of the hell they might be shipping that dog or cat off to.

I tend to agree with you on this one. Unfortunately, I think it would fall in the category of "I do what I want!" in most of North America. People think pet ownership is a right, and that they can do whatever the want as long as their dog has a license. Many dog owners don't feel any responsibility to spay or neuter, to pick up after their dogs, or to keep the dog on a leash. They certainly wouldn't agree to having to take dog training classes...

I agree--too many people get a pet without having a CLUE what it needs and how to keep it safe and healthy. Pets are not decorative items for the home, or toys!

I agree with you about people who want a dog being trained first. My wife and I obedience trained dogs when we were first married and still make sure our own dogs are trained. This is more important now that we only adopt rescue dogs whose past we may know nothing about, like my Ace. After six months he's still getting used to the idea that I'm not going to hit him when I reach to pat him. He's okay if I'm sitting down but if I reach towards him while I'm standing up he cowers. I'd like to meet the SOB who did that to Ace and I'd teach that person to cower in fear like he/she did Ace.

That is right. This is a responsibility that every owner should understand